7 2017 June
42
New information on the attack of unknowns on the Iranian parliament continues to be received, at the moment it’s known about one dead and eight injured as a result of the attack, the agency reports Tasnim. 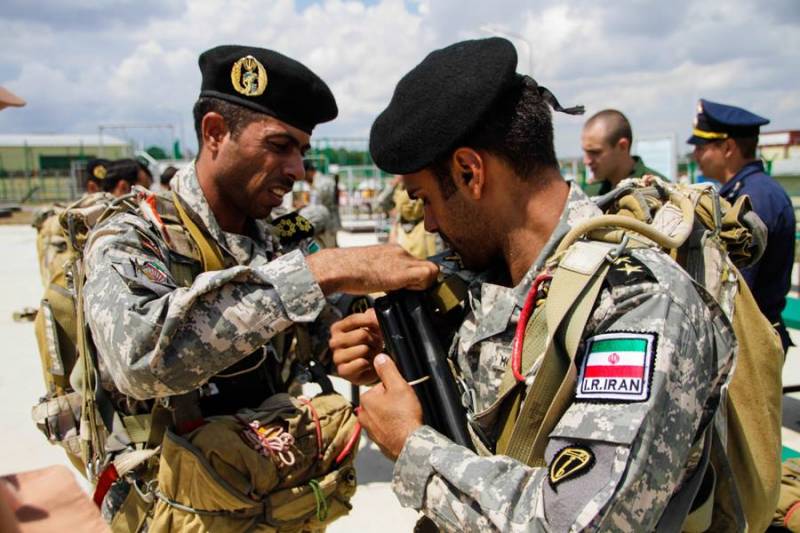 It is also reported about the shooting in the territory of the Imam Khomeini's mausoleum in the south of Tehran, one person was killed and five wounded.
According to the agency, the deceased, like the two wounded, are members of the guard service of the parliament, another victim is a visitor. The attackers, according to Tasnim, are three men, armed with a pistol and Kalashnikov assault rifles. It is reported that they took several people hostage. The identity and goals of the attackers have not yet been established.

As the Press TV, Parliament was attacked by at least four people. MPs say they were armed with Kalashnikov assault rifles. Earlier it was reported that one of the guards of the parliament was killed. Parliament building cordoned off.

As reported by Fars, one of the attackers is a suicide bomber, he is surrounded by security forces.
It is also reported about the shooting in the territory of the Imam Khomeini's mausoleum in the south of Tehran.

According to ISNA, one of the attackers at the mausoleum blew up a vest with explosives. Another attacker eliminated security. Reported dead and five wounded.

In addition, an explosive device was deactivated near the mausoleum building.

According to the Iranian agency Fars, the responsibility for the double terrorist attack in Tehran was assumed by the Islamic State group.

Ctrl Enter
Noticed oshЫbku Highlight text and press. Ctrl + Enter
We are
Competitions FSKN Rossi tactical shooting - 2014 yearResults of anti-terrorist work on Dagestan in April 2014
42 comments
Information
Dear reader, to leave comments on the publication, you must to register.