Another submarine of the US Navy arrived in Japan

2 2017 June
13
The US Navy multi-purpose nuclear submarine Olympia (Olympia) of the Los Angeles class arrived on a visit to the Japanese port of Yokosuka as part of its deployment in the Indo-Asia-Pacific region, reports Flot.com with reference to Navaltoday. 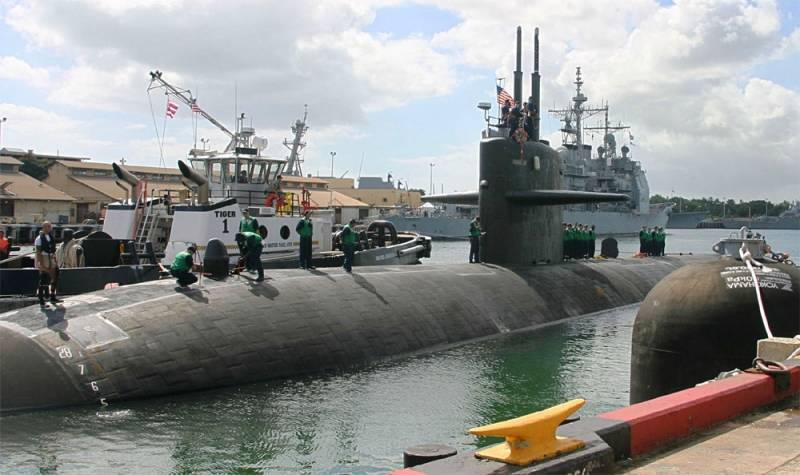 It is reported that over the past two months, "Olympia" has become the third submarine of the "Los Angeles" class, which visited Japan. “Earlier, the Santa Fe and Cheyenne submarines came to Yokosuka and Sasebo. And the South Korean Busan visited the Ohio-class Michigan submarine (Ohio), converted from a carrier of ballistic missiles to a multipurpose Tomogawk cruise missile submarine, ”the publication said.

According to the US Navy, "Olympia’s visit aims to strengthen US-Japan cooperation." However, military experts attribute the increased activity of the American fleet with the aggravation of the situation on the Korean peninsula.

Olimpia launched the 12 in May from the permanent port of Pearl Harbor in Hawaii.

Help resource: "Olympia" - 29-I from 62 built submarines of the class "Los Angeles" (now in the US Navy there are 35 submarines of this type). Transferred to fleet in 1984 year. Los Angeles-class submarines are armed with four 533-mm torpedo tubes and 12 vertical launchers of the Harpoon and Tomahawk cruise missiles. "