31 May 2017
58
The government of Kazakhstan adopted a resolution on the National Pantheon. This is a monumental building in Astana, on the territory of which burial is supposed to be carried out. On the portal Zakon.kz published a list of positions and titles of those who after death can be buried in the National Pantheon (NP RK). In the first place in the list is the entry “Presidents of the Republic of Kazakhstan”.

The list further states about the possibility of burial in the NP of RK of family members of the presidents of the Republic of Kazakhstan, as well as the chairmen of the government, their deputies, ministers of various government ministries, akims (governors) of regions, heads of departments subordinate directly to the president. 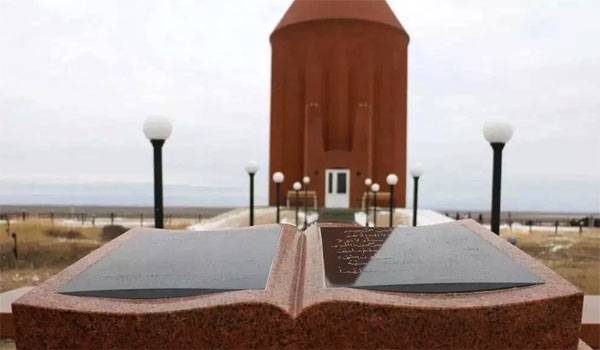 In addition, the National Pantheon is expected to hold the burial of Heroes of the Republic of Kazakhstan, as well as Heroes of the Soviet Union and the gentlemen of some orders of the republic. It is reported that the remains of those who made a special contribution to the development of the country and whose families received permission from the President of Kazakhstan can rest in the Pantheon.

De jure, the first burials in the National Pantheon of the Republic of Kazakhstan can be held on June 8. However, in some media and social network accounts, it is said that the Pantheon will be left “untouched” until the death of the first (and so far the only) President of Kazakhstan. Is it too early that such sources speak of the demise of the head of the republic, or vice versa - will it be taken - that is, the veiled wish for many years? ..