In Lithuania, the list of reservists of the Soviet state security is declassified 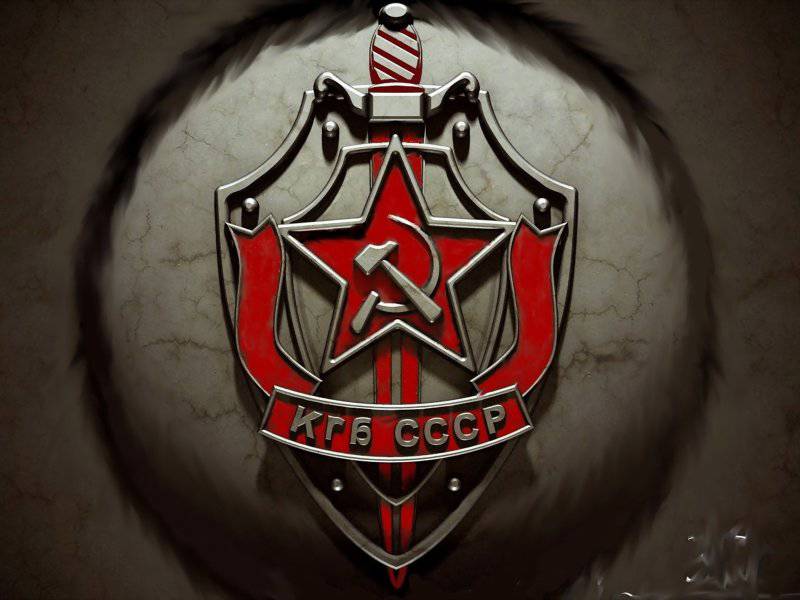 The Lithuanian Center for the Study of Genocide and Resistance, studying Soviet documents, posted on its website two hundred and thirty-eight names of former reservists of the State Security Committee. It should be noted that this is the first action to publicize the names of those who collaborated with the KGB of the USSR.


After the collapse of the Soviet Union and the restoration of Lithuanian independence, local authorities called upon former KGB officers to report on their secret affairs. The official document demanding secret repentance was called the law of lustration. The law guaranteed secrecy and state protection. According to the legislator, secrecy was needed in order to protect former informants and state security officers from blackmail (for example, from foreign intelligence services) and then, so that those who are now under the pressure of their secrets, would not cooperate with anyone against Lithuania.

The restrictions imposed on former KGB officers who did not want to admit, also pushed the latter towards recognition. "Former" was forbidden to hold those positions to which they appoint the Sejm, the president, the government. They were also unavailable the posts of state secretary of the ministry, heads of state institutions or institutions and their deputies. Those who did not confess could not become prosecutors, state civil servants, state controllers, employees in the state security department, be in the diplomatic service. Some restrictions have been imposed even in the commercial sector.

However, by 2011, only about 1400 advertisements from the “former” were made. And according to other experts, up to sixty thousand secret officers could cooperate with the KGB. As a result, the Lithuanian Seimas made a radical decision: to start publishing KGB documents. In the press, by the way, it was reported that an archive with information about secret and non-secret employees was taken to Russia just before the collapse of the Soviet Union. But, in addition to the questionnaires, many other documents survived, indirectly, or even directly pointing to specific people.

Probably, on the basis of these documents, the list of KGB reservists, now published, was compiled. Birutte Burauskaite, director general of the Center for the Study of the Genocide of Residents and Resistance in Lithuania, said: "We put everything we found." It should, however, be noted that in 2005, when the first scandal erupted around the KGB reservists (at that time, it turned out that the KGB officers were quite large Lithuanian civil servants, starting with the Minister of Foreign Affairs Antanas Valénis), it was reported that - 420 surnames or so.

The current list includes both the mentioned Valenis and the former head of the State Security Department of Lithuania Arvydas Pocius. According to the well-known Lithuanian politician Arvydas Anushauskas, chairman of the parliamentary committee on national security and defense, being in the KGB reserve is tantamount to cooperation with the Soviet special services: after all, people were first summoned for an interview, where they were asked for consent to be added to the list.

However, Valenis explained his own presence in the KGB list differently. In the spring of 1980, he was called up to the military registration and enlistment office in Taurag, and there he was offered to fill out a questionnaire and draw up an autobiography. According to him, he was told that with a group of other military servicemen he would be transferred to a new structure, in which everyone would be listed as “staff officers”. And to the question of what all this means, the answer was heard, they say, you will know when the time is right. And only a year later, according to Valenis, they were told from the KGB of the Lithuanian SSR: he was transferred “to the mobilization reserve of the army counterintelligence tank army in the Kaliningrad region. " That's how he got into the reserve of KGB reserve officers. Valenis said that he could not protest, because no one asked his consent to transfer him to the KGB reserve. However, it is well known that just at that time Valenis worked as an instructor in the district committee of the Communist Party of Lithuania.

As for the future chief of state security of an independent Lithuania, Pocius, then, according to the Atgimimas newspaper, in August 1989, this person allegedly turned to the leadership of the KGB of the Lithuanian SSR, asking him to be included in the reserve list. After 1990, following the proclamation of the independence of Lithuania, he expressed a desire to continue cooperation.

In this connection, the newspaper Lietuvos Zinios unveiled a facsimile of certificates “About the conversation with A.Z. Pocius” and “About the personal acquaintance of the operational officer with the reserve lieutenant of the USSR Ministry of Defense A.Z. Pocius”. It was reported that Arvydas Zigmuntovich Pocius, the prosecutor of the Sakiai district of the Lithuanian SSR, accepted the offer to transfer to the KGB reserve without hesitation - and fulfilled the operational tasks assigned to him by 3. And in the conclusion of November 13 1989, signed by the deputy. The Chief of the Special Department of the USSR KGB for PribO, Major General J. L. .ukas, indicated that Pocius showed his readiness to transfer to the KGB reserve.

Anyway, in 2005, the president of the country, Valdas Adamkus, stood up to defend the exposed KGB reservists. He especially defended Valenis. According to the president, the minister was of great benefit to Lithuania. In addition, a special parliamentary commission concluded that the former KGB reservists do not pose a threat to the country. However, two years later, in 2007, during the acute political struggle, the Sejm decided to equate these reservists with the KGB staff and forbade them to occupy the same posts for which the KGB officers were restricted during 10 years.

This time, the Council of Europe stood up to protect long-suffering reservists. Surprisingly, the Council recommended to Lithuania not to restrict their rights to work in state institutions, but in addition threatened Lithuania with sanctions. President Valdas Adamkus immediately imposed a veto on the law.

So, both the chief of the Lithuanian state security and the Minister of Foreign Affairs of Lithuania at that time remained at their posts. Later, they still had to leave the high chairs, but the “ghost” of the KGB had no relation to their departure from the posts.
Ctrl Enter
Noticed oshЫbku Highlight text and press. Ctrl + Enter
We are
The action “Military service under the contract is your choice!” In Rostov-on-Don: future contract servicemen, exhibitions and “Russian Knights”Yuri Drozdov: Russia prepared the role of the sacrificial calf
Military Reviewin Yandex News
Military Reviewin Google News
34 comments
Information
Dear reader, to leave comments on the publication, you must sign in.