Former friend of the Soviet elephant


Since 2004, Bulgaria is a member of NATO. Its army, like all European, has undergone significant reductions, without any renewal. The equipment produced in the Soviet period in the USSR, Czechoslovakia and Bulgaria, is very outdated, purchases of Western weapons are rare, and it is not always new.

Bulgaria is one of the NATO countries, along with the United States and Turkey armed with tactical missiles. This 18 PU TR "Point" and 36 UR to them. 8 PU Ore TR ", 44 PU OTP P-17, 34 PU LR TR" are in storage, but ammunition for them under pressure from Washington, fearing the proliferation of missile technology, destroyed. 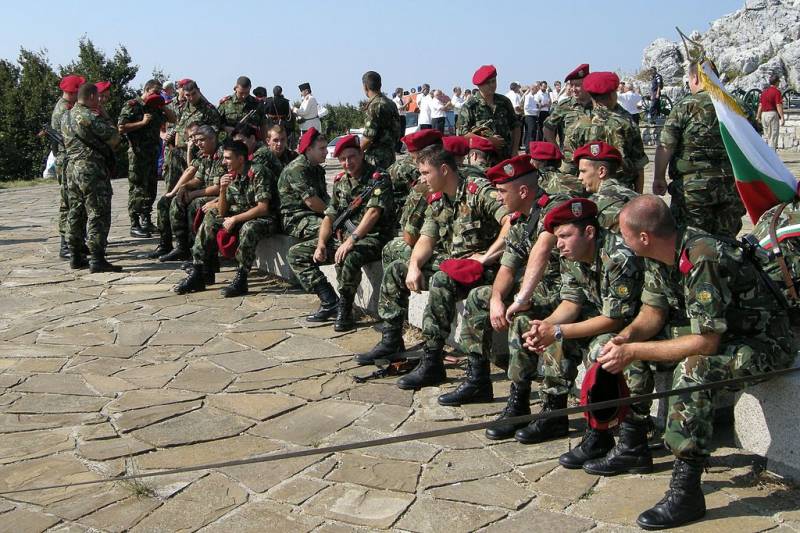 The air force has 5 air bases: 3 in Graf-Ignatievo, in its composition all MiG-29 fighters; advanced base Bezmer, which is equipped with Su-25K attack aircraft; 16-th transport (Hostile); training (Dolna Metropolis) and 24 helicopter (Krumovo).

Shock aviation consists of 13 Su-25 attack aircraft (including 4 UB). Fighter aircraft totals 15 MiG-29 (including 3 UB). There is one An-30 optical reconnaissance aircraft.

Formally, a significant amount of equipment available in the Armed Forces does not provide the country with defensive capability, since it has basically developed a resource, and in a large part has completely lost combat effectiveness. Own MIC produces only small weapon and ammunition, and almost exclusively for export: for the most part, as mentioned above, for terrorist Islamic groups in the Middle East.

At the same time, however, there are currently no real military threats to Bulgaria. In the future, Turkey may become one with the evolution of its policy towards acquiring the status of a regional superpower.