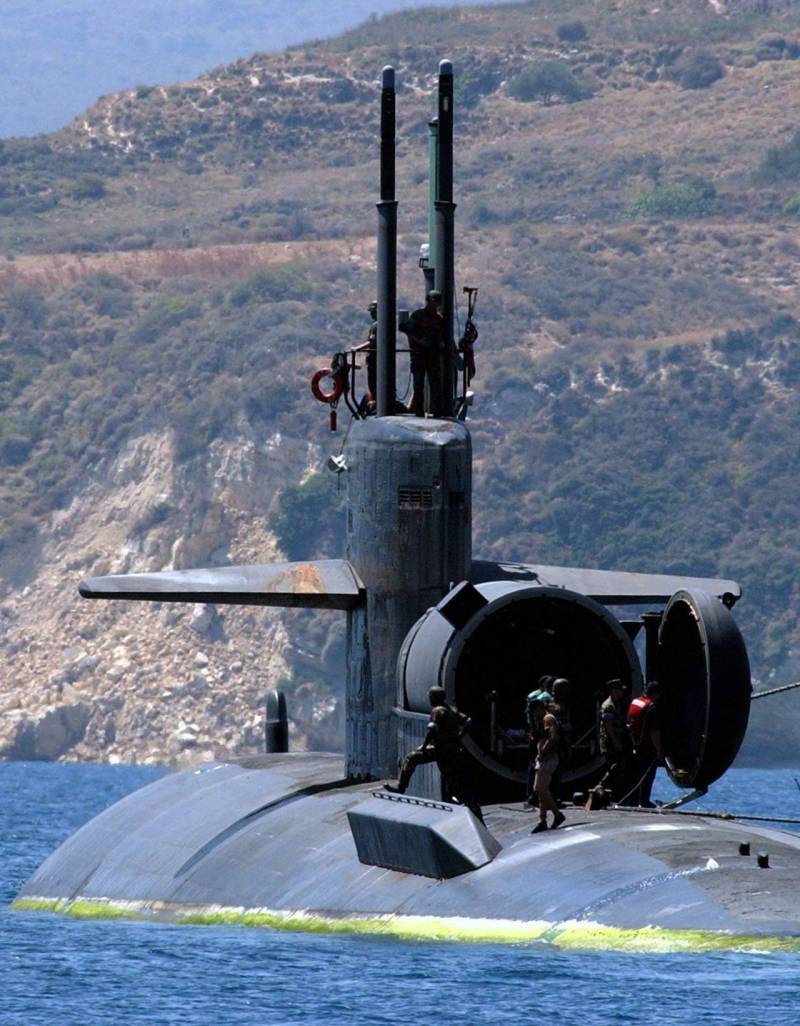 Underwater vehicles for the transportation of marine special forces are launched from dry dock cameras installed on US Navy submarines.


Man-guided torpedoes were developed during World War II for use as covert naval armament. On such a torpedo, two people were mounted, with the simplest navigation system and manual controls. This name was usually used for weapons systems that Italy and later Great Britain deployed in the Mediterranean and used to attack ships in the enemy’s harbors. The Japanese also were armed with a man-controlled high-speed torpedo "kaiten", which the volunteer-suicide bomber sent straight to the target in his suicidal mission. The design of these torpedoes today formed the basis for underwater vehicles for the delivery of combat swimmers.

During the Cold War, France was at the forefront of developing practical underwater vehicles for transporting naval special forces groups. In this country, a submersible technology was developed to deliver SDV (Swimmer Delivery Vehicle) combat swimmers, and its fleet was the first to use DDS (Dry-Deck-Shelter) removable dry-docks. The dock camera is a module-container with a lock-hangar for the exit of a submarine combat swimmers. A swimmer's vehicle can be transported inside the dock — one SDV module or up to four inflatable rubber boats. These docks were actively used by the French naval special forces Commando Hubert - the French equivalent of the special forces of the US Navy SEAL (Sea, Air and Land). The carrier boat must be specially modified in order to be able to accept the DDS, it must have a docking port of the appropriate configuration, as well as appropriate electrical connections and piping for ventilation, air supply for swimmers and water draining. In the future, with the adoption of the new Suffren class multipurpose nuclear submarines, the French fleet will regain its SDV capabilities. From the very beginning, the French nuclear submarines were designed for the transportation of DDS behind the conning tower. They will be larger than the previous dry dock cameras and will have direct access to the hull of the boat so that divers can get into the dock camera even in a submerged position, which gives a certain operational advantage.

The new SDV project for Commando Hubert, the French special forces, is an ECA-developed submarine for special combat operations SWUV (Special Warfare Underwater Vehicle), which will be known in French navy as PSM3G (Propulseur Sous-Marins de 3 Generation). ECA Group has previously supplied SDVs to the French fleet under classified contracts. Created in collaboration with the French Defense Procurement Office, the SWUV device is designed to deliver MTRs and covert penetration tasks on the coast, collect intelligence on the coast using optoelectronic subsystems, and transport explosives to the target area. He will be able to deploy remote subsystems for collecting information underwater and then transmit video or tactical information through a radio or satellite channel. The device has a length of 8,5 meters, compared to previous French devices it is larger, it can transport six combat swimmers, including two crew members.

DDS docking cameras can transport, deploy, and evacuate spetsnaz groups using inflatable rubber boats for sabotage CRRC groups or SDV (SEAL Delivery Vehicle) vehicles, while remaining underwater. In the era of frequent hostilities in coastal areas, these funds significantly increase the combat capabilities of both the submarine and the personnel of special operations forces (MTR). 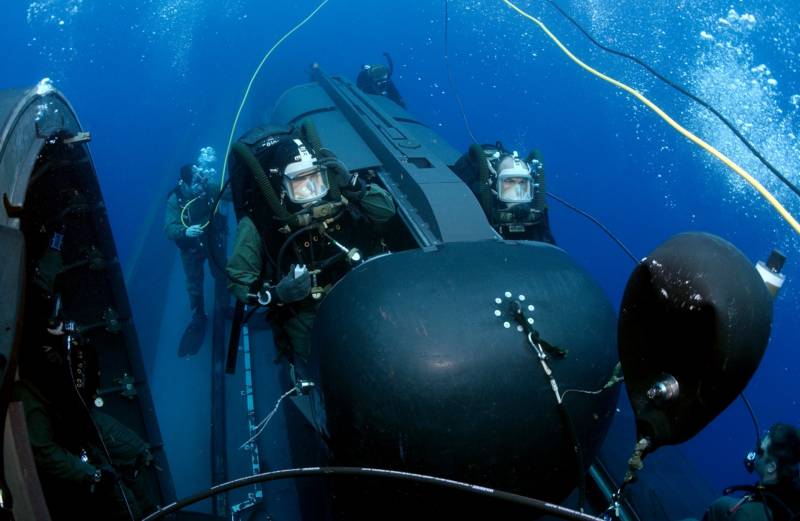 The SDV Mark 8 Mod 1 is currently the only SDV operated with multi-purpose nuclear submarines of the Virginia and Los Angeles American fleets and British Astute-class submarines (for combat swimmers of the royal service of special-purpose landing craft). This unit is an upgrade of the previous version of the Mark 8 Mod 0. The main improvement over the 0 Mod is that it is made of fiberglass-reinforced plastic, not aluminum alloy, and includes a set of modern electronics.

The new SDV called Proteus is being developed by the Huntington Ingalls Underwater Solutions Group, Bluefin Robotics and Battelle. Up to six combat swimmers can be accommodated inside the “wet type” apparatus, each of which has its own air supply station. When reaching a given area, swimmers simply open the cargo door and swim out of the vehicle. Proteus can also be equipped with an optional air supply module installed in the center of the cargo hold, which is able to provide all swimmers with air for up to ten hours.

The Proteus 8 meter has two vertical and two horizontal thrusters and can operate at a depth of 50 meters, moving at a speed of 10 nodes. Proteus is equipped with acoustic communication tools for transmitting data and voice messages underwater, the Iridium satellite communication system and conventional radio stations transmit voice messages and data. The crew can update their location data without a complete ascent using a GPS receiver, mounted at the top of one of the masts which are extending above the water surface.

While the dry dock system is a practical solution for launching underwater vehicles for transporting divers, the shock submarines of a future generation are designed with the possibility of lowering and returning such vehicles directly from the submarine hull. One of the first such boats will be the "superstels" of the submarine A26 of the Swedish fleet, which ordered two submarines from the Swedish shipyard Saab Kockums. 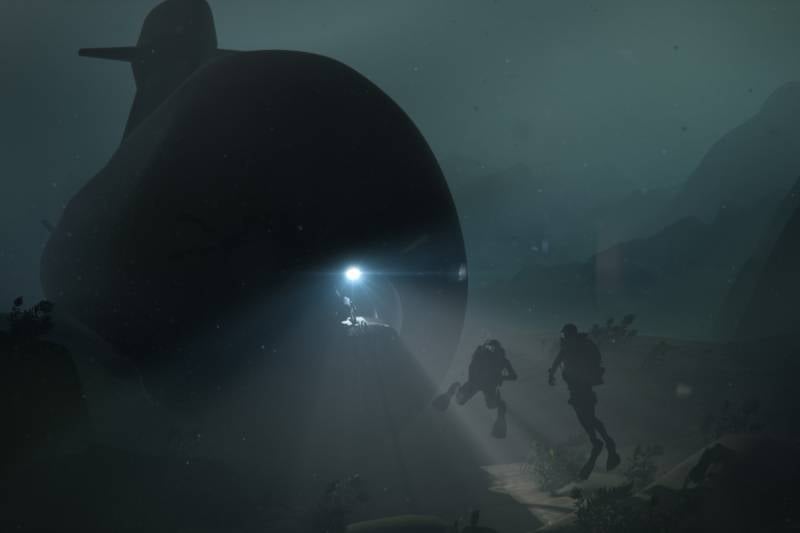 With a resurgent Russia at its side, with its free access to the Baltic Sea, the Swedish fleet decided to pay more attention to the deployment of special operations forces and therefore put forward the requirement to integrate SDV systems into the project of the new submarine A26. The A26 submarine, with its ability to lie on the ground, will become a functionally flexible platform for underwater special operations. It will not only be able to lower and return autonomous underwater and surface remote-controlled vehicles (AUV / ROV) of several types (including the new Sea Owl SUBROV, able to carry out covert mine action, provide communication and reconnaissance) or serve as an active docking station for autonomous vehicles, but if necessary, to carry out the simultaneous descent or reception of several SDV devices.

In the bow, the submarine will have a multi-mission portal MMNR (6,5 meters) for receiving and releasing combat swimmers, and an SDV will descend and return through an FPL (Flexible Payload Lock) lock chamber with a diameter of 1,6 meters, located in the bow of the boat between four torpedo tubes. The device is designed for a group of six combat swimmers and two crew members, they will be able to go out and return through the MMD, in which the device will also be stored and maintained.

The joint Swedish-British group James Fisher Defense Sweden is engaged in the development and construction of the SDV for the A26 submarine. His tests are conducted in the archipelago near Stockholm and in the waters of the west coast of Scotland, as well as in other areas. SDV devices will not only expand the range of submarines, but will be able to perform other tasks in the coastal zone, such as counter-terrorist operations, special operations, operations in the fight against drugs, operations to protect sea objects, as well as anti-mine activities. 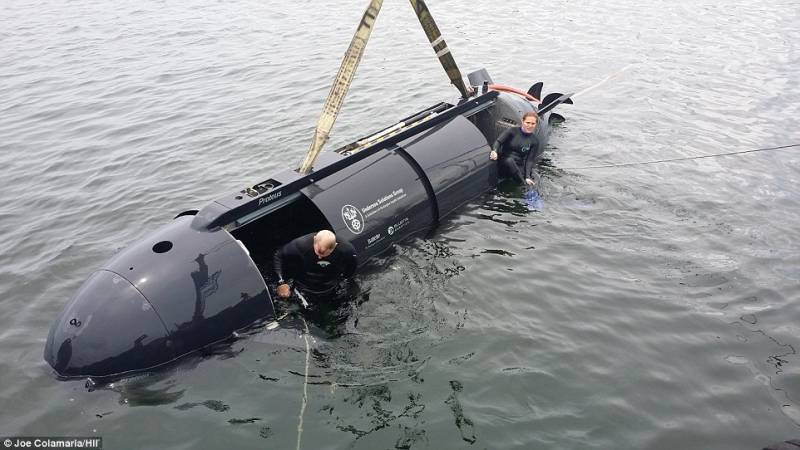 The SDV will have a diesel engine, improved lithium-polymer batteries, bow and stern steering engines, propulsion units and depth rudders. Installation of engines with variable thrust vectoring in combination with lithium-polymer batteries made it possible to obtain a powerful device with minimal acoustic visibility. The SDV for the A26 submarine will have a range of 15 nautical miles at 5 speed nodes. In addition to the special forces group of six people and two crew members, the device has enough space to accommodate the mass compensation tank, trim tanks, additional air cylinders and the cargo compartment. The device will also have outboard sealed containers for equipment.

In connection with the increase in the number of operations involving underwater MTR, defense companies also focus on the means of dealing with SDV vehicles and combat swimmers. Atlas Elektronik UK Ltd has developed a Cerberus Mod 2 Diver Detection Sonar (DDS) swimmer detection station, which can be installed on ships and stationary objects. The sonar itself, the cable, and the operator’s workstation weigh together 25 kg, which means that this portable system can be carried by one person. A sonar with its detection range of up to 9 km provides the maximum time to make a decision. The functions of automatic detection, classification and tracking of underwater objects provide reliable warning with a very small frequency of spurious signals, which reduces the burden on the operator. 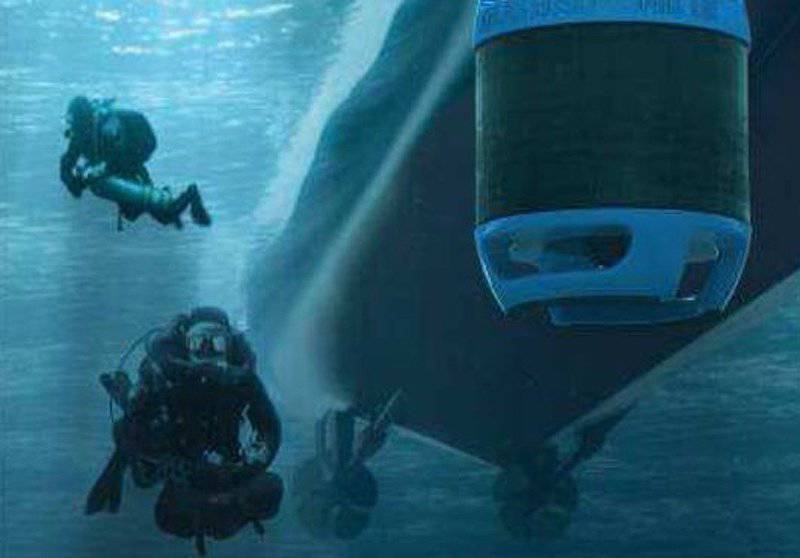 This system is currently in service with fleets of eight countries, and at the end of 2016, the company entered into two important contracts for Cerberus Mod 2 DDS. The first contract provides for the sale of several additional sonars to expand the harbor protection system. Atlas Elektronik will download software for controlling all hydroacoustic stations to this system at once. The second contract was signed with one of the countries of the Middle East, which chose Cerberus to work in very difficult conditions, and also ordered its certification for installation on ships. In order to fulfill the urgent operational needs of the customer, the system was delivered within a month.

Cerberus DDS is the newest generation of swimmer detection stations, it is specifically designed to detect and classify divers and swimmers with closed and open loop devices, inhabited and uninhabited underwater vehicles. The system, qualified for military use, comes in the form of a lightweight, rapidly deployable kit that can work from a ship or be part of fixed installations of the port security system.