From the Korean issue to the multipolar world

24 May 2017
8
The victory in the elections in South Korea, Mr. Moon, means the victory of the center-left forces focused on solving the humanistic problems of the world. The above-mentioned Moon had previously advocated not only the expansion of regional cooperation in the region, but also the dialogue with Pyongyang. This geopolitical approach is consistent with the concept of a multipolar world.


Analyst Federico Pierraccini predicts the end of a unipolar world order. In his forecast, he relies on recent events.

"Main events," he writes in the English version of the publication. "Fund of Strategic Culture", - definitely indicate the end of a monopolar world order. ”

With the victory of Moon Jaina (Mong Zhe Ina) in South Korea, the period of tension on the Korean Peninsula is likely to end, the expert said. With the coming to power of a new president, South Korea can expect a “sharp decline” in defense activities in relation to North Korea, as well as a resumption of dialogue with China.

The analyst gives such an optimistic forecast based on the results of the presidential elections held in South Korea on 9 in May, when Mr. Moon won all his rivals. In addition, after the resignation and arrest of former President Park Geun-hye due to a corruption scandal, public opinion turned away from her party and gave attention to the main representative of the opposition, the center-left advocate, who put humanitarian issues at the center.

For several years, Mun was in the opposition party, advocating increased cooperation in the region and for dialogue with Pyongyang and Beijing. This created a sharp contrast with the pro-Americanism of the then presidential administration.

The victory of this politician, who, under the assumption of F. Perachchini, intends to negotiate an agreement rather than support military escalation, gives hope for the future for China and its neighbors. The level of cooperation and trade between South Korea and China, the author explains, is fundamental to the economies of both countries, and therefore returning to the negotiating table on issues related to the deployment of THAAD systems is an encouraging sign that the business communities of China and South Korea will like . 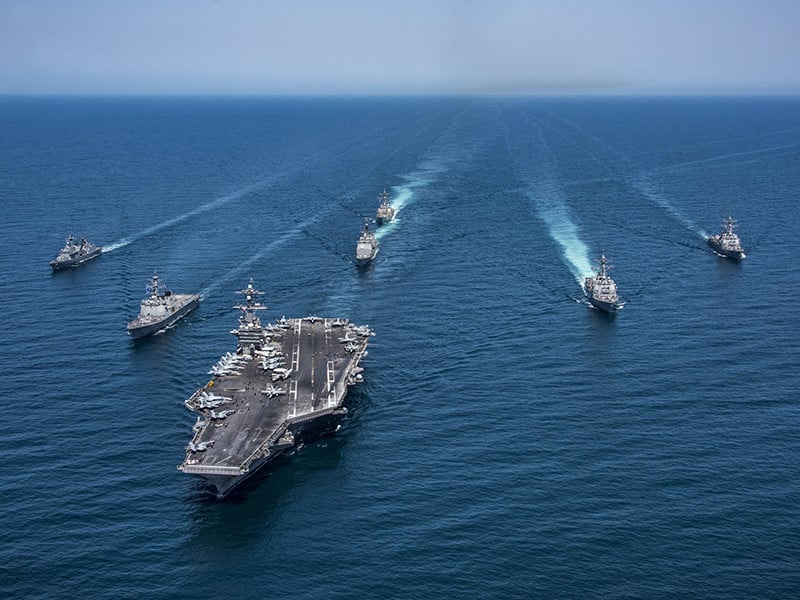 Washington faced the “Philippine scenario” for the second time, the author is sure. The fact is that historically both South Korea and the Philippines were two fundamental allies of the United States. Both states were "more concerned with the interests of Washington than with their own national political programs." For several decades, both states were governed by such figures, who tried with all their might not to violate the "sensitivity" of American politicians.

After Trump came to power and his threats against North Korea, it seemed that war on the Korean Peninsula was more likely than ever.

However, with the victory in the South Korean elections of Mr. Moon, most likely, the war will be “finally excluded” as something possible. Giving interviews a few weeks before the election, Mun noted that a war between the United States and North Korea would be an "unbearable burden for South Korea." According to the expert, Mun is a very realistic politician.

The deployment of THAAD systems is part of the belligerent attitude of the United States to North Korea. Pyongyang’s firm response rhetoric is justified and unsurprising, given the context and threats that the country faces as a result of US provocations, the author notes.

Muna’s victory “goes against” with the goal of American politicians who have decided to isolate China.

Intended to calm an ally (Seoul) against a nonexistent threat (from Pyongyang), the deployed system “becomes weapons against China. " The US military deliberately accelerated the deployment of THAAD, knowing that this would immediately put the future South Korean president in a difficult situation. Removing the system is an extremely difficult task, given the power of American pressure. Perhaps this is the first challenge that Mr. Moon is facing. Will he be able to use THAAD's dismantling effort to return to normal relations with Beijing? If Beijing wants to believe in Moon’s goodwill, it can weaken some of the sanctions measures imposed against Seoul as a response to the deployment of the American system.

Speaking of a multipolar world, one should not go to extremes and assume that Moon’s election victory means South Korea’s upcoming cessation of Washington’s support. On the other hand, the United States will have to abandon the warlike pose so dear to the hearts of Mattis, Macmaster and Admiral Harris (commander of the Pacific fleet USA). The realist Tillerson is probably the right person for dialogue with Moon.

In the future, one could even solve the problem as a whole, that is, the problem with North Korea. The latter seems unlikely, given the pressure that the United States will exert on the Trump administration to continue using North Korea to create instability in the region.

That is why, the expert believes, a large part of the region’s future will depend on the results of potential negotiations between Beijing, Pyongyang and Seoul. If the three states on the path of reconciliation succeed in finding a common language, then this will bring “great benefit” to the region.

True, with such an outcome, the United States is most likely to lose its regional influence. But Washington has a way out: if the White House wants to retain its influence here, it must abandon its plan to contain China through exploiting the situation on the Korean Peninsula and the problems of the DPRK. If the United States instead decides to sabotage any peace agreement on the peninsula, it will only push Seoul and Pyongyang toward a rapprochement (“much to Beijing’s pleasure”).

The confrontation of the old world order, led by Washington and based on chaos and destruction, and the new multipolar world, which focuses on win-win opportunities, dialogue and sincere cooperation, has been growing in recent years. If Washington does not accept the new rules of the geopolitical game, under which he is not the sole authoritarian lawyer, in the end he will lose more than he gains, and even contribute to speeding up the formation of a multipolar world.

Recall, elected in May 2017, the President of the Republic of Kazakhstan, Moon Jein (Moon Zhe Ying) ran for the Toburo Democratic Party. Remarkably, his father is a refugee from North Korea. Mr. Moon is a lawyer, a well-known publicist, author of the memoirs “The Fate of Moon Jain” (a bestseller in South Korea). In his youth, he served in the landing troops of the command of the special operations forces of the land forces of the Republic of Kazakhstan, where he proved himself well. In 2012, Park Geun Hye lost the election. Then there was the corruption scandal that led to the impeachment of Park Geun-hye. Early elections in South Korea after the impeachment passed 9 May 2017 year. Moon Jain scored more than 41% of the votes and won a landslide victory.

In foreign policy, Mr. Moon advocates the reunification of the two Koreas by peaceful means. Moon recently said that he will pay his first international visit to the DPRK.

Another loud statement by the future president is also known: he said that he considered himself a "friend of America." It's kind of historical thesis: he is grateful to Washington for the role that the United States played by preventing “communism” in South Korea and helping the country grow.

Finally, one more statement: in his book, Moon wrote about his own “pro-American sentiments,” however, he noted that Kazakhstan should accept such diplomacy, under which “it can deny the Americans.”

F.Pierachchini's assumptions about the “Filipino” strategy of the new president and the start of the “multipolar world” look, in our opinion, as the author’s desire to write off the United States for scrap in the coming years, the years of Mr. Mun’s rule. Under President Trump, who has modeled on Reagan's bet on the arms race and the accelerated development of the American military-industrial complex, there can be no "multipolar world". Trump and his “Mad Dog” Mattis are determined to dictate to the world, rather than resign, yielding to regional states, and those that have long been American allies.

In some respects, “refusing the Americans” for Moon hardly means pursuing an exclusively independent international policy, independent of the United States. This is evident from his rather flexible statements. Lawyers generally do not get used to flexibility.

In addition, it is quite early to judge the activities of Mr. Moon: he is in the presidency just a few days. Statements by politicians before election are very often a striking contract with their affairs after election.

Observed and commented on Oleg Chuvakin
- especially for topwar.ru
Ctrl Enter
Noticed oshЫbku Highlight text and press. Ctrl + Enter
We are
The outgoing UN secretary general attended to the health of terroristsSlippery Ban Ki Moon
8 comments
Information
Dear reader, to leave comments on the publication, you must to register.