23 May 2017
39
According to the blog information bmpdThe American edition of MilitaryTimes announced the US plans to supply the Afghan Air Force 159 with upgraded Sikorsky UH-60A Black Hawk multi-purpose helicopters to replace Mi-17В-5 helicopters previously purchased for Afghanistan in Russia. According to the publication, at the moment the final decision has not yet been made, but the deal is close to approval.

According to the Pentagon, 2017 million dollars were additionally allocated for 814 a year to support the Afghan Air Force. It is believed that these funds will be enough to repair, upgrade and prepare the first UH-53A 60 helicopters for Afghanistan. The first cars can be delivered in the fall of 2017. Subsequent shipments of approximately 30 helicopters per year are expected. 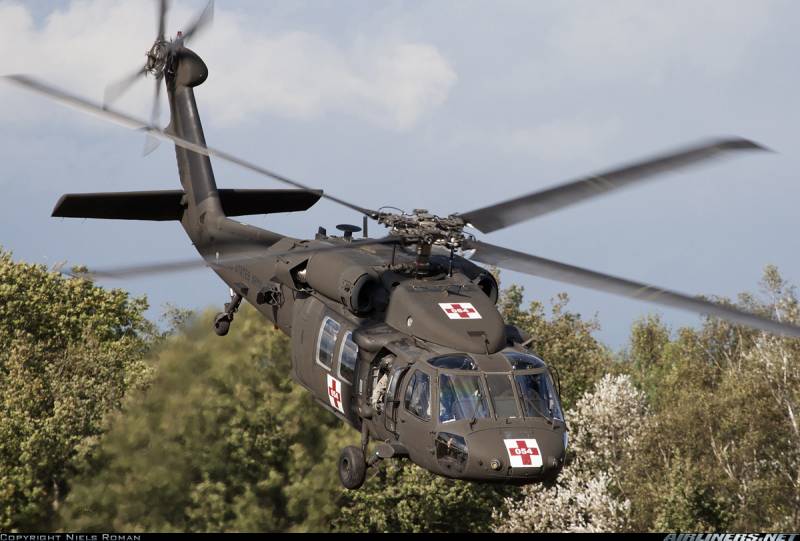 In total, 63 helicopters Mi-17В-5 of new construction were purchased for the Afghan Air Force in the Russian Federation. Their number decreases due to combat losses, accidents, physical wear and tear, and unskilled service by an Afghan force. For example, in December 2016, the commander of the 207 corps of the Afghan army, General Mojaheddin Gore, died as a result of the crash of the Mi-17 helicopter, to which, according to an official conclusion, improper maintenance resulted. As of November 2016, the Afghan Air Force had 47 "new" Mi-17 helicopters, as of April 2017, the 46, including 18, which were in a non-flying state due to scheduled maintenance. In total, there are 78 helicopters of the Mi-8 / 17 family of all modifications. It is believed that with the current dynamics by the middle of the 2018 of the year, not a single flight helicopter may remain.

As of April 2017, the Afghan Air Force served as 68 pilots trained to operate the Mi-17. However, 35 of them were instructors who did not take part in hostilities on a permanent basis. As stated in the Pentagon, retraining of the pilot Mi-17 on UH-60A will require only 12 weeks, the preparation of the new pilot will take from 9 to 13 months, depending on the initial level of knowledge of the English cadet. 35 Afghan instructor pilots can train up to 100 new UH-60A pilots within a year.

It is assumed that UH-60A helicopters from the 1980s, which are part of the army, will be delivered to Afghanistan. aviation USA. At the same time, they will undergo modernization to the level of UH-60A +. Among other things, it is planned to install new more powerful engines - presumably, such as General Electric T700-GE-701C, which are used on helicopters of versions UH-60L / M.

Critics point out that Afghan personnel are struggling to handle the Mi-17. Therefore, the transition to the helicopters of Western production can be an even greater problem. In addition, the cost of maintenance will increase. Under Afghan conditions, the Mi-17B-5 stands out for its payload, reaching up to 9000 pounds of payload. The helicopter has a convenient wide stern cargo door or ramp. The UH-60A + will only be able to carry 2300 pounds of cargo and has only side doors. Mi-17 have weapons, which are presented primarily 57-mm and 80-mm NAR, which allows the active use of helicopters as shock machines. Thus, during the 2016 of the year, the Mi-17 of the Afghan Air Force used 623 weapons, about the same number as MD Helicopters MD-530F (662 times) considered the main attack helicopter of the Afghan aviation. Between June 1 and November 30, the 2016 of the year Mi-17 carried out more than 80 percent of all the actions of the Afghan Air Force for the direct air support of the Afghan forces. UH-60A does not have a regular shock weapons. At the same time, it is claimed that up to 60 helicopters designated for delivery to Afghanistan will be additionally equipped with armaments, including NAR launchers, and, possibly, guided missiles.