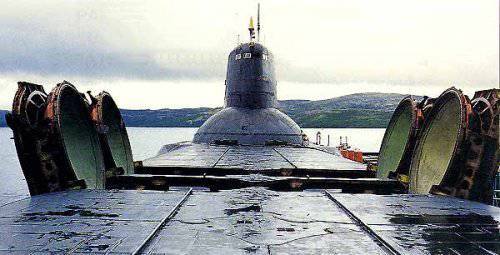 The other day, the nuclear submarine "Yury Dolgoruky" returned from the next stage of factory trials, successfully passing another test by the sea. The ship completed the test program, showed good running characteristics and stable operation of all ship systems.

The campaign was attended by representatives of the designer and contracting organizations. Now, the submarine crew and the crew of the submarine are facing the task of preparing for the next voyage, scheduled for September, in a short time.

"Yuri Dolgoruky" has yet to replenish the ranks of the naval nuclear submarines fleet and become the “founder” of a whole series of submarines of project 955. It is these ships that will form the basis of the naval Strategic Nuclear Forces of Russia after the submarines of the 941 and 667 BDR and BDRM submarines carrying combat service are removed from the fleet today. In the meantime, the “strategist” of the 4th generation examines the sea. And, as the first tests of this year show, successfully. On the eve of this embarkation, the personnel under the command of Captain 1st Rank Vladimir Shirin had already completed training tasks, during which the crew’s readiness for the next important step, state tests, was checked. “Factory sea trials are approaching the final stage,” says Vladimir Viktorovich. “Of course, not everything goes smoothly, but the most important thing is that the factory commissioning team and crew have an understanding of a common goal, everyone seeks to bring maximum benefit so that the ship can be put into combat formation as soon as possible.” The coordination of the work of the military and shipbuilders is confirmed by the chief builder of the production of military equipment "Sevmash" Vladimir Prokofiev. Deficiencies and comments identified at sea, they try to quickly fix on the shore. And the ship again goes to the "exam". 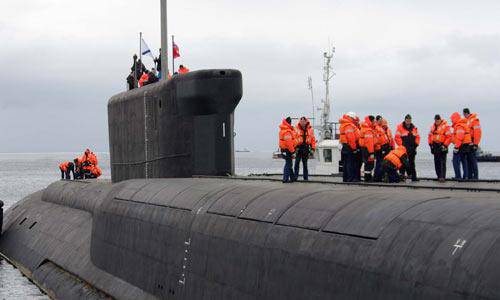 Not the easiest fate was at the "Yuri Dolgoruky" on the stocks. It was laid in the most difficult for the country 1990-s, but nevertheless, despite the difficulties with financing, the shipbuilders of Sevmash managed to complete its construction. Arriving in Severodvinsk in the 2006 year, the submariners, who are now serving on the submarine, took an active part in taking the ship out of the workshop and mooring trials. Before that, the first and second crews of the ship, trained by the directive of the Navy Headquarters and in accordance with the order of the Minister of Defense, were trained at the training center near St. Petersburg. Submariners fully mastered the theoretical knowledge. The formation of the crews of the submarine "Yuri Dolgoruky" is 1 September 2003 of the year.

“Today, it is impossible to find better submariners for the ship of a new generation in the entire Navy than those serving on the submarine Yury Dolgoruky,” says Captain 1 of rank VV. Shirin. - During the tests, the team adopts experience from factory workers, operators of command posts, combat posts. When the ship enters the Navy, it is our duty to ensure the safe operation of the submarine, weapons and technical means. It seems that this task is on the shoulder of the personnel of "Yuri Dolgoruky". The crew is mostly young. But, as they say, in youth there is only one drawback - the lack of experience. And his team led by V.V. Width is rapidly gaining.

“The crew is lapping at sea, because only in extreme conditions the character and cohesion of the personnel of the submarine manifest themselves,” said the commander of the radio engineering warhead, Valery Shinkorenko. Despite his youth, Valery has been in the fleet for several years: serving on the Bryansk, Verkhoturye, Yekaterinburg, Tula submarines, BDRM submarines ... The 955 head missile carrier of the new turn in his fate , in fact, like the experienced sea wolf Viktor Zelensky. It was “Yuri Dolgoruky” that brought back Viktor Ivanovich to the life of a submariner. For more than twenty years, V. Zelensky gave the fleet (served on "beeches", "RT", four years gave the first nuclear - the legendary submarine "Leninsky Komsomol"). But a few years ago he quit the Navy and decided to breathe free air of civilian life. However, the sea air did not give rest. And now he is again a military officer, again in the fleet elite. By the way, in one of the last exits to the sea for testing, operational and accurate actions of V. Zelensky and V. Shinkorenko were noted by the command. This is the composition of the crew - a fusion of youth and experience - should take the lead carrier rocket into the sea, teach it to "walk" and perform the first combat missions. The guys are confident in the successful completion of all the trials, and this faith gives the team strength. Submariners have a great desire to serve Russia on the newest ship with the proud name “Yuri Dolgoruky”.