19 May 2017
31
The Indian army for the first time in thirty years, armed with new howitzers. The American division of the British company BAE Systems delivered the first batch of towed howitzers M777 to the Indian armed forces, reports "Warspot" with reference to indiatimes.com portal

In 2006, the Indian Defense Ministry announced its intention to acquire M155 777 towed howitzers, but only in November last year approved their purchase. According to the signed contract, the Indian Defense Ministry will receive 737 howitzers M145 in A777 modification for $ 2 million. At the same time, 25 guns will arrive from the US, and 120 units will also be assembled at the Indian enterprise Mahindra Defense Systems. 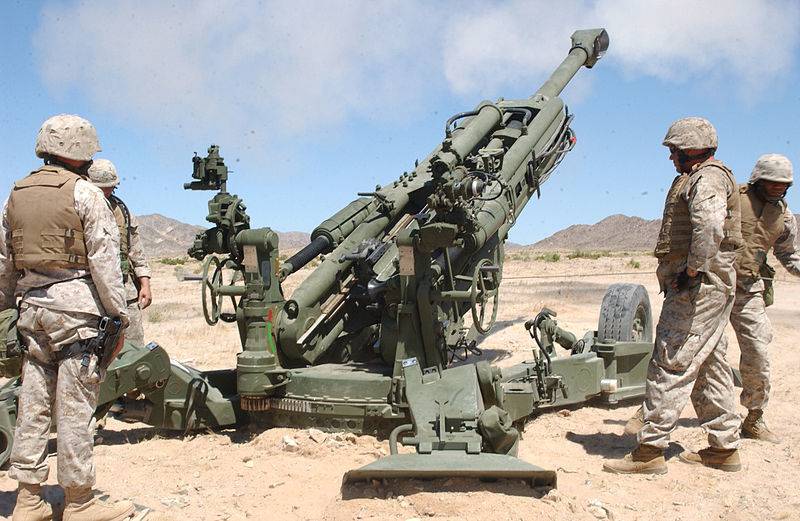 18 May 2017 it became known that the first two howitzers arrived in India, which were delivered to the Pokran military base in the city of the same name (Rajasthan). The first guns will be used for testing with various projectiles of Indian production and the preparation of ballistic tables. Delivery of the next batch of guns is scheduled for September 2018.

The last attempt to purchase towed howitzers for the Indian armed forces ended with the so-called “Bofors” case. In 80-ies, the Ministry of Defense of India and the Swedish company Bofors signed a contract for the supply of FH-77B howitzers worth about $ 1,2 billion, but it was canceled due to a loud corruption scandal.

The M777 howitzer was developed by the British company BAE Systems and is in service with the US Army (about 1000 units), Canada (37 units) and Australia (35 units). In the US, these howitzers entered service in the 2005 year and replaced the M198 artillery systems. Due to the use of aluminum and titanium alloys, the developers managed to reduce the weight of the artillery system to 4,2 t, which made the M777 the lightest howitzer in its class. For comparison, the Russian 2A65 "Msta-B" weighs 7 t, and the weight of the M198 is 7,1 t. Due to the small weight of the M777 it can be transported on external helicopter suspensions. The maximum range of the M777 standard projectile is 24 km, while using the M982 Excalibur “smart” ammunition - up to 40 km.