How Russia saved Georgia from Persia 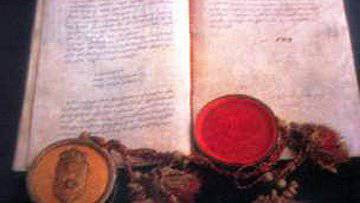 The appearance of Russian troops in the Transcaucasus (now called “occupiers” in Georgia) was preceded by a number of important events. At the beginning of the 1780s, Ali Murad Shah (shahinshah of Persia in the 1782 – 1785 years from the Zend dynasty) threatened the ruler of the Kartli-Kakhetian kingdom Irakli II (he ruled in 1762 — 1798) with an invasion. In 1782, Heraclius officially appealed to the Russian Empire with a request to take Kartli-Kakheti under its patronage.


It should be noted that this was the only opportunity to save the people under the conditions of constant pressure of Persia, the Ottoman Empire and predatory mountain tribes. After Byzantium finally perished in 1453, Georgia was cut off from the entire Christian world. In the 16th and 18th centuries, Georgian territory became the scene of the struggle of Muslim Persia and the Ottoman Empire for supremacy in the South Caucasus. By the end of the 18th century, eastern Georgia was under the influence of Persia. During the Russian-Turkish war of 1768-1774, the Kartli-Kakheti and Imereti kingdoms took the side of the Russian Empire against Turkey. For the war on the Caucasian front, a detachment of General Totleben was sent to the Georgian kingdoms. Russia's victory over Porto in 1774 year led to the fact that the situation of the Georgian lands subordinated to Istanbul was alleviated and the payment of tribute to the Ottoman sultan of the Imeretian kingdom was canceled.

24 July 1783, in the city of Georgievsk (the south of modern Stavropol), a document was signed, which entered into history under the name of St. George treatise. According to it, the Kartli-Kakheti kingdom (Eastern Georgia) voluntarily entered under the auspices of Russia. On behalf of the empire, Prince Pavel Potemkin signed the treaty, and on behalf of Georgia, princes Ivan Bagration Mukhransky and Garsevan Chavchavadze. In January 1784, the treaty was ratified and entered into force. Under this agreement, the Georgian ruler recognized the "supreme power and protection" of the Russian empire, pledged to pursue the foreign policy of Georgia, subject to prior coordination with St. Petersburg, to provide mutual military assistance.

Russia guaranteed the preservation of the territorial integrity of the possessions of Heraclius and his heirs, the internal autonomy of the kingdom was consolidated. In addition, the Russian side pledged to protect Georgia and, when concluding peace treaties with the Turks, to demand the return to the Kartli-Kakheti kingdom of the territories that had previously been torn from her. The Georgians were granted the right to “enter and leave" “without any compensation,” and also to settle in Russia. The agreement was of an indefinite nature.

Russia began to build a communication linking it with Georgia - the Georgian Military Road. Several fortifications were erected along it, including the fortress of Vladikavkaz, it was connected with the fortress of Mozdok. 15 November 1783, two Russian battalions with field gun batteries entered Tiflis. The detachment was commanded by P. Potemkin (a relative of the famous Grigory Potemkin). Pavel Sergeevich Potyomkin is honored to discover the “big way” through the Greater Caucasus Mountains. Under his command, the Russian soldiers modernized the ancient caravan trail, which passed through the Darial Gorge. In the future, the road will be expanded and landscaped.

The arrival of the Russian detachment played a role - Persia abandoned its aggressive intentions. In 1784, the detachment was withdrawn and the Russian troops retreated again beyond the Caucasian border line, the fortress of Vladikavkaz was dug up. There is an opinion that this was done at the request of Turkey (according to another version, because of the separate negotiations between the Georgians and the Turks). But even if this is the case, subsequent events have shown that the Port is not going to live in peace, while maintaining the status quo. Turkey launched a war (Russian-Turkish war 1787-1791), which ended in complete victory for Russia. The action of the St. George treatise was restored.

Soon the Persians again began to threaten Georgia. The power in Persia after years of internecine war was captured by Aga Mohammad Shah from the Turkic Qajar tribe. He became the founder of the new dynasty, the Qajars, and began to actively restore the greatness of the state. He decided to return Georgia to Persia and demanded that Irakli terminate the treaty with Russia, he refused. In August, 1795, the huge Persian army, which absorbed detachments from subordinates of Ganja, Erivan, Nakhchivan and other Muslim principalities, came out against Kartli-Kakheti. 8-11 September in the course of a three-day battle near the village of Krtsanisi on the approaches to Tbilisi 35 thousand. The Persian army defeated 7 thousand Georgian army. Practically all the Georgian army was exterminated. There was no one to protect the Georgian capital - the Persian ruler gave the city to his soldiers, who were brutalized from stubborn resistance and heavy losses, to plunder. It must be said that Aga Mohammad Shah was generally distinguished by enormous cruelty, and the massacres during his rule were commonplace. Most of the population of Tbilisi was slaughtered, about 22 thousand women and children were driven into slavery, the main buildings of the city were demolished.

It is clear that the news of the ruin of the Kartli-Kakheti kingdom went to St. Petersburg for a long time. Catherine II was angry, having received a message about the pogrom that the Persians committed. It was an insult and a direct challenge to Russia. It was decided to strike back.

Persian campaign 1796 of the year

Catherine demanded that Ivan Vasilyevich Gudovich, the head of the Caucasian line and the commander of the Kuban Corps, be summoned to the capital. And she thought about asking Alexander Suvorov to go to the Caucasus and punish the Persians for "atrocities against the Georgians."

Began to form the expeditionary force, develop plans for the operation. The first commander of the army was Suvorov, but in the course of court intrigue, which was carried out by Catherine’s last favorite, Platon Zubov (he was annoyed that Suvorov did not include the corps commanders of his brothers, Valerian and Nikolai Zubov), he was dismissed and Valerian became commander Teeth. A detachment under the command of Gudovich, who was more suitable for this position - before the Persian fought successfully in two Russian-Turkish wars, became the hero of the storming of Anapa, when he took a fortress with 7 th. Garrison with the 15 th. Squadron, sent to Tiflis.

It must be said that the Persian campaign was undertaken not only with the aim of punishing "non-peaceful" Persia, but also had to supplement the so-called. "Greek project". According to the thought of P. Zubov, 35 thousand army, having done away with Iranian affairs, was to be sent to Turkish Anatolia and advance towards Istanbul-Constantinople. At this time, another Russian army - under the command of the brilliant Alexander Suvorov, had to pass the Balkan Mountains and captured Adrianople to go to the immediate approaches to the capital of the Ottoman Empire. At the same time, the Russian Black Sea Fleet blocked the Bosphorus and Dardanelles straits and was preparing to conduct a landing operation. Thus, with the next attempt of Turkish aggression, Russia could once and for all solve the “Turkish issue”. St. Petersburg had global plans for the transformation of the Ottoman Empire - Greece and the Slavic peoples were to receive freedom, and there was a project to restore the Byzantine Empire, led by the Russian tsar.

In general, the trip was successful. The main forces left Kizlyar through Dagestan to the Azerbaijani provinces of Persia on April 8, 1796. Already on May 2, Russian forces besieged Derbent, and on May 10 the fortress was stormed. Troops supported by the Caspian flotilla, which completely controlled the sea and landed in a number of places landing from the Black Sea Cossacks. In mid-June, Russian troops simultaneously and without battle occupied Cuba and Baku. In mid-November, the Russian army under the command of General Zubov reached the confluence of the Kura and Araks rivers. Zubov was about to advance further, take the capital and defeat the Persians in the general battle.

Shah Persia wisely avoided a collision with the Russian army, besides he was disturbed by insurrections on the outskirts, the danger from Turkey and Afghanistan (neighbors could take advantage of the situation and strike) and the threat of a court conspiracy. The Derbent, Baku, Cuban, Karabag, Shamakhi and Ganja Khanates were transferred to Russian citizenship. Friendly relations developed with the local population, the rulers and the population of the Azerbaijani principalities swore allegiance to Russia almost without pressure. The entire western coast of the Caspian was under Russian control. Militarily, the campaign was won, шахahinshah surrendered one by one territory without a fight. In fact, Russia could only politically approve the results of the campaign.

But the unexpected death of Catherine II 6 (17) November mixed all the cards. Pavel started the foreign policy of the Russian Empire from a “clean slate”; the Zubov brothers fell into disfavor. Therefore, the Russian army was withdrawn, and the status quo was restored in the Transcaucasus.

Ctrl Enter
Noticed oshЫbku Highlight text and press. Ctrl + Enter
We are
Conqueror of the Transcaucasus - Prince Pavel Dmitrievich TsitsianovThe black myth of the "occupation" of Georgia by Russians
24 comments
Information
Dear reader, to leave comments on the publication, you must to register.