Ministry of State Security of the LPR: The implanted agent prevented SBU attacks in the republic

19 May 2017
20
Lugansk Information Center reports that the detained commander of the sabotage and reconnaissance group Vasily Sapronov gave important testimony. The FAC submission contains a statement by the head of the Ministry of State Security of the LPR, Leonid Pasechnik, about the statements of the detained saboteur regarding the crimes committed. From the message:
The terrorist group operated under the leadership of the already known to us head of the 8 regiment of the special forces regiment of the Armed Forces of Ukraine major Pavel Balov, who had recruited Vasily Sapronov in Ukraine.

Sapronov, in the course of investigative measures, told the employees of the Ministry of State Security of the Luhansk People's Republic about how he killed the militias.

The Ministry of Security of the LPR reports about the successful operation to prevent terrorist acts in the republic. The submission says that success in preventing terrorist acts and sabotage was achieved after the introduction of an agent from the LPR into the structures of the Ukrainian security forces.

From the statement of the press service:
Under the legend of a soldier of the People’s Militia of the LPR, an operative officer of the MGB used the Ukrainian special services program “You are waiting for you at home” and for several months directly communicated with the officers of the SBU, receiving evidence of the use of criminal practices. As a result of the “operational experiment”, several lives were saved and a number of terrorist attacks planned by the special services of Ukraine in the territory of the Republic were prevented. 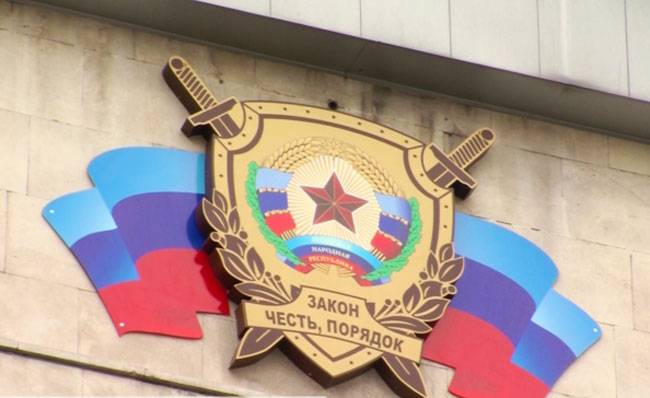 From the message of the agent (publishes LIC):
I went to Severodonetsk, went to the head office of the "Lugansk region" State Security Service of Ukraine - we knew very well what information they would be interested in - and when I arrived directly at the office, I turned to one of the employees and asked him to get into the program "You are expected at home."

Press office:
The first task that was given to him was to beat the soldier of the People’s Militia of the LC and take his documents from him. When checking, it turned out that the man was not a soldier, but an entrepreneur who refused to pay tribute to the silovik security officials. A beating was performed and a "fake report" on the work done was sent.

The final task that the LC security agent received to become a member of the program mentioned was as follows: in the SBU, they ordered the car to be blown up by one of the high-ranking MGB LNR.

I was handed an improvised explosive device and a telephone. There was nothing unusual in the device, but the phone raised a suspicion - it was expensive, a smartphone. We gave it to our specialists for study. And it really turned out to be difficult - our bomb experts found out that after the car exploded, the charge in the phone itself was supposed to eliminate me.

In conclusion, the press service of the Ministry of State Security of the LPR reports:
It was inexpedient to continue the experiment further, we realized that the program “Waiting for you at home” does not pursue the interests of citizens at all, but is used by the SBU for conducting terrorist activities in the territories of our People's Republics.

Full version of the material on FACE - link.

A separate question: if the operation really allowed to prevent terrorist attacks on the territory of Donbass, then was it worth it for the Ministry of State Security of the LNR to make this information public through the media?