China and the Russian Civil War

24 May 2017
32
Paradoxically, for China participation in the First World War on the side of the Entente and influence on the events of the Civil War in Russia turned out to be two sides of the same coin. In one shot, the Chinese "killed two birds with one stone".


Participation in world war was expressed for China in sending troops to the border, which were supposed to halt the advancement of the Bolshevik units (it was believed that the Bolshevik government was headed by German agents, and accordingly the Bolshevik Russia was considered a German satellite) in the border area with China.

Already by 6 February, 1918, the 2 squadron of cavalry and the 1 battalion of Mongolian infantry were advanced to the border in order to halt the advance of "Bolsheviks and German prisoners of war".

When the 18 of June 1918 was. The Czech troops defeated Irkutsk, 600 people of Chinese and Mongolian soldiers came forward to protect Maymachen. On July 6, 1 squadrons of cavalry and Mongolian troops were sent to protect the eastern and western outposts of China.

20 July 1918 X. 20 Chinese cavalrymen captured 7 Austrian prisoners of war, brought in and interned in Verkhneudinsk. When the Bolsheviks arrested the Russian influential citizens 10 on May 6 in Maymachen, they were beaten off by a Chinese company put forward to save them.

Active operations of the Chinese border units continued. For example, on August 15, two squadrons of cavalry and 1918 battalions of Mongolian soldiers were sent to Kudalin to fight with Bolsheviks approaching the border and Austro-Hungarian prisoners of war. Several people were killed. On the same day, a squadron of cavalry was sent to defend against the Bolsheviks of Verkhneudinsk.

1 September 1918 3 companies of Chinese soldiers and 300 Mongols, in cooperation with the Czechs, captured a Bolshevik commander in Troitsko-Savske, and 2 thousand Austrian-German prisoners of war were interned in the Czechoslovak camp. It was confiscated and transferred to the Czech parts of 40 machine guns, 6 guns, 2 thousand rifles, gunpowder and horses.

In the battle of 12 in September, the Bolshevik detachment from Troitsko-Savska was destroyed in Mongolia, and the 2 companies of Chinese and 400 of Mongolian soldiers pursued the Bolsheviks for over 20 km.

On October 13, 1918, at the request of Japan, a squadron of Chinese cavalry was launched to search for the Bolsheviks.

In total, around 3 thousand Chinese and 1 thousand Mongolian soldiers acted in the vicinity of Kyakhta.

It noted that in Russia there was a turmoil, which took advantage of the central powers. German and Austrian prisoners in Siberia rebelled and prevented the Czech troops from advancing to the East. The Chinese government goes to meet the proposal of the American government and sends its troops for joint action with the allies. It was declared that Chinese troops would respect the territorial integrity and sovereignty of Russia and would not interfere in Russian domestic politics. After completing the tasks assigned to them, the Chinese troops will be completely withdrawn from Russia.

1918-th year was characterized by a continuous stream of secret loans provided by Japan to China under a variety of pretexts. Their total amount exceeded 240 million yen. To a large extent, these funds were used to support operations in the Kyakhta area 4 thousand people of Sino-Mongolian troops, as well as 1,5 thousand Chinese soldiers and officers in Vladivostok.

A secret agreement was signed on the supply of Japan to China weapons, for which 28, November, was awarded a special loan in 20 million yen.

As a result of the subsequent political perturbations, the situation has changed. In collaboration with the Japanese in order to create Great Mongolia, ataman G. M. Semenov was actively working. Despite the negative attitude of the Mongols to the Japanese-Semenov venture, it served as a pretext for interference from China.

18 July 1919, General Xu Shu-cheng, is appointed Defense Commissioner for the north-western border and takes measures to increase the number of Chinese troops in Urga to 4 thousand people. In October, he personally arrives in Mongolia and by means of threats and bribes, he achieves that on November 16 of the same year the Mongols voluntarily renounced autonomy, and by December 2 the Mongolian troops were disarmed and disbanded.

The abolition of the autonomy of Mongolia was an unpleasant surprise for Japan. Soon the situation changes once again. July 28 The 1920 of the Border Defense Bureau is abolished, and its troops are included in the regular army of China. General Xu Shu-zheng responds from Mongolia.

By this time, the ratio of forces within Mongolia also changes. The lack of tact on the part of the Chinese administration and its violence cause discontent on the part of the Mongols and induce the latter to support the White Guard detachments of R. F. Ungern, who attacked Urga in October 1920, which was taken by him 4 February 1921. the troops were destroyed.

The direct or indirect participation of the Chinese armed forces in the Civil War in Russia ended with this. 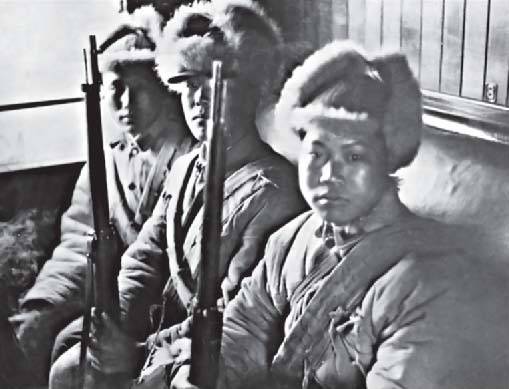 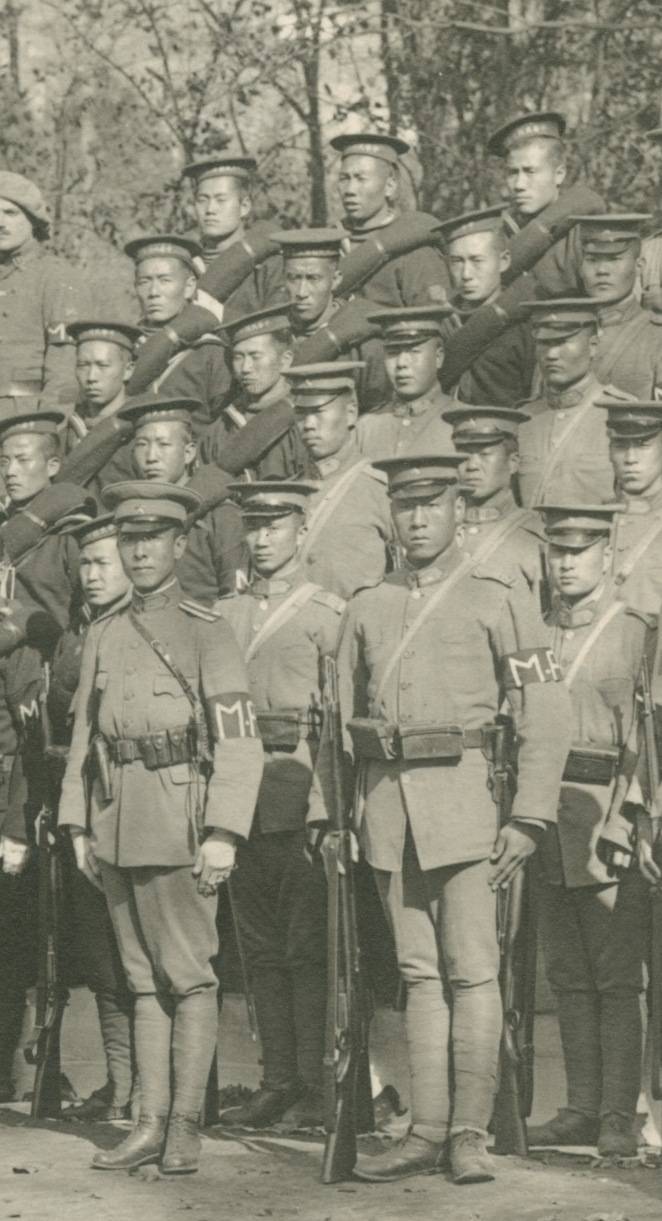