Haley: Putin’s words that the US is intimidating the DPRK are wrong

17 May 2017
52
The US permanent representative to the UN Nikki Haley did not agree with the statement of the President of the Russian Federation about the need to stop intimidating North Korea, reports RIA News. 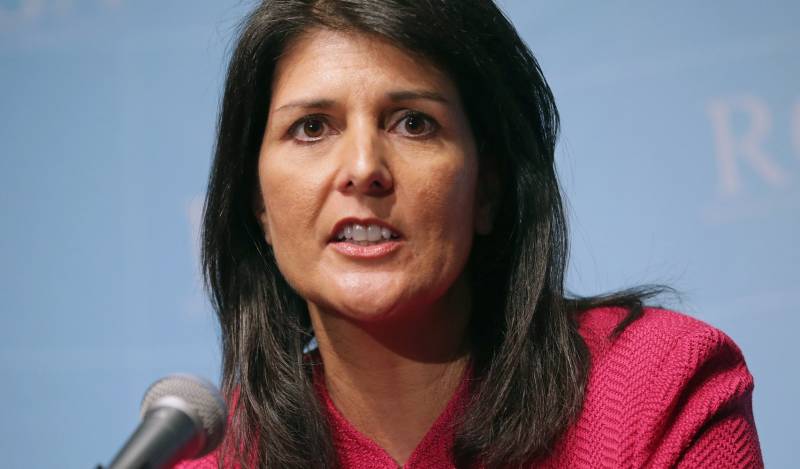 The idea of ​​Russia that we intimidate is wrong. North Korea is trying to intimidate the international community. And Russia itself must worry
Hayley told reporters.

According to her, "the last launch of the DPRK was, including a signal for the Russian Federation," since it was close to the borders of the country.

Russia must make the same decision as the entire international community: you either support North Korea or not. But you have to choose the side
said the permanent representative.

Earlier, during a visit to China on Monday, Vladimir Putin said that the latest rocket launch of the DPRK did not pose a threat to Russia, but such actions "provoke a conflict, and there is nothing good in it." He also said that it was necessary to return to the dialogue with Pyongyang, stop its intimidation and find ways to solve the problem peacefully.

According to Haley, no country is protected from North Korea’s threats, and “even stricter sanctions must be introduced to prevent Pyongyang from continuing to act.” She did not rule out Pyongyang’s involvement in the recent large-scale cyber attack.

Unfortunately, this would not be a surprise, but it would only increase concern. I think that now the DPRK is trying to threaten by all available means, whether it is nuclear or military capabilities, or cyber attacks. We see their overreaction, which is illogical. And we see it coming from all sides,
said the post representative.

Earlier, the Daily Mail, citing experts from the American company Symantec and the Russian Kaspersky Lab, reported that the attack could be “a group of hackers associated with North Korea”.