Ukrainian engine for a Turkish tank

16 May 2017
61
Igor Georgiev published Article "Will Ukraine help Turkey with tanks", which sets out new data regarding Turkish-Ukrainian cooperation in the field of tank building.

Once in Western sanctions after the coup attempt in July 2016, Turkey was unable to adopt the new main battle tank Altai developed by the local company Otokar, as the engine supplies to it were blocked. The Austrian company AVL List GmbH, which created the engine for the car, expressed a categorical refusal to fulfill the contract. In this regard, Ankara’s plans to start mass production in 2017 are completely disrupted. Earlier, the Turkish army was expected to purchase 1000 vehicles, each worth $ 5,5 million (and another 500 million from 2007 was spent on development), which were designed to replace outdated American and German tanks.

According to the author of the article, 4 experienced specimens have proven themselves well in testing. The maximum speed of the 60-ton machine with the German MTU Friedrichshafen engine reached 70 km / h. Tanks showed excellent maneuverability and maneuverability. 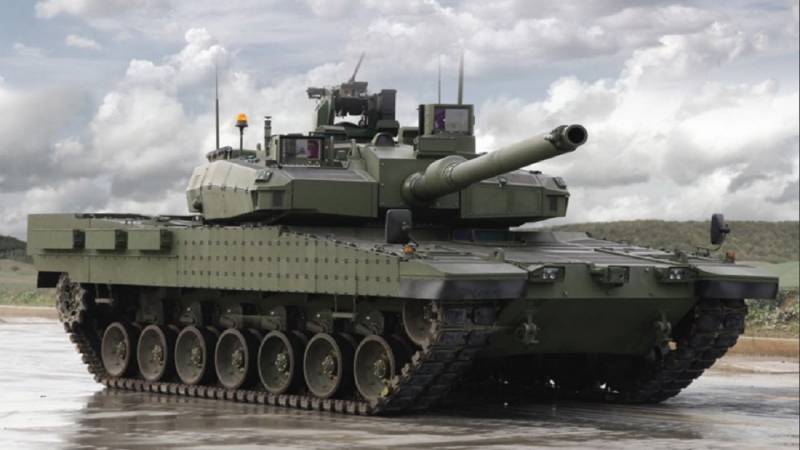 The author of the material believes that in the conditions of the boycott declared by the West, three potential partners - Russia, Ukraine, and China - can help overcome the problem that has arisen in Turkey. The solution to this problem is extremely important, given the complex geopolitical situation that has arisen at the borders of the state.

I. Georgiev believes that the level of interaction with Russia at this stage does not allow for a transition to close military cooperation. Especially, given the distant interests of the Russian Federation, which will not sacrifice key technology for the sake of current benefits. China, having concentrated various world technologies, organized its own production of tank engines, but their quality remains a weakness.

As a result, the current situation is pushing Ankara to work with Kiev. On March 14, during the visit of Prime Minister Vladimir Groisman to Ankara, the country issued a memorandum of understanding. As the Turkish media emphasizes, the agreement provides for the future use of the technologies of the Ukrainian tank engine 6ТD-3 for the finalization of the Altai tank.

After 2 of the week, Ukroboronprom Group of Companies published information on the supply plans of “Zavod im. Malysheva "(Kharkiv) 6TD-3 engines with 1500 horsepower for the new Turkish MBT.

As evidenced by the differences in the wording, the Turks want to get the production technology of engines for their own production, while Kiev wants to sell the engines of Turkey. Previously, due to similar disagreements, negotiations with Mitsubishi broke down and the signing of an agreement with the Austrians took a very long time because Ankara demanded the transfer of the right not only to production, but also to export.

Kiev, apparently, believes that it will be possible to repeat the scenario with Pakistan. Under the 1996 contract with this country, 320 T-80UD tanks were shipped to Islamabad. Given that the Russian gas turbine engines were able to replace them with Kharkov 6TD-2 (1200 hp, the predecessor of 6TD-3). After this transaction, given the absence in Pakistan of its own production of spare parts for them, Ukraine has constant additional income from servicing tanks. Moreover, the Kharkov 6TD series engines are supplied for their own Pakistani main Al-Khalid battle tanks, developed by Islamabad in cooperation with Beijing.

As the author of the article notes, the possibility of duplicating such a deal with Ankara raises doubts: already during the implementation of the Pakistani 20 contract a year ago, we had to engage in “cannibalism”, that is, dismantle old, canned machines. Constant delays in the execution of the 2011 contract with Thailand once again testify to serious problems in the Ukrainian military industrial complex. It is possible that for this reason Bangkok refused to purchase Ukrainian armored personnel carriers BTR-3, making a bet on the vehicles of the Chinese association Norinco. In April, 2017, the Marine Corps of Indonesia, prepared a proposal to its Ministry of Defense to refuse to purchase further Ukrainian armored personnel carriers BTR-4М. In 2012, Iraq refused from the BTR-4 because of the cracks found on the bodies of the first batch, preferring the Russian BTR-82.

The author of the article concludes that Ukraine has the necessary military-industrial technologies that can become the basis for the redesign of the Turkish tank "Altai". At the same time, the progressive deindustrialization of the state makes one doubt the possibility of organizing the production of engines in Ukraine based on the existing technological solutions. In this regard, by and large, there remains the option of transferring technology to Turkey. However, the United States may prohibit the Kiev regime from cooperating with Turkey on Altai. A similar situation arose with South Korea, which, along with Turkish Otokar, participated in the development of Altai. But the South Koreans could not transfer the engine production technology.
Military Reviewin Yandex News
Military Reviewin Yandex Zen
61 comment
Ad