Lindsay Graham: We will not be able to remain a single country until we punish Russia

15 May 2017
87
Republican Senator Lindsay Graham declared the need to punish Russia for "threatening American democracy." He told about it on the air of the NBC TV channel, RIA News


According to him, he is sure “by a thousand percent” that the Russian special services broke the mail of the head of the headquarters of Hillary Clinton John Podesta and the servers of the Democratic Party, and also “created chaos” in the USA.

I believe that we will not be able to remain a single country until we punish Russia.
- said Graham. 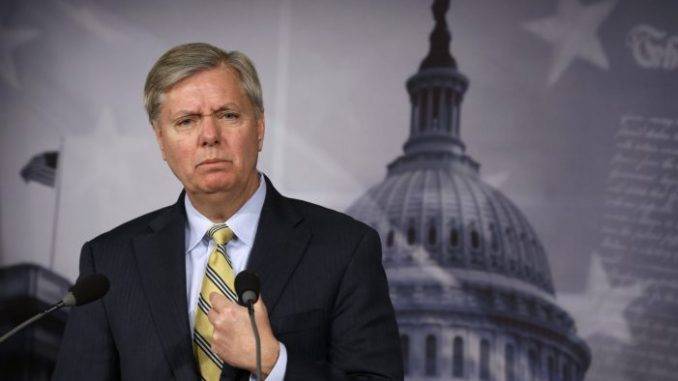 He stressed that the hackers did not manage to influence the outcome of the elections, however, in his opinion, they “tried very hard” and such actions should not be left unanswered.

The senator said that he had prepared a new draft of sanctions against Russia, which "support both parties", and now intends to submit it to the president.

In October, the Department of Homeland Security and the office of the director of national intelligence of the United States announced the involvement of the Russian government in hacker attacks committed earlier in 2016 against political organizations in the United States. Later, the CIA, through the media, accused Russia of breaking into the party servers of the Democratic Party in order to help Donald Trump, who won the presidential election in November 8.

Elected US President Donald Trump called the accusations against Russia frivolous and noted that his political opponents-democrats are trying in such a way to question the election results and to disclaim responsibility for the loss.

In Moscow, charges of hacking attacks were categorically denied, calling them unsubstantiated. No evidence of Russia's involvement in them with the aim of influencing the result of the presidential election of the United States has never shown.

Ctrl Enter
Noticed oshЫbku Highlight text and press. Ctrl + Enter
We are
Graham, happy birthday!
87 comments
Information
Dear reader, to leave comments on the publication, you must to register.