Pyongyang reports the launch of a ballistic missile

15 May 2017
82
Official Pyongyang issued a statement about the successful launch of a ballistic missile. We are talking about the launch, which was made the day before. If the news agencies of South Korea and the West claimed that the launch of “a rocket that has nothing to do with ballistic missiles” was launched, the DPRK reported the opposite.

The country's central television issued a report about the testing of the Hwasong-12 rocket, which flew over 787 km and gained altitude above 2 thousand km. At least, such figures represent the North Korean media. 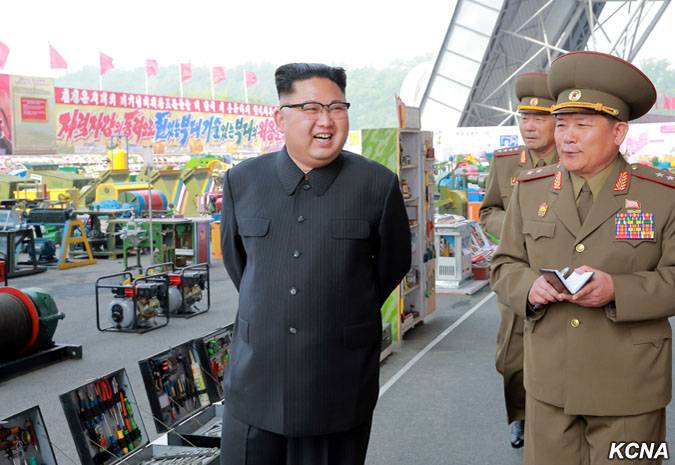 The material stated that the rocket was launched in such a way as not to jeopardize the security of the neighboring countries of the DPRK.

Hwasong-12 is capable of carrying a nuclear warhead. The launch of a ballistic missile was observed by the head of state Kim Jong-un.

It is reported that the rocket fell into the Sea of ​​Japan at a distance of about 750 km from the North Korean borders.