5 May 2017
17
The Russian military department posted on its website declassified historical documents from the funds of the Central Archive about the atrocities of the Nazi invaders during the Great Patriotic War, reports RIA News. 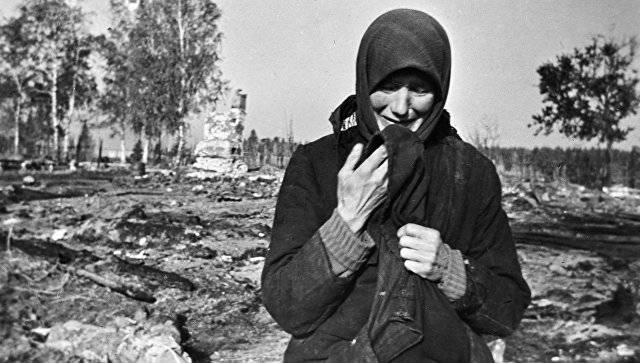 For the first time on the official website of the Russian Ministry of Defense, unique declassified historical documents from the funds of the Central Archive of the Ministry of Defense of Russia, which tell about the monstrous atrocities committed by the German fascist occupiers during the Great Patriotic War in the Kherson region of the USSR,
said in a release department.

In particular, according to the report “On the facts of the monstrous atrocities committed by the German fascist occupiers in the city of Kherson”, compiled by the head of the political department of the third Ukrainian front, Mikhail Rudakov, tens of thousands of civilians were tortured and executed only in the Soviet Kherson region.

The report is attached to the forensic medical report, conducted after the exhumation of the bodies of Soviet citizens killed by the occupiers. This document was drawn up after the excavation of one burial site, located in 7-mi from Kherson.

The department noted that "these documents are gaining special relevance now, in the light of attempts by various political forces in our country and abroad to rewrite the history of the Second World War and impose a new version on the world, redraw it under the political conjuncture."