"Carl Vinson" today "showed up" off the coast of Japan

Today it became known that the US Navy aircraft carrier is located off the coast of Japan - in the area of ​​Nagasaki Prefecture. This information was presented by the Japanese television channel NHK. The aircraft carrier was shot around 1: 00 (MSK) (six am local time) from a helicopter.

Japanese media write that the American aircraft carrier "may, within a day, bypass the Korean Peninsula over the next 24 hours." 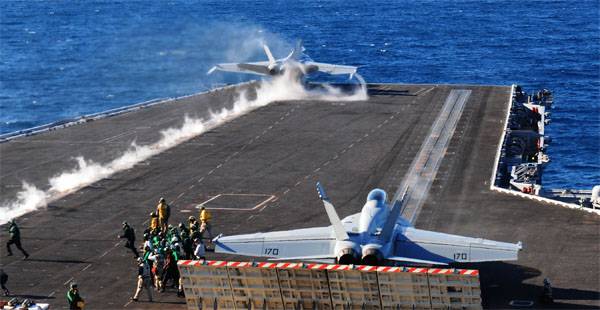 Recall that previously announced the "possible arrival of the US aircraft carrier group to the coast of Korea 15 April." On that day, the DPRK celebrated the 105 anniversary of the birth of Kim Il Sung. Then the arrival dates began to shift, declaring that “Carl Vinson” will reach the shores of the Korean Peninsula by April 25 - the day of the creation of the DPRK army. Now, the next statements that “Carl Vinson” “is about to reach target positions” are several dozen nautical miles from Korea.