Failure of the MBT-2000 tank in Peru: details 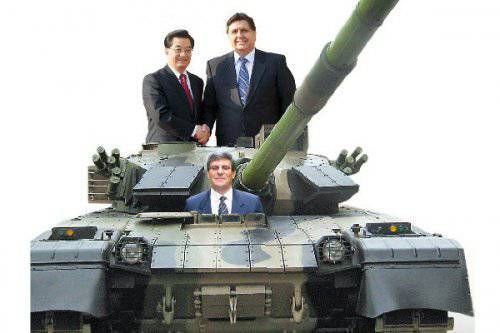 In April this year, the government of Peru made an unexpected decision to postpone the purchase. tanks MBT-2000 manufactured by the Chinese company NORINCO, announced last year. The Chinese magazine Tanks and Armored Vehicles (founded by NORINCO and the Northern Research Institute of Armored Vehicles) in a recent September issue devoted a detailed article to the circumstances of the Chinese-Peruvian tank scandal - Peru's refusal to buy Chinese MBT-2000.


What happened in peru

11 July 2010, the chief of the general staff of the Peruvian army, in an interview with the local television channel Chanel N, stated that five Chinese tanks MBT-8 had already returned to the Chinese manufacturer in the 2009 December parade of 2000 in December. He stressed that these tanks were demonstration samples provided to the armed forces of Peru to test their mobility and firepower. From the demonstration of tanks at the parade, one should not make the erroneous conclusion that the Peruvian Armed Forces made the decision to buy these tanks. He also refused to confirm that Chinese tanks had lost the right to further participate in the Peruvian tender. As is known, Peru decided to acquire 80-140 tanks as part of the modernization of its ground forces; their total value could be many hundreds of millions of dollars. 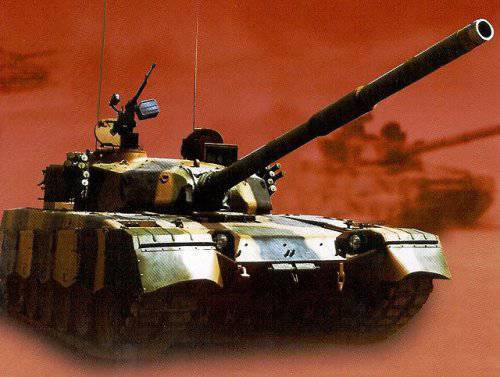 According to Peruvian media, the return of tanks is associated with the intervention of Ukraine, a supplier of diesel engines for an export Chinese tank. In March, the Ukrspetsexport company subordinate to the Ministry of Defense of Ukraine specifically notified the Ministry of Defense of Peru that the sale of MBT-2000 tanks by China was a violation of the previously reached agreements between Chinese and Ukrainian companies. In this regard, Ukraine will not deliver logistics systems for tanks supplied by China to Peru. Having received a warning from the Ukrainian side, the National Defense Committee of Peru abandoned plans to acquire Chinese tanks MBT-2000. In conditions when it was impossible to guarantee that the Chinese side would receive an end-user certificate to the Ukrainian engine, Peru decided to return the 5 tanks received earlier.

In addition to a detailed presentation (based mainly on the Russian media) of known facts regarding Ukraine’s refusal to supply the 6TD-2E engines, the magazine gives its version of the reasons for the failure of the Peruvian deal. At the same time, the magazine is repelled by comments from Russian experts borrowed from the Russian media. Numerous quotations of Russian experts and Russian media reports, the exact sources of which are not always possible to establish, allow the author of the article (speaking under the pseudonym 静水, “Silent Waters”) in some cases to avoid statements on his own behalf.

Chinese version: the machinations of Russia

The authors of the article explain the failure of the Sino-Peruvian tank deal by the intervention of Russia, which is using its newly increased influence in Ukraine to oust the PRC from promising armory markets. In particular, the article quotes the words of the Russian military expert Vladimir Yevseyev, who believes that the failure of the Sino-Peruvian tank contract is to a certain extent related to the improvement of Russian-Ukrainian relations. It seems that Russia, at the expense of China (and helping Ukraine), is seizing the Chinese share of the arms market and at the same time restoring Russian-Ukrainian military cooperation, Yevseev notes.

With links to the Russian media, it is indicated that the new Minister of Defense of Ukraine, Mikhail Yezhel, pays great attention to arms trade and "placed trustees in such a fat place as the Ukrspetsexport company." At the same time, Yezhel uses the Sino-Peruvian tank scandal as an excuse to oust people close to the ex-Minister of Defense of Ukraine Alexander Kuzmuk from Ukrspetsexport. Again, with reference to media reports, it is argued that the cooperation between Ukraine and China in the supply of engines for the 6TD-2Е for Chinese tanks was agreed upon while in office as Kuzmuk.

The article states that the MBT-2000 tank cooperation agreement (produced in Pakistan under the license under the name Al-Khalid) was not explicitly prohibiting the export of Ukrainian engines to countries other than Pakistan. However, when the Chinese tank MBT-2000, rather than the Ukrainian Oplot-M, won a tank tender in Peru, this caused a storm of indignation in Ukraine. Yezhel reorganized Ukrspetsexport, and after that Ukraine began to put pressure on Peru to sell Oplot-M.

Russia and China in the fight for Ukraine

With reference to Dmitry Vasilyev, the chief editor of the Russian magazine “Arms Export”, it is stated that Russia and China are already turning into competitors in the arms market, since China was able to “digest” many technologies obtained from the Russian Federation. Quite often, the source of these technologies was Ukraine, which transferred to the PRC quite a lot of Soviet-era technical documentation. In fact, according to the Chinese edition, Russia wants to join forces with Ukraine in order to prevent China from capturing an even greater share of the world arms market. It is emphasized that shortly after the sales of Ukrainian tank engines to China were frozen, Rosoboronexport threatened to prevent the delivery of another batch of RD-93 engines to China, since the FC-1 plane on which it is installed threatens the export prospects of the MiG-29. 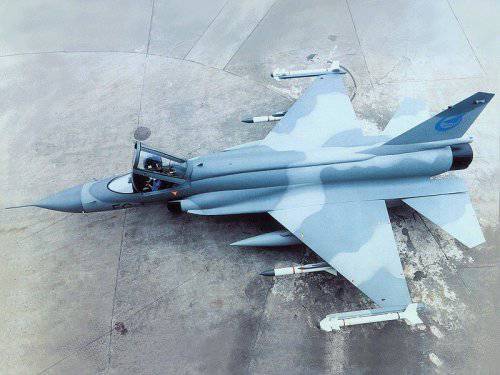 According to the publication, there is a "cooling of the Sino-Ukrainian military-technical cooperation." “Faced with the changes that have occurred in the Sino-Ukrainian MTC, many of our specialists still hope that“ the clouds will shatter and the sun will peek out, ”the article notes. Experts point out that for many years China was not just an important trade and economic partner of Ukraine, but also the main buyer of Ukrainian military products. Many Ukrainian programs for the production of new types of weapons could only be implemented through Chinese investment. The responsible officer of the Research Institute Kvant stated that without Chinese investment, this institute would not have been able to launch the Kashtan-M laser anti-missile system into production. At the same time, the main export market for this system is China, during the Beijing Olympiad it was set up near all major facilities in order to protect against terrorist attacks. 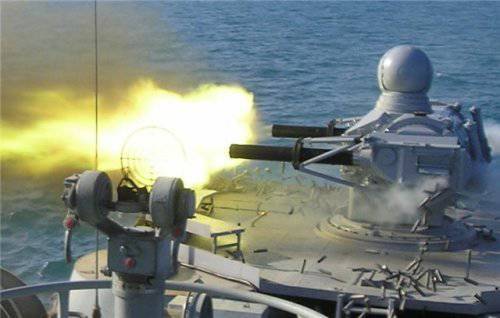 In the Ukrainian tank industry, according to the article, not everyone is happy with the decision of Ukrspetsexport regarding the supply of MBT-2000 tanks to Peru. This is most evident in relation to the Ukrainian Luch bureau. With Luch, 1996 has established close relations with many Chinese military-industrial companies, including NORINCO, together promoting their products to foreign markets. The greatest success was the joint modernization of Chinese tanks 59, which had previously been supplied to the third world countries of the Chinese tanks. At the same time, the Ukrainian company supplied the bastion 3 caliber 10 or 1 mm caliber for the upgraded tanks TUR 100UBK105-XNUMX (depending on whether the gun was replaced or not). With reference to the Russian Military Industrial Courier, the magazine claims that this cooperation has brought Luch huge profits and increased its authority, allowing it to undermine the monopoly of Tula KBP in the TOUR market.

According to the chief designer of Luch, Oleg Korostylev, MBT-2000 tanks, designed for Peru, were to be equipped with Kombat 125-mm TOUR of production of Luch design bureau, while in the struggle for this order the Chinese partners provided Luch with an enormous help. By the special order of the Chinese side, the Combat was modernized to conform to the NATO standard in order to fulfill the requirements of the Peruvian side.

In reality, the author of the article argues, the Ukrainian military industry is very much dependent on the Chinese market, while cooperation with China allowed the Ukrainian military industrial complex to avoid excessive dependence on Russian orders. According to SIPRI, at the end of October 2008, Ukraine supplied 19 countries with 1118 weapons and military equipment, twice as many as 2007, exports exceeded 1,7 billion. One third of Ukrainian exports of military products and services fell to China, with By this, Russia at that time deliberately cut its supplies. In recent years, Russia has pushed Ukrainian enterprises back from participating in its export contracts, such as the delivery of Su-30 and Mi-17 / 26 abroad, as well as many other types of weapons and military equipment. Ukrainian enterprises in these conditions faced difficulties, and Chinese orders were salvation for them. Former Minister of Defense of Ukraine Yuriy Yekhanurov said that China is a reliable friend, and Ukraine wants to play an active role in the military modernization of the PRC. He also expressed the hope of deepening military cooperation between the two countries. (End of article) 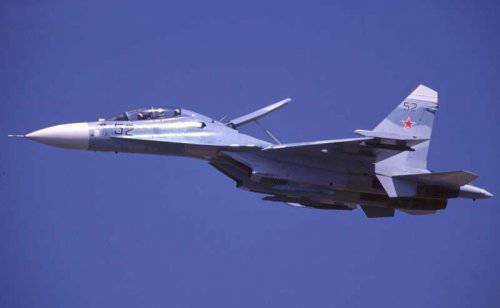 P.2 considers it necessary to clarify: linking the failure of the Chinese party to the Peruvian tank tender exclusively with the opposition of Russia (and the new leadership of Ukraine) would not be entirely fair. 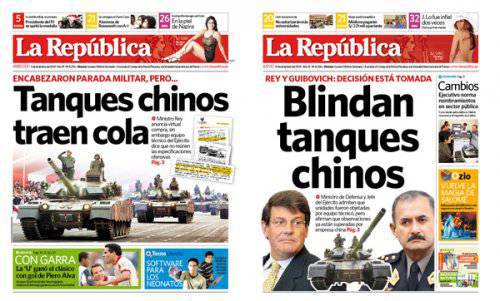 Recall - in December 2009, immediately after the parade, where everyone could see five Chinese tanks, Peru’s Minister of Defense Rafael Rey directly and unequivocally reported to the Peruvian press the following:

- The Chinese tank with difficulty approached the requirements of the tender, and only on the third attempt (April, July, November 2009, and already at the stage of the second attempt Peru was offered “not the export, but the Chinese version of the tank”). P.2 has already told how the Peruvian Ministry of Defense and the army leadership decided to twist each other and the combatant military hands when choosing this or that product, therefore here and without the Ukrainian-Russian footings it was not that good;

- Only MBT-2000 and T-90С are among the winners of the tender. The Chinese tank was chosen for price reasons;

- In addition, the decision to purchase Chinese tanks was political;

- When the parliament summoned the Minister of Defense and Commander-in-Chief Gibovic to clarify the motivation for choosing the Chinese proposal, Rei said that the maintenance of Chinese tanks is not guaranteed, since the funds for this in the budget (and apparently in an agreement with NORINCO) are not provided for some reason . 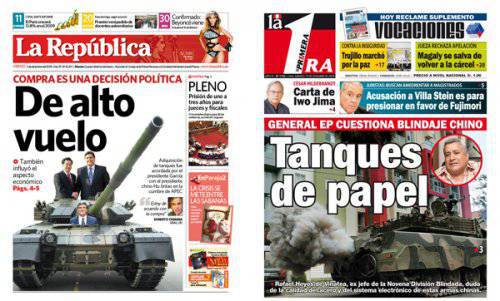 Recall also that in December 2009, Defense Minister Rey and President Garcia contradicted each other: the President said that during his meeting with Hu Jintao at the Singapore 13 Summit in November 2009, China had adjusted its proposal to a more advantageous Peruvian side. , which contributed to the choice in favor of MBT-2000, and the next day, Ray assured that by the time of the meeting of the heads of state an agreement with the Chinese had already been reached, and the presidents simply discussed it.

Rosoboronexport had even more reason to “not sit idly by” because the appearance of Chinese tanks at the parade occurred without informing the participants about the results of the tender, for which then Ray had to defend himself. One gets the feeling that not so much Russia is intriguing against China, as China is pushing its proposals at any cost.

Corresponding experience at NORINCO is available. In February, 2005, former Industry Minister under Fujimori’s President Viktor Joy Way Rojas, was sentenced to eight years in prison by the Supreme Court of Peru on charges of accepting bribes from five Chinese companies, including NORINCO.

Ctrl Enter
Noticed oshЫbku Highlight text and press. Ctrl + Enter
We are
1 comment
Information
Dear reader, to leave comments on the publication, you must to register.