Lindsay Graham: "Trump will not allow the psycho from the DPRK to develop a rocket"

April 25 2017
79
Senator Lindsey Graham argues that Trump will not allow the DPRK to launch a ballistic missile with a nuclear warhead capable of reaching the United States. This politician said on the TV channel Fox News, reports RIA News

President Trump will not allow a psycho from North Korea to develop a nuclear warhead missile that could hit the US
- said the Republican, who on Monday was invited to dinner with the American leader, along with Senator John McCain and head of the Committee of Chiefs of Staff Joseph Dunford. According to Graham, Trump "does not want war as much as he does," but this does not affect his tough stance against Pyongyang. 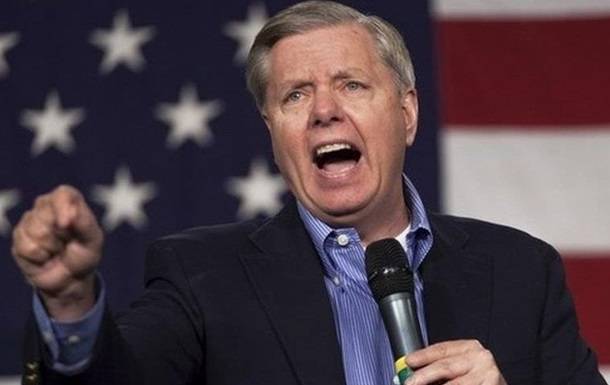 If the DPRK thinks that Trump is only able to speak and not act, they are seriously mistaken,
- stressed the senator.

Graham also noted that he was “impressed” by the president’s approach to the North Korean issue. According to him, China "in the past two weeks has done more to counter North Korea than in previous 25 years."

The DPRK in recent years has been developing an intercontinental ballistic missile, and also conducted a series of nuclear tests in violation of UN Security Council resolutions. US Vice President Mike Pence announced the end of the era of Washington's "strategic patience" towards North Korea.

Ctrl Enter
Noticed a mistake Highlight text and press. Ctrl + Enter
We are
Graham, happy birthday!The course of the F-35 program by Senator McCain is described as “promiscuous”
79 comments
Information
Dear reader, to leave comments on the publication, you must to register.