How can Iran close the Strait of Hormuz? 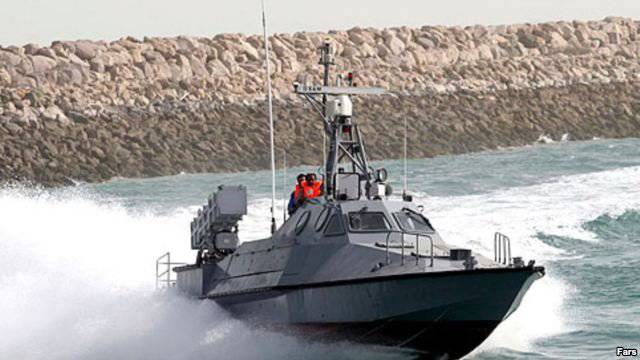 As long as only politicians participate in discussions of a problem, there is hope for a peaceful outcome. But when the military take the word, all hopes begin to melt rapidly. Something similar is now observed around Iran. After economic and political sanctions against this country, representatives of the armed forces of various countries began to make more and more statements. There are bad prospects for Iran and the region as a whole.

One of the last commander spoke Fifth fleet US Vice Admiral M. Fox. He believes the Iranian naval forces are constantly improving in quantitative and qualitative terms. And in the very near future, Iran will be able to achieve such a potential that the threat to block the Strait of Hormuz will no longer be just words. But 40% of all oil extracted in the world is transported through this strait. Of course, the United States has a sufficiently powerful navy to withstand the Iranian Navy without any problems, but not everything is cloudless here. Fox says the Iranian maritime command could take the most extreme measures in a difficult situation. The fact is that in the Iranian fleet there are a number of small submarines of the Al-Sabehat 15 and Al-Ghadir types. Initially, these boats were designed for covert transfer of small sabotage groups. But, according to American analysts, the construction of Al-Sabehat-15 or Al-Khadir allows you to install a fairly powerful explosive charge on them. Thus, these boats can carry out sabotage operations of a suicide nature. 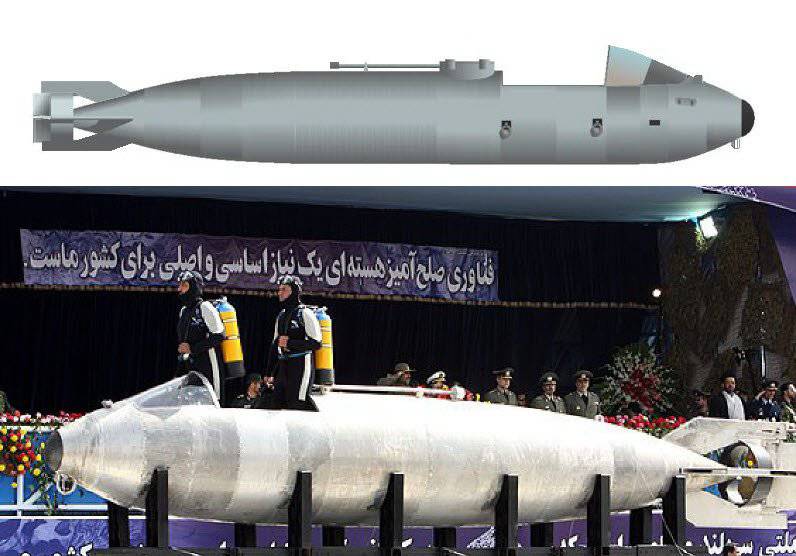 As long as the Islamic republic does not need suicide bombers, the country that attacked it also risks losing. Fox notes the fact that a huge number of sea mines have accumulated in Iranian warehouses. Naturally, this is not universal or absolute. weaponBut even now, mines, including obsolete models, can cause many problems to any navy, not to mention the merchant fleet. In addition, in quantitative terms, the basis of the Iranian Navy is rocket boats, which in itself does not facilitate the war with such a fleet. It is noteworthy that in recent years Iran has focused precisely on the development of this part of its naval forces. Whether this strategy is correct or not, only practice can show. Nevertheless, even if Tehran chose the wrong path, its step looks very bold. A few decades ago, the leading maritime powers no longer actively develop the so-called "mosquito fleet." With all the advantages of small ship formations armed with anti-ship missiles, they proved to be less effective than other methods of warfare at sea. In particular, “mosquito” compounds almost do not pose a threat to carrier-based strike groups. It is unlikely that Iranian military leaders would pretend that they did not know about it. Well known, but still decided to develop this area. Commendable courage. The main thing is that it should not be fatal in the end. True, only a half dozen missile boats of the Kaman type, ten boats of the Houdong type (made in China) and three small patrol boats of the Parvin type may not make the weather even within the Strait of Hormuz. But do not underestimate the missile boats, because it was they who, in the middle of the 80's, destroyed most of the targets in the three years of the Tanker War. 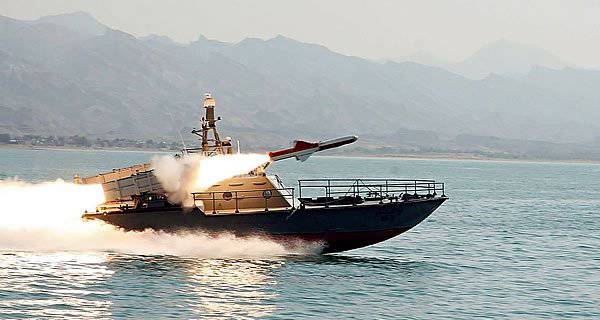 Another area that is not particularly popular in the world and that Iran is developing is small and ultra small submarines. At one time, the technology did not allow making such a technique with at least tolerable characteristics, and then they forgot about this class. Nevertheless, in this regard, Tehran has its own opinion, different from the global one. Therefore, in recent years, a number of the already mentioned boats of the Al-Sabehat 15 and Al-Ghadir projects have been built. At the end of 2009, the US Navy intelligence published information about a contract between Iran and the DPRK, which implies the supply of semi-submersible submarines for Taedong-B and Taedong-C projects. The Americans could not figure out a specific number of Korean boats, as well as Iranian-made equipment. Iran also prefers not to spread, but unofficial sources estimate the total number of all four types of submarines to be several dozen.

As we see, the Iranian admirals have their own views on the development of their own fleet. But there are also “traditional” things in it - the rest of the Iranian Navy looks quite similar to the fleets of other countries, including the leading ones. With the difference that in quantitative terms, Iran is far behind, for example, from Russia or the United States. In particular, the submarine fleet of the Islamic Republic, in addition to small submarines, includes only three multi-purpose diesel-electric submarines. These are Tareg, Noor and Yunes, which were commissioned by the mid 90's. All three boats were made in the USSR / Russia and belong to the 877ECM “Halibus” project. Despite the twenty years of age of the two most senior Iranian diesel-electric submarines, they can still compete with a considerable number of similar foreign submarines. In 2011, the tests of the head submarine of the Fateh project of its own Iranian development were completed. 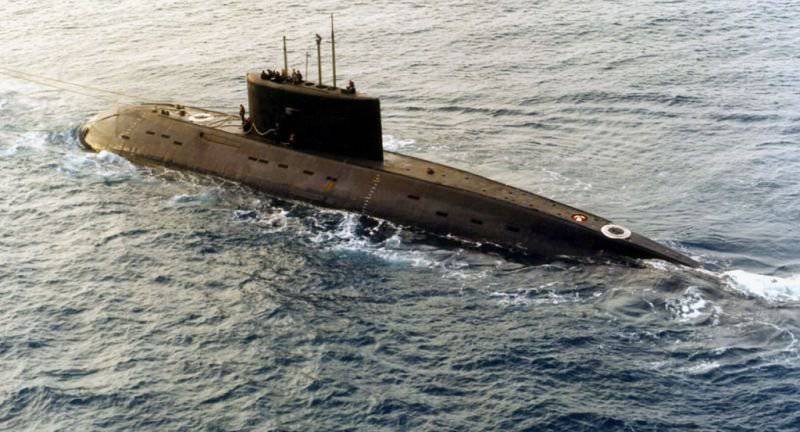 Present in the Iranian Navy and large surface ships. These are the frigates of the types Alvand and Modge (less than a dozen in total), three corvettes of the projects Hamzeh and Bayandor. In addition, in the first half of this year it is planned to introduce the second destroyer of the Jamaran class into the fleet. Iran also has a number of landing ships, minesweepers, tankers, supply vessels, etc.

Of course, Iran’s naval forces cannot be called world leaders, but you shouldn’t call them completely incapable of withstanding the sea enemy. This is a typical navy of a medium-sized country with relatively large sea borders. A large, if not dominant, amount of light equipment - rocket boats, etc. - at first glance it may not seem quite right by completing the fleet. But over the past decades Iran has managed to take part in several armed conflicts, including the ones in the sea. Accordingly, the command of his naval forces could not only get the necessary lessons, but also create on their basis the concept of fleet development. And it cannot be said that the chosen emphasis on small boats and ships is the wrong decision. The main adversary of Iran, before and now, is the United States of America. This country is undoubtedly the world leader in the quantity and quality of warships. It would be foolish to assume that Iran will be able to fight with it in sea battles. Therefore, missile boats were chosen as the main striking force - cheap, high-speed, maneuverable and possessing sufficient combat potential. Larger ships are easier to detect, and for the American fleet it is also easier to destroy. As for suicide sailors, the general morale of the Iranian armed forces, and even more so the Islamic Revolutionary Guard Corps, suggests that in a difficult situation not only submarines with an explosive charge can go to enemy ships boats with similar "surprises".

However, Tehran threatens not to destroy enemy ships, but to block the Strait of Hormuz. Of course, kamikazes can be useful in this matter, but rocket boats and mining will cope with this matter, at least, not worse. If the enemy manages to ensure the passage of tankers through minefields, then Iran, in response to this, can begin a real hunt for tankers within the Persian Gulf. Will a potential enemy of Iran be able to protect all oil tankers coming from such a dangerous region?