April 19 2017
8
According to the Department of Information and Mass Communications of the Ministry of Defense of the Russian Federation, the international exercise "Slavic Brotherhood-2017" will be held on the territory of Belarus, in which Russian, Belarusian and Serbian paratroopers will take part, reports Interfax-AVN

At the joint talks, the military experts of Russia, Belarus and Serbia agreed on the theme and goals of the planned joint Belarusian-Russian-Serbian exercises "Slavic Brotherhood-2017",
- says the release of the military. 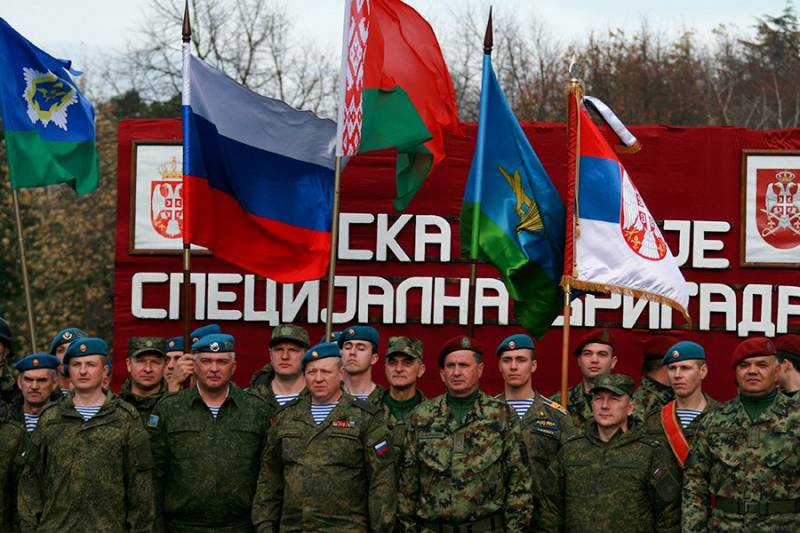 As specified, joint exercises are planned to be held on the territory of Belarus in the Brest region, at the Brest training ground of a separate air assault brigade, as well as at one of the stretches of the Mukhavets river.


The arrival of military contingents for combat coordination activities is planned for 5 June 2017 of the year,
- Reported in the Ministry of Defense of the Russian Federation.

It is noted that "in the course of constructive discussions between representatives of countries, the previous agreements on the dates and duration of the exercise were confirmed, and the places for practical actions of the units involved were clarified."
The participation of Russian servicemen in the planned joint exercises "Slavic Brotherhood-2017" is regulated by the International Action Plan of the Russian Ministry of Defense for 2017, the department reported.

Ctrl Enter
Noticed oshЫbku Highlight text and press. Ctrl + Enter
We are
Russian-Serbian military exercises Bars-2015 completedResults of the week. “We will define your disgraceful ailment as a feat: we will send to the paratroopers. There you also will start shit "
Military Reviewin Yandex News
Military Reviewin Google News
8 comments
Information
Dear reader, to leave comments on the publication, you must to register.