April 22 2017
1
The gun, developed on the basis of that of the American howitzer М114, was first introduced to the general public in 2011. The howitzer with a barrel in 39 calibers and weighing almost seven tons is equipped with a muzzle brake and mounted on the chassis of a six-wheeled German truck MAN.


This cargo platform is quite well mastered by Iranian gunsmiths, on its base in the country already produced a multiple-launch rocket system. The self-propelled gun is equipped with manual pickups and a massive folding coulter, which ensures a stable position of the howitzers when firing. 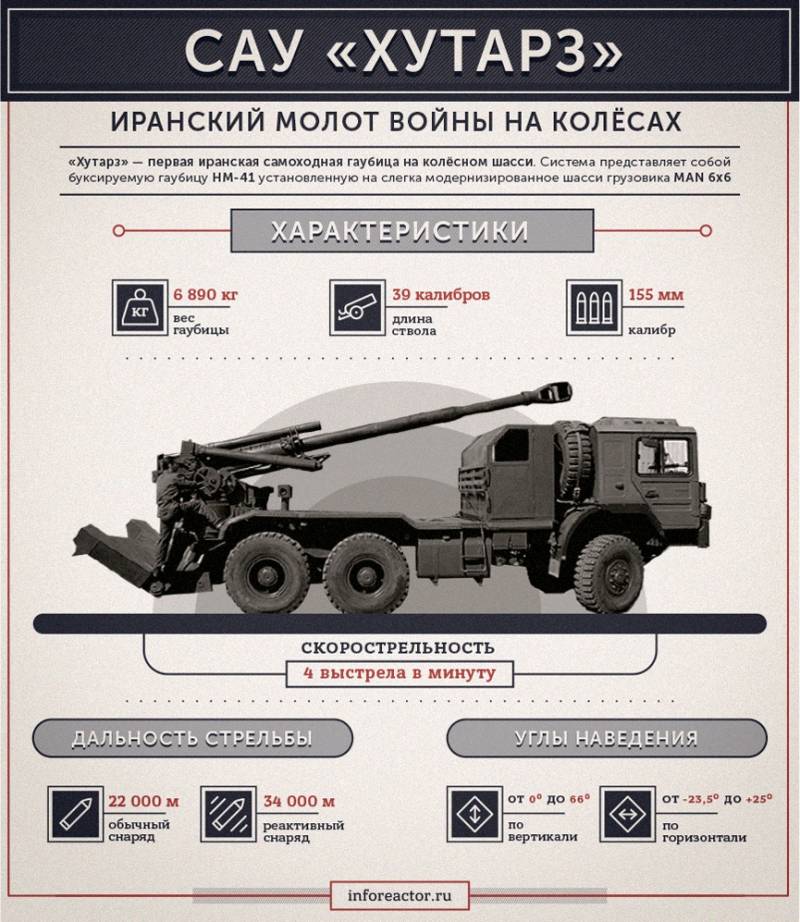 Ctrl Enter
Noticed oshЫbku Highlight text and press. Ctrl + Enter
We are
9K51 “Grad” rocket launcher systemJoint Russian-Belarusian operational exercises "Union-2011 Shield" at the site of the 185-th center of combat training and combat use of the Air Force "Ashuluk" (photo)
1 comment
Information
Dear reader, to leave comments on the publication, you must to register.