The document implies an increase in the level of military discipline in the units of the Armed Forces of Ukraine and other law enforcement agencies of the country. UNIAN reports that the level of responsibility for violation of statutory requirements, including the use of alcohol in the performance of official duties, and disobedience to the command of reservists, is increasing. 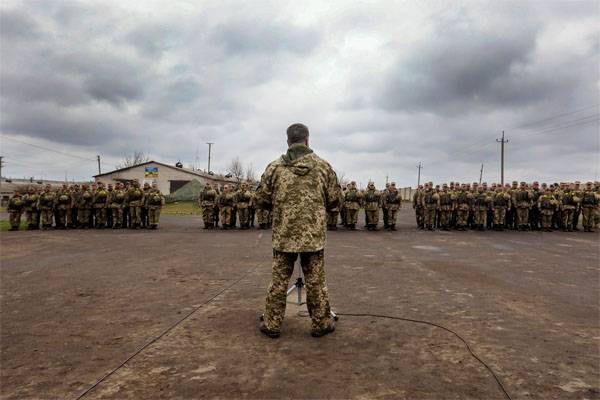 It is noteworthy that such a law Poroshenko signed after the scandal that erupted during the military gathering with the involvement of those same reservists. We are talking about a situation where the radicals from the Right Sector (banned in the Russian Federation) who were at the training camp, were posted in a tent camp at the training ground black and red flags. The general, who arrived at the landfill, ordered the flag of Pravosek to be removed. Instead of fulfilling the order, the radicals began to use foul-hearted against the commander and added that all other command orders would be carried out only after they were allowed to leave the flags on the tents.

Whether the arrest for 5 days will stop those who are not used to executing command orders is a big question.