April 13 2017
73
A meeting was held in the Kremlin of Vladimir Putin, Sergey Lavrov and US Secretary of State Rex Tillerson. In the opinion of US President Trump, relations between Washington and Moscow are at the lowest level ever. history diplomatic relations of the two states. 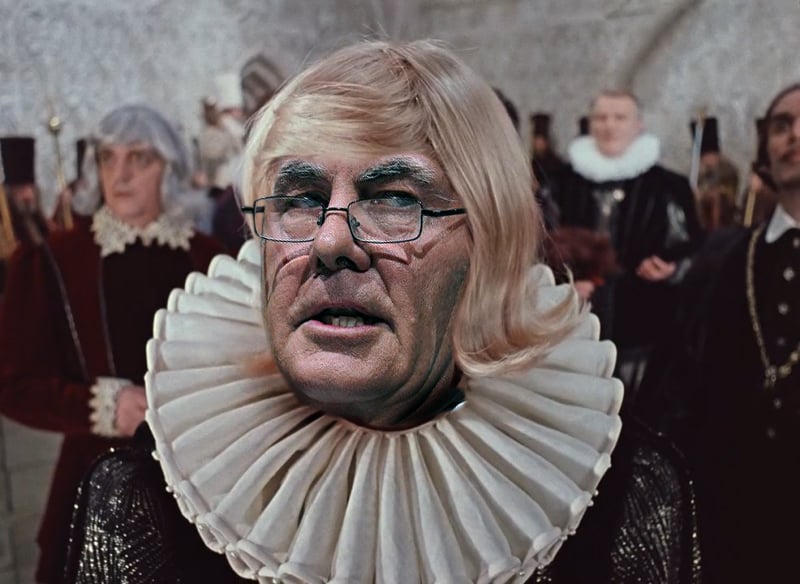 During his visit to Moscow, US Secretary of State Rex Tillerson met with Vladimir Putin and Russian Foreign Minister Sergei Lavrov. Western politicians and media describe both meetings as cold and even ice. President Trump also does not regret the cold paints.

This is not surprising: the parties did not agree on key issues. The lifting of sanctions wasn’t even mentioned, but the sides seriously disagreed on acute Syrian issues.

According to the US Secretary of State, the Syrian President Assad should resign from power. "The result does not provide for the role of Assad in Syria's state administration," Tillerson said. "BBC". Mr. Tillerson admits that Assad’s departure may occur in an “organized way.”

According to Sergey Lavrov, Russia in Syria does not rely on any person: “Neither Assad, nor anyone else. Syrians must sit down and agree. ”

The strongest discrepancy was found in the situation with the use of chemical weapons. Tillerson said that the chemical weapons used the Assad regime, and Lavrov demanded evidence: “We consider it counterproductive in the UN Security Council to adopt a resolution devoted not so much to the investigation, as to legitimization of the charges that are a priori [sounding] of official Damascus. We have other facts, we are not trying to impose them on anyone, we want an objective investigation. ”

Some advantages can be called the attempts of both sides not only to eliminate, but at least “identify” certain “irritants” that prevent the United States and the Russian Federation from establishing relations.

“We must stop the degradation of our relations, we must restore confidence in order to resolve issues that are important to all of us. We agreed to set up a working group to resolve those issues that require an immediate solution to stabilize the situation, ”Tillerson television and radio quoted.

Lavrov, in turn, noted that the special representatives of the Russian Foreign Ministry and the US State Department "without emotions and aggravations, in detail" will determine the irritants that have accumulated in recent years.

Some positive can be seen in the commitment of both parties to the fight against terrorism.

“The negotiations turned out to be thorough, frank, covered the whole range of issues that are crucial for our bilateral relations, for interaction in international affairs,” RIA News" Lavrov’s words at a press conference after meeting with President Putin. “We reaffirmed our common focus on an uncompromising fight against international terrorism,” Lavrov said. “I think that there are enough sensible people in the United States and Russia who can separate the wheat from the chaff, and who can still be guided by the fundamental, non-opportunistic interests of our peoples, our countries and the entire international community,” the minister added. According to him, “history has proved when Moscow and Washington cooperate, and not only our peoples, but the whole world win.”

The well-known topic of “Russian hackers” was also touched upon.

According to Lavrov, no one has ever “shown” the evidence of hacker interference in the US: “I didn’t see who saw them, no one showed us anything, no one said anything, although we repeatedly asked to present the data underlying these unsubstantiated accusations. "

Mentioned in the conversation and the topic of Ukraine. As Lavrov explained, Moscow and Washington are in favor of the full implementation of the Minsk agreements.

On the same day, the head of the US Department of State was received in the Kremlin by the President of Russia. The meeting was held with the participation of Foreign Minister Sergey Lavrov. According to various sources, evening talks lasted about two hours or a little more. “We held talks with US Secretary of State Rex Tillerson, we just had a long, over two hours meeting with Russian President Vladimir Putin. The negotiations turned out to be thorough, frank, covered the whole range of issues that are crucial for our bilateral relations and for interaction in international affairs ", - quotes Newsru.com Russian Foreign Minister. Also at a press conference following the meeting, the Russian minister said: “I am sure that many of the hours that we spent with Rex Tillerson together with the President of the Russian Federation were not wasted. We understand each other better after what we have done together today. I hope these contacts will be continued both directly between us, and through our employees, and through other departments of the US administration and the government of the Russian Federation. ”

In turn, Lavrov stressed that Tillerson "did not threaten sanctions and nothing else", although at the talks and "questions were openly discussed on which there are problems between the United States and Russia."

On the other hand, Mr. Tillerson said at a meeting in the Kremlin that in order to develop bilateral relations between the US and the Russian Federation, the situation in Ukraine should be improved.

Separately, at the meeting of V. V. Putin with the head of the US State Department, the incident in Khan-Sheikhun and the missile attack by Washington on the Syrian airport were discussed.

According to S. Lavrov, Moscow sees Washington’s readiness to support the investigation of reports on the use of chemical weapons in the Syrian province of Idlib: “They drew attention to the letter from the Syrian government to the UN and the Organization for the Prohibition of Chemical Weapons with a proposal, even asking to send a team of inspectors to conduct an impartial objective investigation and on the scene of the incident in the province of Idlib, and at the airport, which was subjected to impact. " “We saw the readiness of our American colleagues to support such an investigation, and we expect that the existing powers of the OPCW will be activated immediately,” the Russian minister said. He emphasized that Moscow is not trying to block anyone in the incident, but insists on an objective investigation. At the same time, the minister acknowledged that there is a discrepancy between the United States and the Russian Federation on this issue: "The possible use of chemical weapons in Syria remains a topic on which the positions of the Russian Federation and the United States diverge."

American estimates of Tillerson’s trip to Moscow are already known.

Donald Trump believes that Rex Tillerson has done “tremendous work” in negotiations both in Russia and before in Italy.

“I want to note the remarkable work done by Secretary of State Rex Tillerson to strengthen the unity of NATO, as well as his visit to Moscow to advance the security interests of the United States and our allies. He did a great job, he just saw a part - it is a great job! "- Trump quotes RIA News".

Agency ReutersSumming up the Moscow meetings of Tillerson, he notes that the cool reception of the Secretary of State in Moscow has canceled out hopes for a speedy improvement in relations between the two states.

For presidents and the United States. and Russia were characterized by "gloomy views on relations between the two countries," the agency’s journalists wrote. The reason for the cooling is clear: Moscow arranged an "ice meeting" for the highest person of American diplomacy. In Washington, President Trump even said that the United States’s relations with Moscow "may be at the lowest level." Actually, President Putin was just as pessimistic. In an interview with Russian television, he said: "The level of trust at the working level, especially at the military level, has not improved, but has significantly deteriorated."

According to Reuters journalists, in Moscow, the US Secretary of State received "unusually hostile." Hopes that during the Trump administration the “confrontational relations” will be smoothed out, evaporated.

Tillerson met with Putin in the Kremlin after a conversation with his Russian counterpart Sergei Lavrov, reminds Reuters, but the Kremlin had previously refused to confirm Putin’s meeting with Tillerson, and this "reflects renewed tensions."

As for Lavrov, he met Tillerson with “ice cues”, condemning the “illegal” rocket attack on Syria and accusing Washington of unpredictable behavior.

One of Lavrov’s subordinates was even less diplomatic, believes Reuters. “In general, primitiveness and rudeness are very characteristic of the current rhetoric emanating from Washington,” said Russian Deputy Minister Sergei Ryabkov to the Russian state agency (meaning RIA ”News").

As for Tillerson, he also noted the low level of trust between the two countries. And this level, in his opinion, is unacceptable: "The two leading nuclear powers of the world cannot have such relations."

Nikolai Zlobin, president of the Center for Global Interests in Washington, described Tillerson’s trip as “not very” understandable.

“Obviously, no common language was found for Syria,” the expert’s opinion cites. "BBC". - I don’t really understand why Tillerson flew to Moscow. Perhaps, as a gesture of goodwill: try to include Russia in the dialogue. ” “The American position was formulated long ago and publicly, and it could be repeated without a trip to Moscow and even more so without meeting with Putin. The reason why Putin accepted Tillerson is a mystery to me - maybe it was also a goodwill gesture, ”Zlobin added.

According to the expert, the possibility of a "breakthrough" is not visible, except that Tillerson brought Putin a "personal message from Trump." Such a message could concern two problems: Syria and the reduction of nuclear weapons. “On nuclear weapons, he has already voiced the position: Russia will not go for a further reduction. And about Syria, the positions were once again voiced today - and they are extremely far from each other, ”the expert explains.

Recall in conclusion that before flying to Moscow, the US Secretary of State put forward an ultimatum to Russia: he urged Moscow to abandon the support of Bashar Assad. The Russian Foreign Ministry on this respondedthat Tillerson's statement is perceived as “muscle play” before negotiations.

As for the substance of the matter, Moscow does not intend to distance itself from the president of Syria. According to the press secretary of the President of the Russian Federation Dmitry Peskov, the current president of Syria is the legitimate leader of the country and the commander-in-chief of the army that fights international terrorists.