April 2 2017
47
Former Prime Minister of Ukraine, leader of the Popular Front party Arseniy Yatsenyuk declared about X 1.5 million dollars over 2016 a year, more than 4 million hryvnias, a collection of paintings and the right to own a trademark, reports RIA News message channel "112 Ukraine". 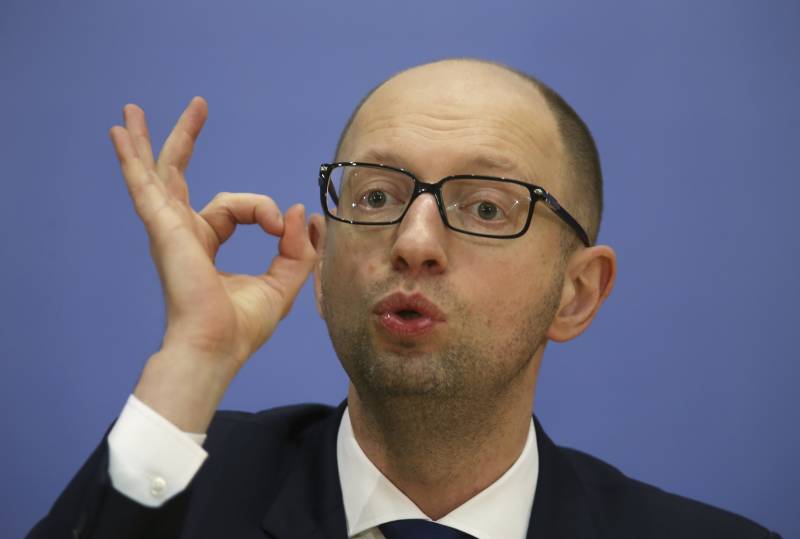 “Arseniy Yatsenyuk filed an electronic declaration for 2016 the year in which he declared more than 1 a million dollars, 4 a million hryvnia in banks, 475 thousand dollars, 300 thousand hryvnia in cash, a collection of paintings, coins, books and rights to the Arseniy trademark.” - told the channel.

The former prime minister also declared a hunting rifle, a clock, a library of old and modern books by various authors, and an antique mantel clock with candlesticks.

In addition, Yatsenyuk owns a Mercedes S car, rents a Toyota Sequoia car, he owns 100 military bonds, a share in the Chernivtsi concrete products and structures plant. He owns the copyright in the book “The Banking Secret of the Orange Revolution” and a number of trademarks and trade names.