March 29 2017
21
For known reasons, the special attention of specialists and the public has recently been received by the Caliber family of missiles. it weaponinstalled on different media has already been repeatedly used in the course of real combat operations and is gradually becoming more widespread. However, armed with the naval fleet Russia also has other missile systems, with which the further development of naval and submarine weapons is directly linked. So, in recent days a few News about the current state of affairs and the future of the Onyx complex.


It should be noted that during the current operation in Syria, Russian troops for the first time used several types of missiles in combat conditions. The most famous, for obvious reasons, received launches of Caliber missiles. In mid-November last year, the Ministry of Defense of Russia published a video of the combat use of the P-800 Onyx missiles from the coastal complex Bastion. The purpose of the launched missiles were the objects of illegal armed groups. This was the first case of the use of Onyx missiles in a real armed conflict. All previous launches of such products were test or training.

The first systems using the Onyx missiles were put into service a decade and a half ago. The process of creating new systems of this kind continues, and has given regular results not so long ago. 16 March edition of the "Red Star" published an interview with the head of the Office of Combat Training Navy Rear Admiral Viktor Kochemazov. Touching on the creation of new types of weapons, the commander spoke about the adoption of some of the complexes. So, in 2016, the naval complexes of the submarines Onyx and Caliber were adopted by the Navy. These systems provide the destruction of both surface and ground targets.

Apparently, the P-800 missile complex, intended for the 885 "Ash" nuclear submarines, was officially put into service. In 2014, the head ship of this type was included in the Northern Fleet. In the foreseeable future, the armed forces will receive several more such submarines. According to published data, submarines "Ash" must destroy surface and ground targets with the help of the Caliber and Onyx missile systems. The 885 project will equip the submarine with eight launchers, each capable of holding four missiles.

In the future, the list of P-800 missile submarines will need to be replenished. According to recent news, in the future it is planned to carry out repairs and modernization of several existing multipurpose nuclear submarines. In addition to restoring the design and repair of individual units, it is proposed to re-equip the boats. It is alleged that Onyx missiles will become the main means of combating targets after such modernization.

About the future modernization of existing submarines 28 March reported the publication "Izvestia". From unnamed sources in the headquarters of the naval forces, Izvestia journalists learned about the planned modernization of the Antey 949 submarines. The decision to repair and re-equip submarines has already been made. Until the end of the current 2017, four of the eight submarines available will be sent for repair. It is planned to entrust the work to the Far Eastern enterprise Zvezda. 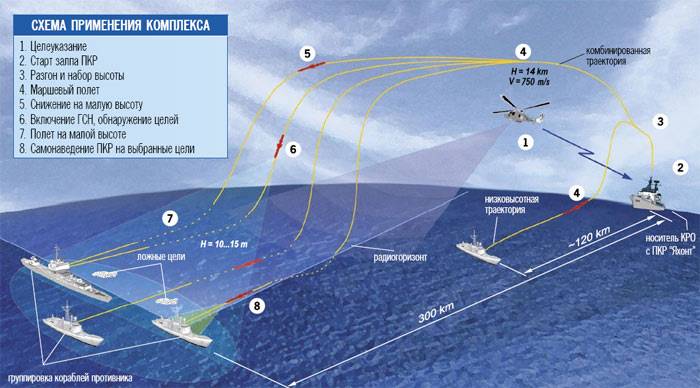 The principle of the rocket complex. Figure NPO Mashinostroeniya / Npomash.ru

In the existing form of "Antei" carry anti-ship missiles P-700 "Granit". In the course of modernization, the existing launchers are supposed to be significantly altered, with the result that the submarines will receive new weapons. It is alleged that three universal launchers for new missiles will be placed in the standard installations for the Granites. This will significantly improve the range of weapons through the use of modern missiles, as well as significantly increase the transported ammunition. After the proposed modernization, the submarine of the 949 project will be able to carry the 72 Onyx missiles instead of the Granites 24 in the base configuration.

The terms and cost of the required work, as well as the procedure for sending existing submarines for modernization have not yet been specified. The press managed to find out only the approximate start time of the repair. It is alleged that the first "Antei" will go to the enterprise "Star" this year. It can be assumed that the upgrade of the eight submarines will take quite a long time and will last at least until the first half of the next decade.

In parallel with the modernization of existing equipment, it is planned to continue the construction of new ships and submarines capable of carrying P-800 missiles. So, already in 2018, the navy will have to receive the multipurpose nuclear submarine Kazan of the 885 project. Over the next few years, the fleet's combat strength will be replenished with several submarine cruisers of the same type carrying similar weapons.

In early March, a selector meeting of the leadership of the Ministry of Defense was held, dedicated to the modernization of the armed forces, the supply of new products, etc. Defense Minister Sergei Shoigu recalled that before 2020, the fleet would have to receive two of the newest frigates of the 22350 project. Such ships are equipped with universal vertical launchers suitable for launching Caliber and Onyx family missiles. To date, the lead ship of the project, the Admiral of the Fleet of the Soviet Union Potters, has already been put to the test. In the foreseeable future, the frigate will be handed over to the customer. 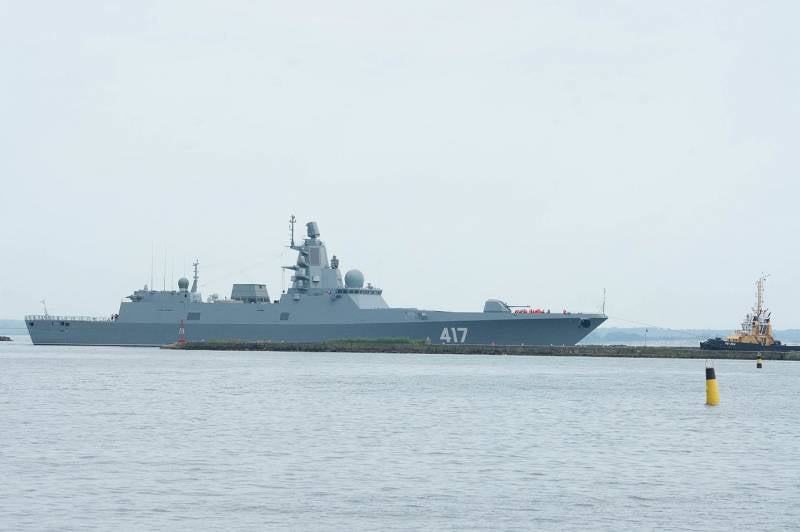 In the autumn of 2015, it became known that by the end of 2018, Sevmash would have to receive 10 universal launchers of the 3C-14-11442М type. These products are supplied as part of the program for the repair and modernization of the heavy nuclear missile cruiser Admiral Nakhimov of the 1144 Orlan project. Having received such equipment, the ship will be able to use anti-ship and other missiles of several types. Among other things, the launchers of the 3C-14 family can be used with Onyx missiles.

As the news that appeared in the last few weeks shows, the P-800 “Onyx” universal anti-ship missiles are currently viewed as one of the main means of development and renewal of the arsenal of the navy. Now such weapons can carry ships and submarines of several projects. These are the small rocket ships of the 1234.7 and 21631 "Buyan-M" projects, as well as the multipurpose submarines of the 885 project. In addition, "sea" missiles can be used as part of the coastal complex "Bastion". Over the next few years, the list of Onyx carriers should be replenished with several new and upgraded ships and submarines.

On the basis of the P-800 Onyx missile, the Yakhont export product was created, which differs from the basic one in some design features and characteristics. Such weapons were supplied to Vietnam, Syria and Indonesia. At the same time, Yakhont missiles were transmitted both for use by ships of the naval forces, and as part of coastal complexes of Russian production. Cooperation in the rocket industry with India led to the emergence of a new BrahMos rocket, which is based on the Russian Onyx / Yakhont. Several types of ships, boats and coastal complexes were already armed with Bramos products. Designed by aviation version of anti-ship missiles.

The development of the P-800 / 3М55 / Onyx rocket was launched in the early eighties of the last century and was entrusted to the NPO Mashinostroeniya. In the middle of the decade, the main design work was completed, after which tests began. In 1987, the first launch of an experimental missile from the launcher of a boat of the 1234.7 project was carried out. After these checks, work on the Onyx theme continued, while the boat was recommended for adoption. Since 1991, ground-based and then flight tests of new-type missiles were conducted. In 1996, the Onyx complex was put into trial operation. The rocket was put into service in September 2002. 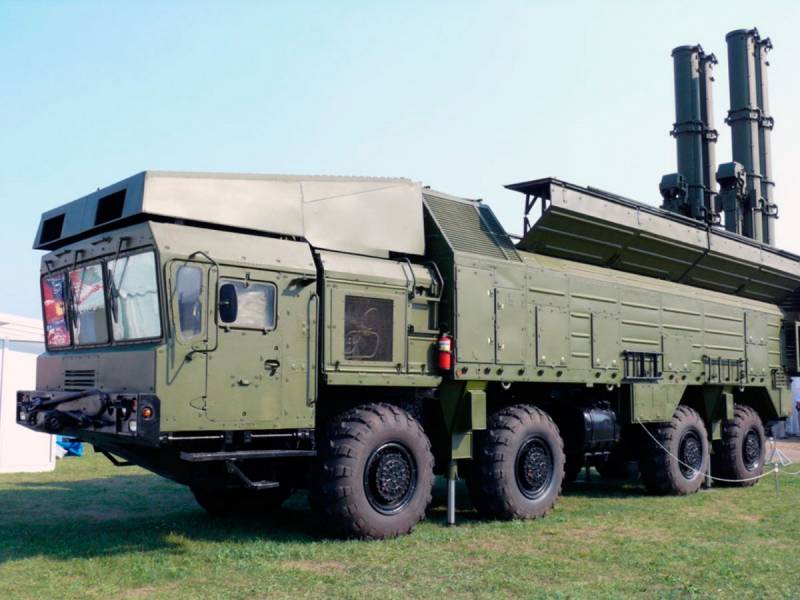 As part of the new project, it was planned to create a universal anti-ship missile suitable for use by surface ships / boats, submarines and combat aircraft. Serial missiles are shipped in transport and launch containers that are compatible with several types of launchers. The container has a length of 8,9 m and a diameter of 720 mm. The total mass of the product with TPK is 3,9 t.

Rocket "Onyx" is built according to the normal aerodynamic configuration and is equipped with two sets of planes in the central and tail parts of the cylindrical body. There is a frontal air intake with a central body, at the start it is covered with a drop-in fairing. The central body of the air intake accommodates the homing equipment, instrument compartment and warhead. The rest of the hull volumes are allocated for the fuel tanks, the air intake duct and the engine.

The Onyx missile is equipped with a radar homing head capable of operating in both active and passive modes. The methods of operation of the GOS depend on the chosen method of attack. The control equipment allows flying at low altitudes or at high altitude with a subsequent decrease. At the same time, automatics is capable of studying the situation and searching for surface targets, as well as “identifying” the ships of the conditional enemy and independently choosing a priority target. During salvo rocket launches are able to distribute targets among themselves. 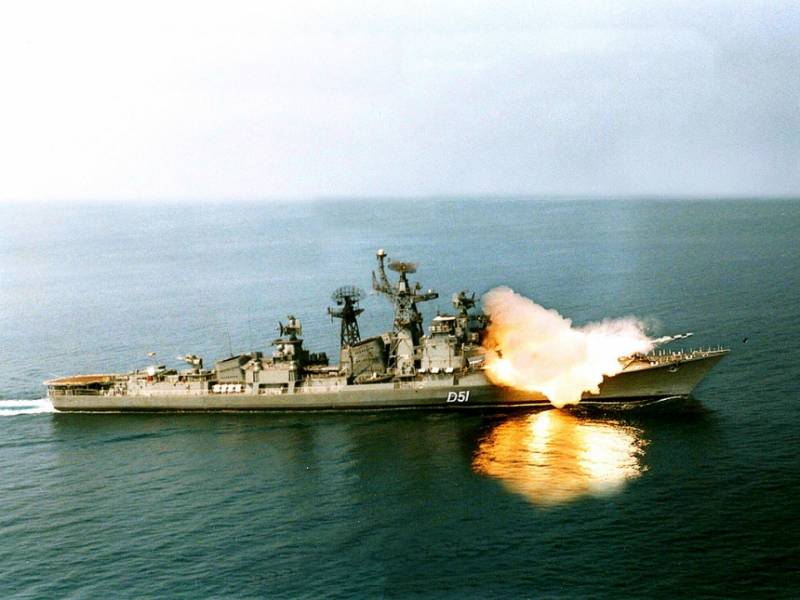 According to open data, during low-altitude flight, the range of the П-800 rocket is 120 km. The use of a mixed profile, in which the rocket passes the first part of the path at an altitude of 14 km, allows you to increase the distance to 300 km. At the same time, there are estimates according to which the real range of the anti-ship missile is much higher. The 300 km indicated in open sources, in turn, refer to the export product “Yakhont”, while the exact characteristics of “Onyx” have not yet been announced. The target is hit with a penetrating warhead weighing up to 250 kg.

To date, the P-800 "Onyx" missiles managed to get a certain distribution in the Navy and its coastal forces. As recent news shows, in the foreseeable future, deliveries of such missiles will continue, and in addition, new carriers will appear in the Navy. It is planned to continue the construction of new surface ships and submarines that can use such weapons. It is also planned to repair a certain amount of existing equipment with re-equipment for the use of "Onyxes". As part of the modernization programs for missile cruisers and multipurpose nuclear submarines, such weapons will replace the Granit system.

Such plans of the military department directly indicate that the operation of the Onyx complex will continue for a long time. Apparently, these missiles are now regarded as one of the main strike weapons of the navy, both surface ships and submarines. Considering the difference in the characteristics of the Onyx product and the Caliber family of missiles, it can be assumed that the two parallel systems used will successfully complement each other when solving various combat missions.

Ctrl Enter
Noticed oshЫbku Highlight text and press. Ctrl + Enter
We are
The project of a mobile coastal missile system "Kalibr-M" / Club-MMissile attack on Europe: myth or reality?
21 comment
Information
Dear reader, to leave comments on the publication, you must to register.