March 24 2017
74
The Kurdish "Syrian Democratic Forces" (SDF) recaptured from the terrorists IG * Euphrates Hydroelectric Power Station in the province of Raqqa. A large group of militants "Jebhat Fath Al-Sham" ** was completely destroyed in the city of Kamkhan in the province of Hama, according to the Federal Agency News (FAN) 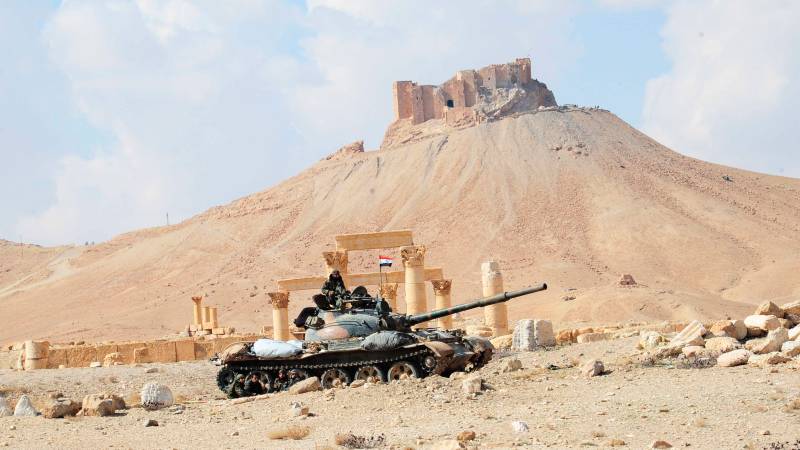 Province of Damascus
Fierce battles continue between the Syrian army on the one hand and the Hayat Tahrir al-Sham coalition formed around the Jebhat Fath al-Sham and its allies Failak al-Sham formations in the industrial zone north of the Jobar quarter, the eastern suburbs of Damascus. ”And“ Ahrar al-Sham ”on the other. Government troops, with the support of the Syrian Air Force and the Russian Air Force, continue to repel attacks by militants, systematically freeing the area. A group of radicals remains surrounded in one of the buildings of the textile mill. This was reported by sources in the media. Fierce clashes also resumed in the area of ​​Hafiz Street in the Barza quarter. .In the area of ​​Ain Tarma in Eastern Ghouta military aviation destroyed several Islamist headquarters. The radicals, in turn, shelled the city of Jaraman and the residential area of ​​Dahiyat al-Assad (Assad suburb). No casualties were reported. In the eastern part of the Al-Kalamon Mountains, fighting continues between the “Free Syrian Army” (SSA) and its allies on the one hand and the “Islamic State” * on the other. SSA militants crowd out terrorists in Al-Kassarat and Al-Muhassa. This was reported by sources in the media.
Aleppo Province
In the eastern part of the province of Aleppo, the Syrian army, during fierce fighting, established control over the village of Rasm al-Falih. IG terrorists * are retreating towards the village of Muskan, which is the last stronghold of the group in the province. By freeing Rasm al-Falih, government forces strengthened their positions in the area of ​​the city of Deir Hafir, which had been abandoned by radicals the day before. According to the Lebanese news portal Al-Masdar News, the forces of Bashar al-Assad will occupy the city surrounded by them by the end of the week, after the detachments of Syrian and Russian sappers finish their work. In the border area near the town of Afrin in the northern part of the province, meanwhile, clashes erupted between the "Syrian Democratic Forces" (SDF) and Turkish troops. Recall that four days ago, units of the Russian army arrived in the region of Afrin, which function as peacekeepers between Ankara and the Kurds.
In Ar-Rashidin quarter, the western suburb of Aleppo, in the meantime, fighting continues between the Syrian army and illegal armed groups. According to activists, the militants rocket launched a system of volley fire of government troops with a rocket attack.
Province of Homes
In the northern part of the province of Homs, government forces continue their campaign against the Jabhat Fath ash-Sham * group. Syrian air forces attacked targets of Islamists near the village of Deir Full. The artillery of the forces of Bashar Assad, meanwhile, bombarded the accumulations of radicals in the vicinity of the city of Tell Beas and on the Al-Howl Plateau. This was announced by the information portal Damascus Now.
Deir Ez-Zor Province
In the captured "Islamic state" city of Al-Bu Kamal in the south-east of the province of Deir ez-Zor were found the bodies of five terrorists with signs of torture. This was announced by the Lebanese television channel Al-Manar. Experts fear that this incident may lead to a new round of repression by radicals against the civilian population.
Idlib Province
The Syrian Air Force, together with the Russian Aerospace Forces, continue the campaign against illegal armed groups in the province of Idlib. Helicopters of government troops dropped several barrel bombs on Islamist positions near the village of Al-Bashiriya in the area of ​​the city of Jisr al-Shugur in the west of the region. At the same time, the Syrian army bombarded the accumulations of radicals in the area of ​​Ash-Shar. In the southern part of the province, military aircraft attacked militant targets in the area of ​​the villages of Hish and Al-Hubeit.
Rakka Province
"Democratic forces of Syria" with the support of the Air Force of the international coalition continue the campaign against the IS on the territory of the province of Rakka. Kurdish troops stormed the city of At-Tabka in the west of the region and the Euphrates Hydroelectric Power Plant located in its vicinity. The Reuters news agency reported, citing an official representative of the SDF, that the fighters of the Democratic Forces during the fierce battles with terrorists took the dam. The media controlled by the militants, in turn, argue that the hydropower station is under their control, and the landing of the joint SDF assault and coalition ended in failure. 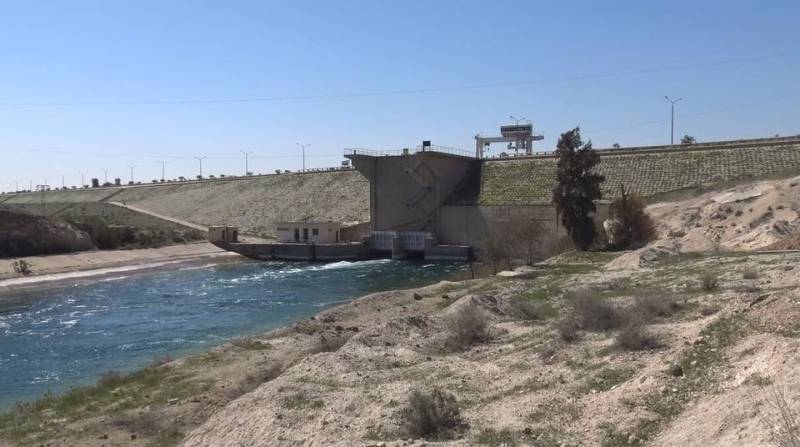 It should be noted that the Euphrates Hydroelectric Power Station is one of the key facilities in the province. A few months ago, trying to slow down the progress of the SDF, IG militants opened several locks on the dam in order to flood the surrounding areas. The UN, in turn, warned all parties to the conflict against such actions and any steps that could damage the facility, the destruction of which threatens the entire region with an environmental and humanitarian catastrophe.
In the eastern part of the province, the Democratic Forces also continue to move towards Rakka. Kurdish sources report that the settlements of Abu Harir, Al-Musherif, Karin, Al-Muhamiya, Al-Hasaniyah, Musherif Al-Shahnat and Farisat Abu Ismail were freed from the terrorists within 24 hours. Militants, in turn, are trying to stop the SDF offensive. Local sources report that the radicals are forcing residents of Al-Mansur in the western part of the province to erect sand defenses along the Aleppo-Raqqah highway. According to the Lebanese information portal Al-Masdar News, the group’s command also transferred additional forces from Dar'a and Al-Suweida provinces to Rakka, which allowed the militants of the local armed forces to launch an offensive on the Al-Lajat plateau.
Province of Hama
In the northern and northwestern parts of the Hama province, full-scale hostilities continue between the Syrian army on the one hand and the Jebhat Fath al-Sham group and its allies on the other. Fierce fighting continues in the area of ​​the settlements of Brij and Al-Magir, where the militants of Ahrar al-Sham and its allies opened a new front several hours ago against government forces. According to La Syrian News, Bashar al-Assad’s forces destroyed three tank two BMP radicals in the area of ​​the Tell Osman military base and Al-Bana village. An unpleasant surprise awaited the Jebhat Fath Al-Sham militants in the strategically important city of Kamkhan. As a result of fierce battles, the radicals managed to enter the village, but they were immediately surrounded and were under massive fire by the Syrian army. A large group of Islamists was completely destroyed, government troops regained control of the city. The militants continue to shell the Kamkhan.
Al-Quneitra Province
Government forces shelled illegal armed groups in the vicinity of the Al Hamidiyah settlement in the central part of Al Quneitra province. This is reported by local activists.