February 10 2012
78
An unnamed insider from South Korea reported that the F-35A fighter, released by Lockheed Martin, an American company, and announced to the South Korean Air Force tender to purchase sixty multi-purpose fighters totaling $ 7,2 billion, most likely, not yet corresponds to the declared characteristics. 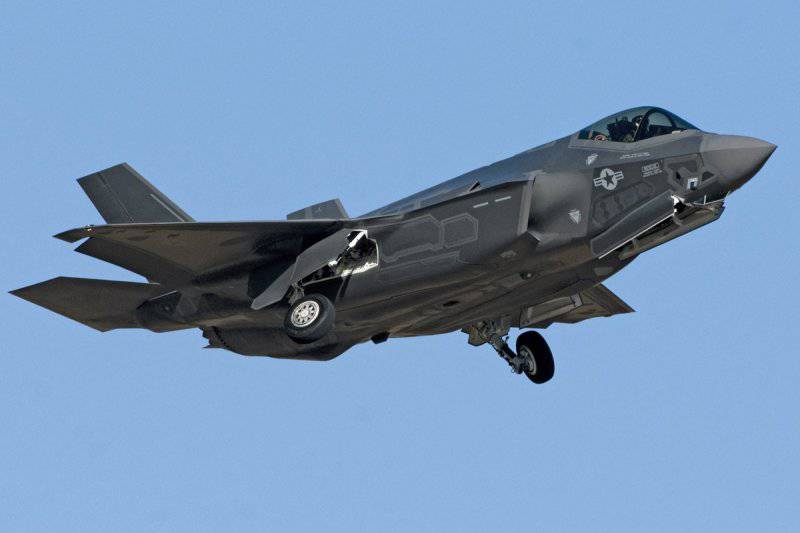 The insider noted that the South Korean military in a competitive request clearly indicated two main requirements for the fighter: for hanging arms, the aircraft must be equipped with external pylons; fighter must demonstrate maximum speed in 1913 km / h. Tests of airplanes submitted to the tender (F-35A; F-15 "Silent Eagle" from Boeing; "Typhoon" from the European EADS consortium) should start from June to September 2012. The winner of the competition will begin deliveries of aircraft with 2016 year.

And another insider pointed out the same lack of American aircraft. The F-35A fighter, he noted, should be equipped with 6 underwing pylons for attacking guided missiles, but it is doubtful that this requirement could be met by the planned start of deliveries. The representative of Lockheed Martin said that the pylons can be installed, as required by the South Korean Air Force, but added that he does not understand why this is necessary: ​​after all, the fighter was created using Stealth technology and is intended to deliver hidden blows at the enemy. External suspension weapons, about which there is a speech, will increase the radar visibility of the fighter.

A spokesman said: “The plane has internal weapons bays. When hanging on F-35 weapons on external hangers, the fighter will lose its Stealth capabilities. This is not normal! ”The representative also said:“ However, if you insist on external hangers, such a requirement will be easily realized: there are all possibilities for this. ”

However, representatives of the Air Force of South Korea reported that the reason for “doubtfulness”, besides “inconspicuousness”, lies in the fact that the USAF - for financial reasons - do not want to fundamentally change the F-35. After all, it is clear that the plane with the added external suspension will have to go through an additional stage of flight tests with different aerodynamics.

And not only Koreans doubt the F-35 fighter. The other day this fighter was called the “wrong plane” in Australia.

The Joint Committee on Foreign Affairs, Arms and Trade of Australia held a special meeting. His goal was to assess the need to purchase F-35 Lightning II fighter jets, destined for the Australian Air Force.

The Canberra Times reports that representatives of RepSim, a manufacturer of simulators, and analytical agency Air Power Australia, spoke at the meeting. Experts said that the States and Australia are now developing the "wrong plane", and should not buy it.

As the speakers said, the F-35 creation project is a failure. Developed aircraft does not meet the stated specifications. And the main mistake of American experts, Australian experts considered the intention to develop a fighter-type 3: normal take-off, shortened take-off and vertical landing, and deck-based F-35. Representatives of RepSim and Air Power Australia also stated that before the completion of the program on the F-35 far, and the fighter already faced many difficulties.

During its report, RepSim presented the results of the air combat between the 240 F-35 and 240 Su-35s, simulated off the coast of Fr. Taiwan in 2018. According to calculations, only thirty F-35 survived in air combat. Combat simulations were also carried out between the Su-35С and 240 F-22 Raptor and then between the Su-35С and F / A-18E / F Super Hornet. In the first simulation, one hundred and thirty-nine F-22 survived, and in the second, all Super Hornet were shot down.

The Australian government has been revising the F-35 procurement program since November 2011. As part of this revision, it is planned to analyze a fighter development project based on test data and design difficulties. Expected to explore the parameters of the price. Based on the revision, it may be decided to postpone the purchase. Earlier, Australia announced its intention to acquire 100 aircraft F-35, but now decided to buy only fourteen. The contract is likely to be signed this year.
Military Reviewin Yandex News
Military Reviewin Yandex Zen
78 comments
Ad