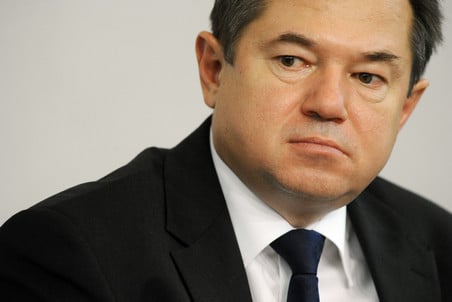 Academician of the Russian Academy of Sciences Sergei Glazyev believes that Russia cannot continue to go with the flow in conditions when two geo-economic centers - the United States and China - are waging a fierce struggle for global leadership.


“Our economic policy is passive. Not having our own strategy, we give up the initiative to develop our economic space to foreigners. They dominate the financial market and manipulate it, dominate the market of machinery and equipment, consumer durable goods, ”says Glazyev.

The interests of foreign investors are subject to monetary policy. According to him, the issue of rubles is conducted mainly for the purchase of foreign currency.

This means that the evolution of our economy is directed by external forces that are interested in consuming Russian natural resources and marketing their goods, Glazyev notes.

“The initiative in our financial and economic orientation is still owned by“ Western partners ”- the United States and the European Union. But as a result of the sanctions they introduced, the initiative gradually passes to the Chinese comrades, ”said Glazyev.

At the same time, the Russian ruling elite takes a wait-and-see attitude: “The comprador oligarchy expects the abolition of Western sanctions, and manufacturing enterprises are trying to get through to Chinese financing and the market.”

With theses about what to do in this situation, Glazyev spoke at a seminar of the Izborsk club. He elaborated and commented on his report theses for Gazety.Ru.

According to Glazyev, in the next decade, seven scenarios of changes in Russia's geo-economic position in the world are possible as a result of the current shift in technological and world economic structures.

This is the most positive and, unfortunately, the least likely scenario associated with the cessation of American aggression, the US joining the strategic partnership of Russia and China.

This implies the abolition of anti-Russian sanctions and the “joint responsibility of the great powers for the preservation of peace in the process of global structural changes”.

According to Glazyev, the arrival of US President Trump to the summit of heads of state participating in the Economic Belt of the Great Silk Road initiative in Beijing this May may be a criterion for the realism of this option. This is the most comfortable for Russia, but unstable option, it is fraught with the fact that with the passive position of Russia, events can move into the rut of the next, most negative scenario.

This scenario can be realized if the American leadership, instead of the current confrontational line, returns to the previous policy of engaging the PRC in economic symbiosis with the United States — the so-called “chimerica” (Chimerica — from China + America).

If we assume that highly influential pro-American forces take the upper hand in China, Russia may find itself in complete isolation, losing both foreign exchange reserves and foreign markets. If the current economic policy is maintained, this will entail a significant drop in the standard of living and will create a threat to Eurasian integration.

“This turn of events will be accompanied by an increase in American aggression and the transfer of the hybrid war they are leading to the territory of the EAEU with a view to dividing it into spheres of influence between the old and new centers of the world economy (that is, between the US and China),” Glazyev said.

The essence of this scenario is that “the research and production, military-technical, natural-resource and intellectual-spiritual potential still existing in Russia” will allow the country to survive and even develop on the basis of the formation of a mobilization version of the economy.

“However, the current economic management system is fundamentally incapable of doing this. This will require new personnel both in government and in business, ”warns Glazyev.

Prerequisites for such a scenario - the US is trying to maintain global dominance by unleashing a hybrid war for control of its economic periphery, the key element of which the American ruling elite considers Russia. The United States subordinates the Russian economy to its influence through control over monetary policy and the financial market; the rise of the Chinese economy is gradually encompassing adjacent regions and industries of neighboring countries.

This is how Glazyev represents the realization of this scenario: in the conditions of increasing socio-economic difficulties in Russia, the dominance of pro-American forces in domestic politics is restored. In order to lift the sanctions, concessions are being made to pressure from the West. This provokes a sharp increase in American aggression, including the organization of a "color revolution" and the establishment of a puppet regime, as it was in 1991 and 1993.

With his hands, nuclear disarmament and the final disintegration of the post-Soviet space is carried out. The Russian economy is being privatized by US-European transnational companies, and Central Asia is becoming a dominant zone of China.

Glazyev notes that the change of administration in the United States has given rise to hopes for an end to anti-Russian aggression. “First of all, the Russian ruling elite hopes for the abolition of economic sanctions. Apparently, certain changes in relation to Russia in Washington will occur. In any case, the value of subjective factors associated with personal accounts of people who left the political scene will decrease in relation to the Russian leadership and Ukraine, ”Glazyev said, adding that it is hardly possible to write off the objective factors of American aggressiveness.

There is the opposite scenario for the geo-economic vector of colonization.

If Russia does not move to the strategic planning of economic development based on its own sources of credit, then the real content of the "strategic partnership with the PRC" will be to subordinate the evolution of the Russian economy to the growth interests of China, Glazyev said.

In this case, thanks to the Chinese financing, which engineers and designers dream of, joint programs of pairing the EAEU and the new Silk Road doctrine are being implemented.

“Massive Chinese investments are directed to the development of the Russian fuel and energy, agro-industrial and transport complexes, which are shifted to the needs of the Chinese market. The MIC is being developed in accordance with the objectives of external protection in the interests of the Collective Security Treaty Organization (CSTO) and the Shanghai Cooperation Organization (SCO). The remnants of the potential of the civilian high-tech industry are being mastered by joint Chinese-Russian enterprises. Russia maintains political sovereignty and equal military-political partnership with the PRC, ”predicts Glazyev.

Now China is winning economic competition with the United States, but to successfully counter American aggression, the Chinese economy needs a Russian raw material and energy base, not to mention a military-industrial complex.

And in this scenario, the Russian economy "becomes the Chinese periphery."

A set of disparate enclaves

Glazyev also considers the status quo scenario. In this case, the economy of Russia and the entire Eurasian Union "will hardly withstand the test of breaking the opposing pressure from the United States and China, between the old and the new centers of the global economy."

In the end, the Russian economy, in this scenario, will become a set of weakly interconnected enclaves serving different segments of the world market.

This will create prerequisites for destabilization of the political situation and the transition to the “American colonization” option.

Finally, Glazyev is considering the most desirable scenario for Russia, supported by impressions of a recent trip to Beijing. In this case, Russia will have to strain in order to move to a strategy of advanced development through the forced creation of new technological and production institutions of the new world economy. This is a scenario for the successful implementation of the initiative to create the Great Eurasian Partnership put forward by President Putin. Based on the EAEU and the SCO member countries.

In this case, Russia and the EEU could claim to fully participate in the new center of the world economic system, that is, to keep up with China. Currently, the EEU accounts for all 3,5% of world GDP and 2,8% of international trade.

It is possible to compensate for the relatively small weight of the EAEU in the world economy only within the framework of the external contour of Eurasian integration, building preferential trade and economic cooperation with the rapidly growing countries of Eurasia - China, India, the countries of Indochina, the Middle East, Glazyev is sure.

The first agreement on the creation of such a regime in the format of a free trade zone (FTA) has already been concluded with Vietnam. There is a study of agreements on the FTA of the Eurasian Union with Egypt, India and Israel. Other potential partners, according to Glazyev, are South Korea, Iran, Syria, Indonesia.

The implementation of the initiative of the heads of Russia and China to link two transcontinental integration initiatives - the EAEU and the Silk Road - opens up opportunities for sustainable economic development of Eurasia. These initiatives can be organically combined, complementing and multiplying the integration effect of each of them.

In this scenario, predicts Glazyev, the growth rate of the Russian economy reaches maximum values ​​- up to 10% annual GDP growth and 20% investment growth.

In this case, the creation of a “broad anti-war coalition led by Russia, China and India” will also be required.

This scenario implies "a significant renewal of the Russian ruling elite." And the “early introduction of the institutions of the world economic structure that have proved their effectiveness in China”.

In this regard, the academician proposes to implement 12 recommendations for the creation in Russia of a modern economic development management system. But this is a separate topic for publication.

Ctrl Enter
Noticed oshЫbku Highlight text and press. Ctrl + Enter
We are
Way out of chaos"Simplicity is worse than theft"
Military Reviewin Yandex News
Military Reviewin Google News
50 comments
Information
Dear reader, to leave comments on the publication, you must to register.