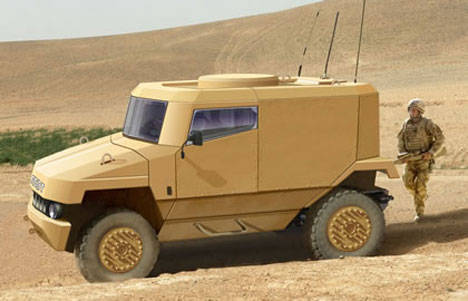 With this machine, Supacat hopes to win a UK Department of Defense tender worth £ 200 million to meet the urgent operational needs for light-protected sentinel vehicles (LPPV), which should replace Land Rover’s Snatch. After its completion, the car was handed over to the Ministry of Defense in order to take part in the tests, the results of which will be announced the winner. As expected, this will be done soon.

The release of the seventh sample indicates that Supacat pays great attention to the rapid development of SPV400. Work on the program began in December 2009. The first fabricated sample was tested by an explosion in December 2009 of the year, the 2 and 3 machines were delivered to the MoD for evaluation in January of the 2010 year, and subsequently their tests were continued in April. The 4, 5 and 6 samples were tested in May, June and July, respectively. At the same time, the 2 sample works in round-the-clock trials in close to real conditions, and the 1 first sample was subjected to static loads on a shaker table from 4 directions. After that, the 7 model was made, which has the most modern configuration, which includes all the improvements and upgrades, as a result of which it already takes into account the results of all previous tests. As a result, this machine is close to the serial sample. 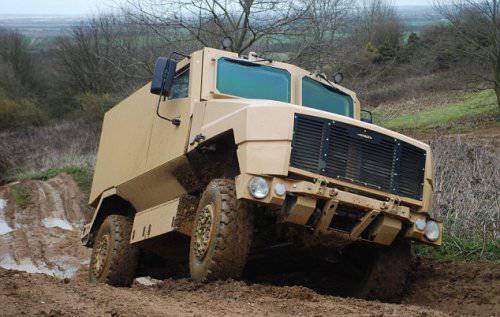 “We are very proud of the progress we have made throughout the development of the program. Supacat has a reputation as a flexible company with the ability to provide quality solutions in extremely short terms, our development SPV400 demonstrated that this reputation is true. The design of SPV400 is currently the most advanced, and this latest sample is already demonstrating high performance and reliability during testing, "said Nick Ames, managing director of Supacat Ltd. "The Supacat / NP Aerospace team believes it offers the best, e and the British solution SPV400. His choice as LPPV will strengthen innovation in the UK and provide places for basic engineering staff and workers, create jobs from 1000 to 1200 UK. SPV400 will raise British export potential and will be successful in a huge international market, it must succeed in a tender for LPPV. "

The purpose of the development is to protect British troops from the threat of improvised explosive devices in Afghanistan, as well as to ensure the ability to perform patrol missions in areas inaccessible to heavy vehicles. Supacat SPV400 offers an unprecedented level of mobility and protection. This combination opens up new prospects for the use of military technology as a patrol vehicle class 7,5 tons. The ability to transport the crew in 6 people (2 + 4), combined in SPV400 with a comprehensive system of protection of the crew - from the explosion and ballistic, including composite armor and V-shaped bottom. On a desert plain, a car can reach speeds of up to 120 km / h, which is comparable to another Supacat, the lightweight Jackal.