The National Interest: how Russia or China will be able to crush the American F-35 and F-22

February 28 2017
166
The appearance of the so-called. Stealth technology at the time allowed developed countries to gain a certain advantage over the enemy in various fields. However, superiority in this area did not last too long. The appearance of a call in the face of subtle technology led to the beginning of work on the creation of promising means of countering it. The problem of detecting stealth aircraft or other military equipment is currently of interest to both their manufacturers and operators, as well as other countries that are at risk of being attacked using such machines.


20 February, The National Interest, in The Buzz, published a new article written by Dave Majumdar entitled “Stealth-Killer: F-35 or F-22 Raptor” (“Killer“ stealth ”: like Russia or China will be able to crush the American F-35 and F-22 ”). As is clear from the title, the subject of the article was the problem of combating modern aircraft built using stealth technology. The topic of detecting such a technique was considered in more detail. It should be noted that for the first time this material was published about a year ago. In connection with the heightened interest of readers in the subject, the editors of the American edition found it necessary to post it again.

D. Majumdar begins his article with an obvious thesis: the large size of the missile warhead reduces the required accuracy of hitting the target. As an example in favor of such a theory, he cites a rocket of the obsolete Soviet complex C-75 (NATO code SA-2 Guideline). Such a missile carried a high-explosive fragmentation warhead weighing 440 pounds (200 kg) capable of hitting a target up to 100 feet (30 m). Using Mike Pietruci's theory, the American author suggests that when using radar pulses of 20 microseconds duration, the moment of undermining of the warhead must be determined with an accuracy of up to 150 feet in range (45 m). 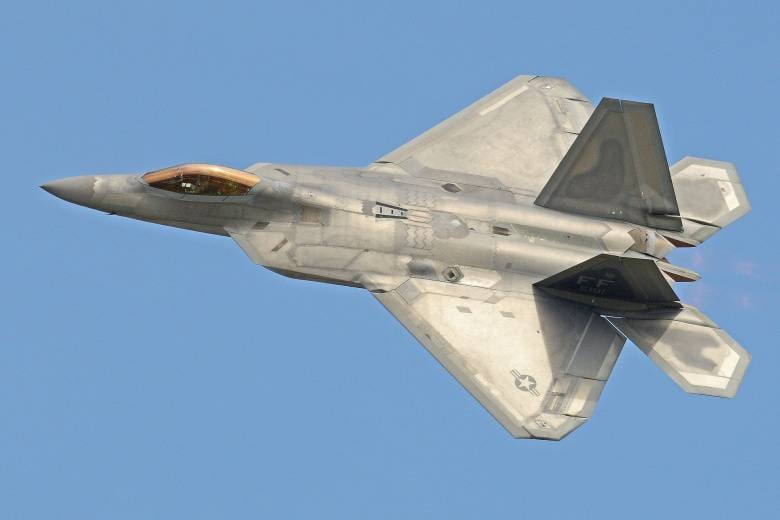 The azimuth and altitude accuracy should be determined with a resolution of up to 20 angular minutes on nautical miles 30. It is required to remember that ground-based radars are the only means of controlling and pointing a missile. D. Majumdar notes that a rocket with C-75 characteristics and having its own target sensor, for example, an infrared one, capable of scanning space around 1 cubic km, will be particularly dangerous for aircraft, including the newest F-22 and F- 35.

The author recalls that the Pentagon has already managed to spend on the development of the newest fifth-generation fighters Lockheed Martin F-22 Raptor and F-35 Lightning II, differing in low visibility for various means of detection, about 10 billions of dollars. However, relatively simple means can be used to effectively deal with such machines. To obtain such results, it is necessary to improve the means of signal processing from the radar complexes. In addition, you need to equip the rocket with a heavy warhead and its own guidance systems. Radar facilities using low-frequency signals can be an additional tool for solving existing problems.

It is known that the American command and defense industry are aware of the main features of low-frequency radar stations. Systems operating in the ultrashort or decimeter wavelengths are capable of detecting and tracking inconspicuous aircraft. At the same time, there is a characteristic problem: such radio equipment cannot fully solve the tasks of guidance weapons. This does not allow to use all the available potential in air defense, however, there are some “loopholes”.

The use of guided weapons with low-frequency radars is limited by two main factors. The first is the radar beam width. The second is the duration of the impulse. These restrictions may have the greatest impact on the operation of systems, however, with the correct processing of radio signals, both factors are leveled.

The width of the beam is directly dependent on the size of the radar antenna. The use of low-frequency waves, in turn, causes designers to increase the size of the antennas. D. Majumdar recalls some of the early Soviet VHF locators. Thus, the Lena П-14 system had a large parabolic antenna of enormous size. The newer Terek П-18 complex received the Yagi-Uda antenna or “wave channel”, which made it possible to reduce the size and weight to a certain extent. Both of these stations had noticeable limitations in determining the direction to the target and the distance to it. In addition, the beam with a width of several degrees in azimuth and tens of degrees in elevation did not allow to determine the height of the air target.

Another characteristic problem of UHF and UHF stations is related to the duration of the emitted pulse. The long duration of the pulse does not allow increasing its repetition frequency, which, in turn, impairs the ability to accurately determine the coordinates of the target. A former officer of the United States Air Force, Mike Pietrucha, previously engaged in radio-electronic systems, describes this situation as follows. An 20 microsecond pulse has a length of about 19600 feet (5974 m). The station resolution turns out to be two less than this distance. Thus, a radar with such a long pulse is not able to determine the coordinates of the target with an accuracy of more than 10000 feet. In addition, the opportunity to distinguish two different objects at a short distance from each other is lost.

The problem of accurate determination of the distance to the target was solved in the seventies with the help of appropriate data processing algorithms. The key to its solution was frequency modulation, which allowed the pulse to be compressed. With these methods, a pulse of 20 microseconds duration is only 180 feet long (less than 55 m). There are other methods of pulse compression, such as phase shift keying. According to M. Pietruch, such technologies have been known to the military and industry for several decades. Back in the eighties of the last century, American officers dealing with electronic warfare problems, carefully studied such problems. He also noted that to solve the existing problems a computer with an extremely small, by modern standards, performance is required.

The problem of determining the direction to the target was successfully solved by designers using phased antenna arrays. The presence of an array of individual emitters or receivers made it possible to abandon traditional parabolic mirrors. In addition, reminds D. Majumdar, phased arrays have certain advantages over traditional designs. HEADLIGHT can control the direction of its rays, which is why it does not need mechanical drives for scanning in different planes. In addition, the beam is controlled exclusively by means of electronics, making it possible to form a multitude of rays with the required parameters. The radar can control beam width, sweep speed and other characteristics.

The computing power needed to solve such problems was available to the military and industry as early as the late seventies. One of the most notable results of this was the equipping of Ticonderoga-type missile cruisers and Arleigh Burke class destroyers with the Aegis combat information control system, which includes high-performance radar with PAR. Further development of technologies led to the emergence of active phased antenna arrays, differing from their predecessors by enhanced characteristics, first of all, by greater accuracy in determining the coordinates of the detected object.

The author of The National Interest reminds that the large size and the corresponding power of an anti-aircraft missile warhead allow to a certain extent to compensate for the accuracy of the guidance. In confirmation, he again gives an example of the Soviet-designed C-75 anti-aircraft complex. Having a 200-kg high-explosive fragmentation warhead, the missile of this complex represents a great danger to various aircraft. With the use of modern radar systems, which emit a pulse of 20 microseconds in duration and allow obtaining a range resolution of up to 150 feet, such a rocket can in time receive a command to explode the warhead and effectively hit the target.

The azimuth and elevation resolution for obtaining the required characteristics should be at the 20 'level with a range of 30 nautical miles (55,56 km). However, this applies only to the C-75 missile, which uses third-party tools for guidance - ground tracking radar and a radio command system. An alternative to this would be to equip an anti-aircraft missile with its own target detection means and a non-contact fuse. With the possibility of tracking a large space around a rocket - again reminds D. Majumdar - can pose a threat even to modern F-22 or F-35 fighters.

From the moment of the appearance of preliminary developments on the topic of so-called stealth technologies that reduce the likelihood of detecting strike aircraft or solve other problems of this kind, scientists and designers began to look for ways to counter them. Timely detection of flying aviation allows you to take action and, at a minimum, reduce damage from a blow. The existence of several production aircraft with reduced visibility and the development of new such models make the creation of countermeasures a priority.

As Dave Majumdar writes, a few decades ago, the leading countries had some groundwork that made it possible in one way or another to level the advantages of low-profile aircraft. The progress of recent years, in turn, gives new opportunities in this matter. As a consequence, the creation of radar systems capable of detecting stealth aircraft has long been no longer a task that has no solution in principle. At the same time, the development of such stations can hardly be considered a fairly simple matter.

D. Majumdar and M. Pietrucha, examining the theoretical aspects of the struggle with unobtrusive aircraft, show the need for an integrated approach to this issue. In order to effectively accomplish the objectives, it is necessary to take measures aimed at the timely detection of the target, as well as to modify the means of destruction accordingly. The ideal system for dealing with stealth aircraft in this case is the anti-aircraft complex, which has a modern, advanced surveillance radar with the necessary signal processing algorithms, as well as missiles with powerful warheads.

The article "The National Interest", for obvious reasons, covers only the theoretical issues of the struggle with unobtrusive aircraft, the article "Stealth-Killer: How Russia or China Could Crush America's F-35 or F-22 Raptor". Nevertheless, it contains very interesting thoughts and facts that shed light on the actual problem. In addition, it shows that, to date, stealth technology has ceased to be a universal means of countering air defense, guaranteeing the implementation of combat missions. Ways of dealing with them have already been found, and perhaps even brought to practical use. The traditional "race of sword and shield" continues.