A series of terrorist attacks in Homs

February 25 2017
16
As reported RIA News, at least six suicide bombers blew themselves up near military facilities in the Syrian city of Homs, including two security facilities. There is information about the dead (over 35 people) and dozens of wounded. Among the victims is the head of the military security department for the province of Homs, General Hasan Daabul. 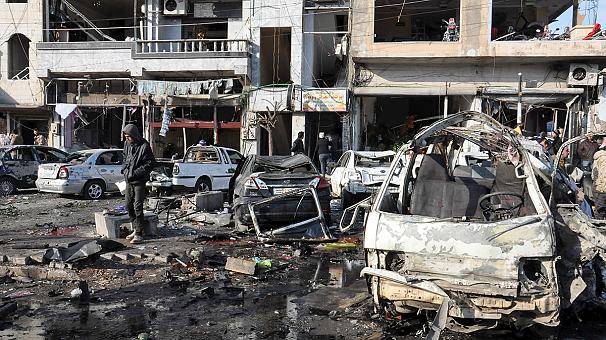 From what is known so far, two suicide bombers blew themselves up in the city of Homs. One is near the building of the state security department, the second is near the military intelligence department.
- said the source of the news agency.

Homs was taken under control Syrian army in December 2015. The pre-war population of the city was estimated at almost 1 million inhabitants, for more than four years it was under the control of various groups, including the terrorists "Dzhebhat al-Nusra" (banned in the Russian Federation).
Ctrl Enter
Noticed oshЫbku Highlight text and press. Ctrl + Enter
Military Reviewin Yandex News
Military Reviewin Yandex Zen
16 comments
Ad