Two words about the Day of Defender of the Fatherland 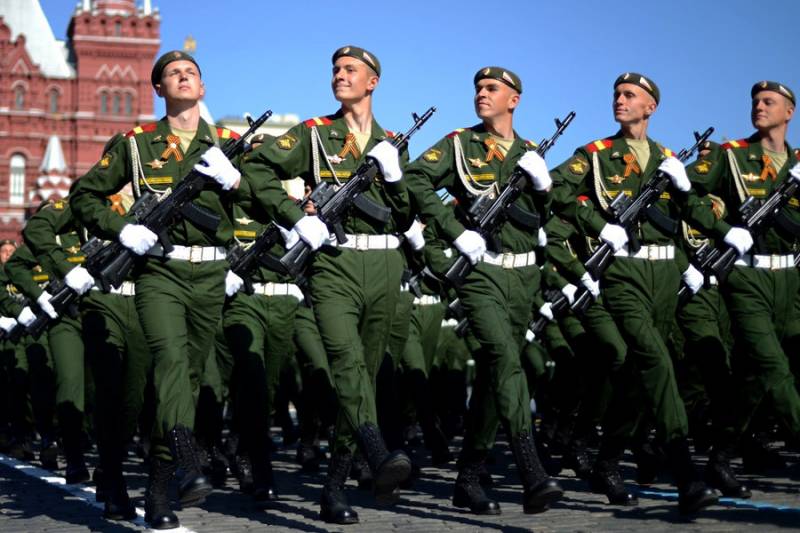 There will be pleasant "get-togethers" with former colleagues. Traditional to all troops toasts. There will be memories and laughter. There will be "jokes" and "jokes". The holiday is not only official. Holiday home.

Due to circumstances, we all come from time to time to the graves of soldiers and officers. This usually happens on professional holidays. The benefit of such days is many. Border guards, sailors, paratroopers, gunners, tankers ... And over the years you begin to notice how these graves are “younger”.

And with age, you understand how much that lieutenant colonel who died in 34 did not see in life. Or this lieutenant in his 24 ... Even the major in 41 did not see much. And that smiling sergeant over there in Panama with a clearly clumsily painted “Red Star” on his chest in general seems not to have lived in his 21 ... Soldiers and officers at military cemeteries.

But I do not want to say this today. Memory and respect for the victims of our people were always inherent. Even in our worst years storieswhen they tried to deprive us of this memory, the graves, and the vast majority, remained untouched.

"Trogal" and turned the facts. Approximately the same as we hear today about the Donbass or Syria. "For what the guys are dying!", "Russian citizens are dying for the ambitions of political leaders ...", "let's negotiate with the murderers, because ..."

Today I remembered how in the life of a large number of our readers this holiday was changing. It’s no secret that there are a lot of us, those who have been living on this earth for a long time.

Remember the childhood, dear veterans. Day of the Soviet Army and Navy Fleet. Frontline soldiers with military awards in the streets. Accordions. Dances. We snotty boys looked at these 50 (plus or minus 5) year old men and women with wide eyes. And they waited. They were waiting for when they would trust us to wear the uniform of the Soviet army.


Those who, due to various circumstances, did not serve in the army, understood everything perfectly. This is not their holiday. How to win. The holiday is universal, but the main persons on it were and always will be those with orders and medals on their chests. Those who personally happened to "break the backbone of German fascism."

And then something happened. We began to teach that this day is no longer just a celebration of the army and all those who wear shoulder straps. February 23 began to turn into an analogue of the women's holiday 8 March. Belonging to the male sex somehow automatically ranked you as a “protector”. Even if you saw the machine only on the screens of cinemas. The man...

There was even a special term: “potential defender”. Very pleasant for those who were not going to approach the army on a cannon shot. Especially among young people. Not served, but with the testicles, then - the potential. I am not going to serve, but to celebrate ... And until recently, it was the “potential” that were most eagerly celebrated.

I understand that at that time the country was faced with the task of training more officers. Khrushchev did his dirty work. Chopped off the roots of the army. That is why a lot of “reserve officers” appeared who, except at the military department in their own high school, did not see military equipment and weapons in their eyes (if they saw it at all), and perceived the soldier as something like a nightmarish monster. A sort of "beast" that exists only to harm the young "stock officer."

And somehow imperceptibly, at least for me, the Day of the Soviet Army ceased to be a military holiday. A sort of day when women distribute gifts to men at work. All without exception. In the hope that they will not be forgotten in a couple of weeks on March 8. And the main role was now played not by the military. The main role was played by just men.

What happened then? And then suddenly it turned out that "those who served are morons ...". So there was not enough money for a bribe or the mind to go to college. "Two years, deleted from life ..." Well, and other nonsense, which most of the readers remember. The parents of the soldiers at meetings did not speak proudly - "Yes, it serves somewhere on Sakhalin ...". They said - "They took the army into ..." And the army itself then began to turn into a kind of zone. In some parts, even the "laws" were almost the same.

Not really changed the situation and Afghanistan. Those who returned from there looked on television with surprise that they did not fight there, but were engaged in some form of charity. They built orphanages, if memory serves, “Rodnichok” in Russian, built roads. "Friendship Bridge" ... And the parents of draftees throughout the country ran in search of an "approach" to the military commissar, so that the boy would not be sent there. Hence the famous "I did not send you there ..."

And the restructuring? Recall the orders of the commanders of the prohibition to wear military uniforms outside the service. Remember the officers in the vegetable bases. In the freight yards of railway stations. Remember yourself. I do not dream of these long Manchu cucumbers, but I can not look at them calmly if I see. Who served at the beginning of 90-x in the Far East Military District, probably will understand and grin understandingly.

We often talk about the national idea. We often talk about the fate of Russia in general. We resent the speeches of our liberals on television talk shows. But all this is from there. From what I have described above. A country that, from 1000 years of its existence, was forced to 700 years to defend, fight, die, drive out the enemy from their native land, can not exist without a Defender. Just can not!

Today, and this is very noticeable, Russia has returned to an understanding of the role of a serviceman. Therefore, the competition in military schools will soon become the same as in Soviet times. Therefore, the military games are carried out. Parks are building.

We have changed. The memory has returned to us.

More precisely, the memory was always, just changed the concept and system of perception as a whole. We are no longer those that 20 years ago. Not suddenly, of course, but remembered that we are the descendants and parents of the winners. The descendants of those who beat the fascists and relatives of those who destroyed the beasts in human form in Chechnya and Dagestan. Closed Abkhazia and South Ossetia. Slaughter Georgians, finally lost the coast. Shield Donbass. Embody the hope of today for a peaceful tomorrow in Syria.

And all this is the Defenders.

The idea that our politicians and ideologues never see is what it is! Not a businessman is the main character of our life. Not a fat wallet solves all problems. You can only buy someone who is for sale. And the country is not protected for money. The country is protected by the call of the heart. The main in the country, the “backbone” of the state is a man of service. Defender. No matter where he is serving. In a war or a fire in a nearby neighborhood, at a police station or in an ambulance, near your home or in another country. Man protects Russia!

And the graves, about which I wrote at the beginning, are nothing but a call to our mind. Here we are! We, who for your life gave their. We, who by our unborn children, gave you the opportunity to become a father, mother, uncle, aunt, grandfather, grandmother. We are ours, on which Russia stood and will stand. We are the foundation.

I recently watched a performance updated after the tragedy of the Alexandrov ensemble. First concert. I looked, frankly, with alarm. Will they fail? Not let down! Good concert, great professionals. Some people left, others came. But the ensemble remained! Similarly, Russia. People leave, but the Defenders remain. Is always! Just the faces change and the names.