Akhmetov began to bend. Unfortunately, together with the Donbas

February 21 2017
36
Actually, not even news, and a natural result: Enakievsky metallurgical plant in the DPR and PJSC "Krasnodonugol" in the LPR stop production. The reason is the railway blockade of Donbass. 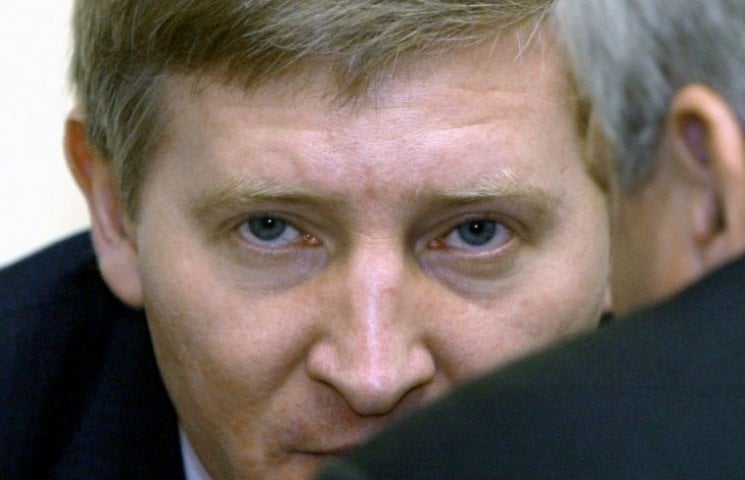 The plants are part of the Metinvest group, which belongs to Rinat Akhmetov.

The official website of Metinvest stated that "The reason for the shutdown was ongoing military operations and the blockade of railway communication between Ukraine and non-controlled territory in the south-east of the country."

We understand that military actions have nothing to do with it. But the disassembled railway line on the stretch Yasinovataya - Cattle is the root cause. The radicals, who have dismantled a considerable part of the ways, made it impossible both to import raw materials and to export finished products.

Also, Metinvest stated that "Metinvest does not intend to cut staff at EMZ (including the Makeevka division) and Krasnodonugl. In addition, employees of these enterprises will be sent to idle time with the salary 2 / 3."

Let's take a close look at everything that happens where they block the movement of trains, and then a little further away, to Kiev, Donetsk and Lugansk.

It is worth starting with how this blockade actually began.

December 2016 of the year. With the idea of ​​a blockade, Likholit from Aydar and Shevchenko from the Donbass sonder command almost crawl out at the same time. There are threats of a complete and total blockade if the authorities of the republics do not exchange 58 POWs of the Ukrainian Armed Forces for their fighters who are held captive by the Ukrainian side.

According to the data at that time, 228 people were registered as prisoners in Ukraine from the territory of the LDNR. It is already no secret to anyone that the main part was made up of residents of the front line, simply captured mainly by sondroika teams like the same “Aydar”.

At the very end of December, on the occasion of the new year, the landing force from the Verkhovna Rada suddenly joined those who wanted to blockade. Very famous ober executioners Semen Semenchenko, Yegor Sobolev, Vladimir Parasyuk and Taras Shepherd. And in the fading bonfire they splashed gas.

And about the exchange of prisoners of war since then, not a word or a half-word. Forgot.

25 January, the protesters blocked the railway between the stations Svetlanov and Shipilovo that in the Luhansk region. Naturally, the case received due publicity, and the state pretended to intervene.

The police opened a criminal case, patrols were sent to the site of the blockade. The patrols, however, were dispersed by the organizers, there was information that some policemen were thoroughly beaten. And there was a blissful silence, which lasted until February 10, when ATO veterans blocked the railway at the Yasinovataya - Konstantinovka section.

In general, this long-announced blockade is a dark matter. Otherwise, where in the LC and the DNI are so many Ukrainian goods in stores? Alcohol again. Caravans and trains regularly went in both directions. Donbass - consumer goods, back - of course, coal.

It is clear that everyone had a good idea on this: the border guards, military patrols and all services around and around.

But smuggling was, as it were, recognized at the official level. SBU even issued special passes for transportation. And the government didn’t seem to be in the know.

In fact, very much in the know, and, at the highest level.

It is proved by the simplest arithmetic. Everyone remembers the scandals associated with the "missing" ship with coal from South Africa? Which is gone, but did not come? Here you have tsiferki:

According to the contract, coal in South Africa bought as much as 3 000 hryvnia per ton. Expensive, but what to do? Under this business, all tariffs were raised, so as not to work at a loss. So, the coal has not come. But the stations did not stop, and in general about this ship soon everyone quickly forgot how it was not.

Here! Was there a dry cargo ship at all?

Plus, and profit from utility tariffs. Modest and tasteful.

As a result, a strange situation: Groisman and Nasalik shout in their voices that everything is bad, there is no alternative to Donbass coal, but nevertheless, the ATO veterans, led by their commanders who have torn off their backs from the radar chairs, continue their work.

Where is the police asked? And, received in the face, no longer want. Where is the national guard, the APU? What is this, the state, it turns out, is powerless in front of a crowd of rabid atoshnikov?

In fact, everyone is happy with everything.

1. Coal will still have to take somewhere. Though on papers, at least again from South Africa to drag. In the stoves, too, something must burn, and the Carpathian forests at all is not enough. So, the next state program, with the allocation of additional funds, then you can steal again. Especially if somewhere break through the blockade.

2. As we have said, Akhmetov is the next on the way of Poroshenko to the throne of the ruler of all of Ukraine. The more factories will be stopped, the more reasons to take care of the citizens of Ukraine who have been left without work, which means one more step towards possible nationalization, grabbing, and pressing. The correct option to emphasize.

3. A blow to the Donbass in terms of LC and DNI. Very effective. The more Akhmetov enterprises stop there, the more difficult the question of survival will be. The money that Akhmetov pays to workers in the territories of the republics is an important part. And nowhere from this yet get to.

Plotnitsky can talk about the nationalization of the Akhmetov plants as much as necessary, but until the republic is recognized by the world community with all the ensuing consequences, this is nothing more than populism.

Even if following the example of Putin, who is deciding on the sale of gas, Carpenter will supply the factories and sell finished products, I am sure that he will not sell a single ton of anything. Sad but true. For the whole world, this is still Ukrainian coal and Ukrainian steel.

So, as Donetsk and Lugansk enterprises paid all the mandatory taxes and fees to Kiev, including the ATO tax, so they will pay. But, as practice shows, even this does not save.

Poroshenko is now trying at all costs to attract the attention of the world community to themselves. To sell everyone if not a war, with which he does not really succeed, then at least an energy catastrophe on a national scale.

Also an option, as they say. And if even under the guise it will be possible to grab a few enterprises from Akhmetov - and in general a chocolate business.

In fact, not a bit of patriotism in all these rotations are absent. Elementary redistribution of spheres of influence and the game of nerves among the oligarchs. I think everyone understands that if the gang that was carrying out the blockade had no patrons in the high offices, it would have ended without starting.