"Leopard 2PL": an old new tank for the poor 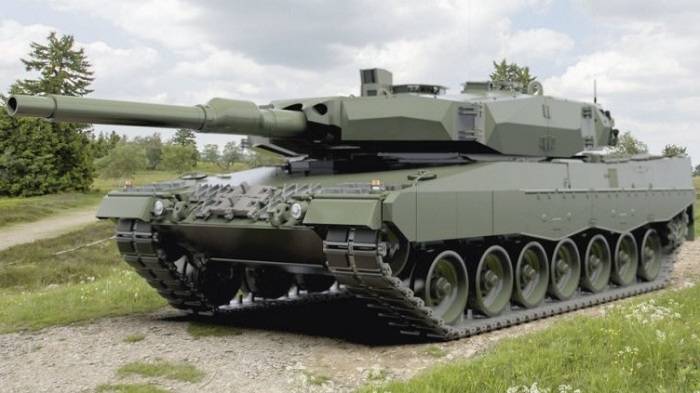 
The German main battle tank "Leopard", along with the Soviet-Russian T-72 and the American MBT "Abrams" is the most widely modernized machine in the field of tank design. At the same time, Western manufacturers are not going to change the vector of development of this technology, developing all new modifications, while Russia has created a completely new modular platform with the flagship T-14, which, according to many experts, is out of competition in terms of TTX.

Thus, German and American engineers faced a rather difficult task - to quickly develop a competitor to the Russian "Armate". To date, the United States and Germany have already submitted development programs for their future tankscapable of competing with the T-14. This is “Leopard” in the A8 variant, which was presented by revolutionary MBTs, and M1A2 “Abrams” in the next modification of SEP V4.

Remarkably, both countries had at their disposal fairly recent updates - Leopard А7 + and Abrams SEP V3, first presented at the same time as Armata T-14. However, the developers, having failed to implement the new modifications, plunged into the arms race in the field of tank building.

At the same time, the Germans were working in parallel on a program to modernize the most massive of the Leopards, the Leopard 2А4 tank. Total order was made 2500 tanks of this version, not counting the Swiss licensed copy of Pz 87. After 2000, Germany began to actively sell tanks to the Allied states, and today these combat vehicles are in service with 18 countries. 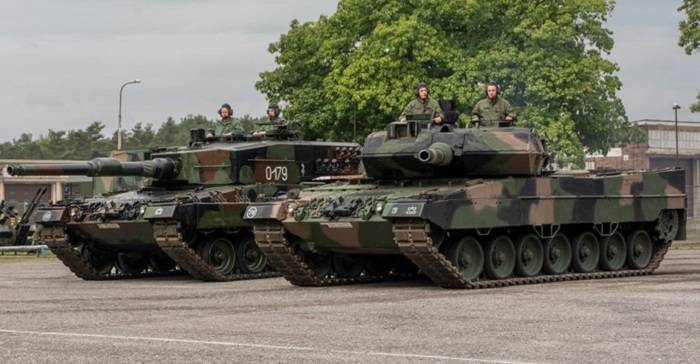 Tanks Leopard 2A4 (left) and Leopard 2A5 (right) Polish forces

Yesterday at the international exhibition of weapons "IDEX 2017" German company "Rheinmetall" demonstrated the tank "Leopard 2", upgraded to version PL. The modernization program is initially focused on the Polish army, which is armed with 128 "Leopards" 2А4. In 2015, the Polish Defense Ministry signed a contract for the modernization of these machines.

It is understood that the modernized Polish tanks “Leopard 2 PL” will seriously add to the firepower and in their capabilities almost reach the level of 2А6. In the list of improvements listed:

- hydraulic mechanisms for stabilizing the guns and turret drives are replaced by electric ones - this improved the work of the mechanisms and increased the space inside the machine;

- cameras are installed to improve visibility for the driver and a new surveillance system for the crew;

- modernized gun L44, which allows him to use new, more powerful projectiles;

—A auxiliary power unit is installed.

Yes, “Leopard” will again put on weight and reach 60-ti, which is quite a lot to overcome the “old” obstacles and maneuver. In addition, the Polish version, unlike 2А6, will be content with the same supposedly upgraded smooth-bore gun, which will fire with new, more advanced projectiles. In principle, this is the whole increase in firepower.

By and large, for those countries that believe that the basic booking of “Leopard 2A4” may be insufficient (and they burn like candles when they hit almost any ATGM), upgrading from “Leopard” to the version of 2 PL may be a good solution.

The solution for those countries who a priori do not pursue "progress" in tank building, for those countries whose defense budget is happy to fork out for a mediocre modification of outdated weapons, without even thinking about the qualitative saturation of the army. A good marketing program from Rheinmetall: as they say, demand creates supply. Most likely, the proceeds will go to that very “revolutionary MBT” or at least to the serial production of А7 +, since at the moment the Germans simply have nothing to oppose to the main competitor - Russia and its “Armata”.