Intellectual shells for Russian armored vehicles will be adopted next year

February 20 2017
33
Intellectual ammunition for the latest Russian armored vehicles, including military vehicles "Armata" and "Kurganets", will be adopted in 2018 year, reports RIA News a message from the general director of the Techmash concern Sergey Rusakov. 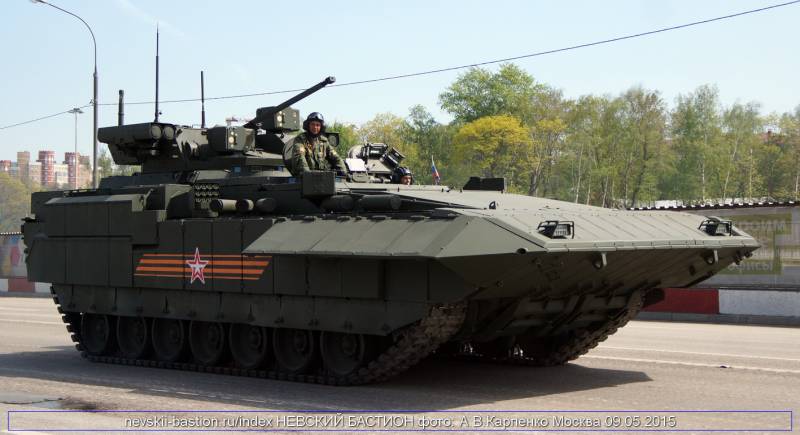 At the time of the Concern "Tehmash", on the basis of NPO "Pribor" JSC, preparatory work on the integration of the complex "intellectual ammunition" into the appropriate combat modules of armored combat vehicles for the purpose of conducting state tests. Arming these munitions is possible no earlier than 2018,
told Rusakov.

Earlier it was reported that the developer of the shells concern "Tehmash" began preliminary testing of "new artillery ammunition with an intelligent system of remote blasting." In particular, it was said about prospective ammunition for X-NUMX-mm AU-57 “Baikal” combat modules, which will be installed on the Armata T-220, the Boomerang, and the Kurganets-15 BMP.