Lightning F-A-18G radio interference: a tactic that should not be underestimated 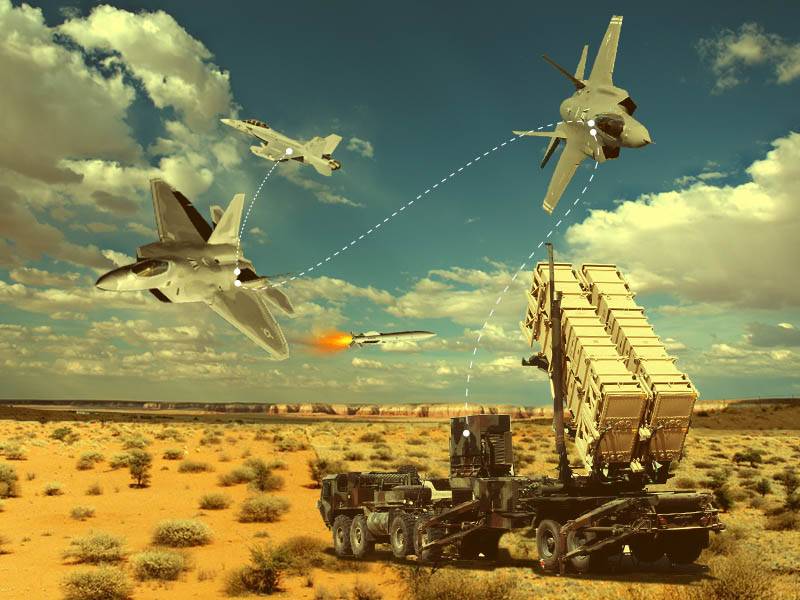 During the first large-scale military exercises of the United States Air Force Red Flag 2017-17, launched on January 01 at the Nellis air base (Nevada), for the first time in 23, numerous tactical models of operations to gain air superiority and suppress air defense of a conditional enemy were tested. in which the promising multi-purpose X-NUMX fighters of the F-5A generation, the F-A-35G Growler electronic warfare aircraft participated, as well as the multi-purpose fighters of the F-18C family, traditionally playing the role of “aggressor”. F-16A Raptor promising low-profile fighter jets were used as support fighters for the F-35A.

According to the blogger David Sensioti for February 3, F-35A, in service with the 388 and 419 fighter wings deployed on Avb Hill (Utah), were able to achieve an outstanding victory ratio (The Aviationist, 15: 1) over the Falcons in aerial combat. Sensioti also focused on the high degree of technical readiness of F-35A in comparison with F-16: 92% versus 80%, respectively. Of course, the opponents for the F-35A and F-22A, obviously, were chosen such that not a single 5 generation machine was conditionally intercepted by the enemy. Apparently, F-16C equipped with outdated radar radars with AN / APG-68 (V) 9 airplanes were used as the "aggressor", while conditional weapons were presented with software simulating AIM-120C-5 / 7 missiles. “Lightning” and “Raptors”, on the contrary, worked with virtual AIM-120D (C-8), having a greater range on 25-30%, and their radars with AN / APG-81 and AN / APG-81 AFAR could boast in 2 - 3 times greater range, excellent noise immunity and the possibility of imposing on the "aggressor" directed radio-electronic interference.

At the same time, the author of the post Sensioti expresses a stupid bewilderment regarding the auxiliary role of the F-22A "Raptor" in these air battles. Nevertheless, this role is extremely clear for any more or less knowledgeable amateur aircraft and modern military technology. It lies in the fact that the conventional AMRAAMs from the F-35A are made in a passive mode with the on-board radar turned off and the emitting radio stations and radio-electronic countermeasures are deactivated. This is done to hide its own location from the station warning about the exposure of F-16C fighter jets. In this case, the Lightnings approached the goal undetected, using their small EPR in 0,2 m2. The role of the F-22A was to target for the AIM-120D launched by Lightning from a distance of 150-200 km. Most likely, the Raptors followed the F-35A at ​​a distance of 40-50 km with LPI-enabled radar, and, finding F-16- “aggressors” at a distance of about 190 km, issued target designation on board the “encrypted” F -35A, which were never detected by the weak F-16C radars. AIM-120D long-range air combat guided missiles have hardware and software capabilities for obtaining target designation from both carrier aircraft and third-party RTR / DER devices, including other fighters and airborne early warning aircraft. For the exchange of tactical information and target positioning coordinates between F-22A and F-35A / B / C, a specialized directional high-security radio channel MADL is used (pseudo-random frequency tuning is used for protection).

It was with the help of this simple tactic, including the use of F-22A, that the victory ratio 15: 1 in favor of F-35A was achieved. Without the help of Raptors, it would be approximately 3: 1 or 5: 1. The situation would be even worse for the F-35A if the modern-day F-16C, equipped with the AN / APG-83 SABR radar, were involved in the role of the “aggressor”. In many cases, it would have come to melee, where the F-35A would never beat the more agile opponent - F-16C. And now imagine the long-range air combat F-35A with our Su-35С, equipped with the most powerful stories fighter radar with PFAR H035 "Irbis-E". In this case, the F-35A would have enormous problems even with the “remote” support from the F-22A, since Irbis detects Lightning (0,2 м2) from about 160 - 180 km. Even the use of directional REBs by AN / APG-81 would not bring tangible results, except that the RVV-SD / DB rocket would be launched at the source of interference. The Americans, as usual, were able to make a good price for their F-35A, using the above tactics at the Red Flag exercises, and choosing the usual F-16C as a conditional opponent.

But during these exercises, another important task was also worked out: the conditional suppression of the enemy’s air defenses with the subsequent launching of a missile / air strike on the defended object. In this case, the F-35A and F-22A were also used, but promising EW and F-A-18G “Growler” air defense planes were used as support vehicles. These machines made powerful noise and barrage to multifunctional radar ground-based air defense systems of the enemy. Thus, the stealth fighters found themselves in a thick “shroud” of interference from the AN / ALQ-99 station of the F / A-18G aircraft, which made it possible to approach the radar of the enemy by a close distance in 3-4. The so-called tactic of “electronic cover” was used. As the ground-based MRLS of the enemy, the shooting range and target guidance radar of the Patriot PAC-2 - AN / MPQ-53 was used.

This tactic can today be considered a very serious challenge for the ground and air components of our airborne systems, because most of the surveillance and multi-function radars of our air defense systems, aviation Bars and Irbis radar radios are represented by passive phased arrays, the problem of which is the lack of the possibility of formation of “dips” in the radiation pattern of the main lobe towards the EW source. This indicates a serious technological “gap”, which can be closed only with the transition of most combat units to promising radars with an active phased array antenna. As you can see, almost all of the US military aviation is moving at a very high pace from the SHCHAR to the AFAR, and this causes real concern.