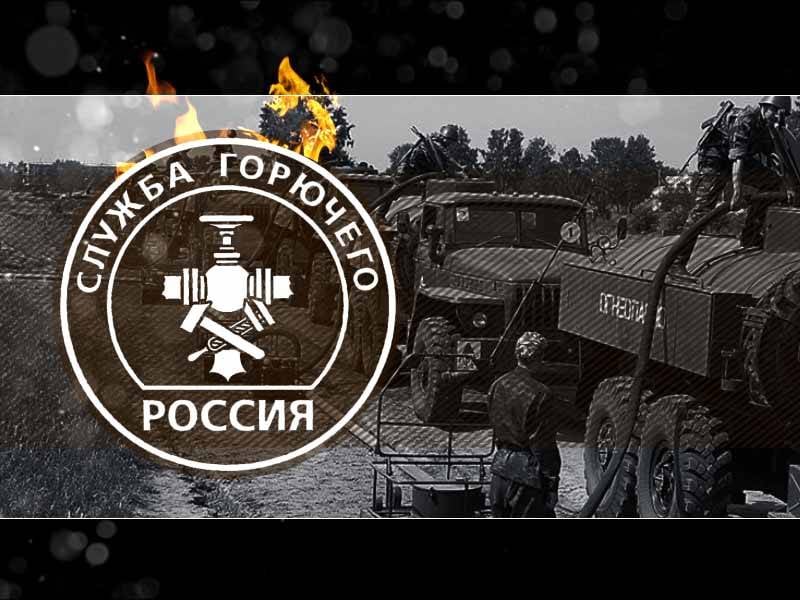 February 17 Fuel Service Day of the Armed Forces of the Russian Federation.

The fuel service of the Armed Forces of the Russian Federation is one of the youngest services of the Rear. It performs one of the important tasks in ensuring the combat readiness of the Russian Armed Forces — it supplies the troops with fuel and lubricants and rocket fuel, ensuring the operation of military equipment and armaments both in parks and in training maneuvers and in real combat operations.

The structure of the Fuel Service consists of and constantly operates: special centers for providing troops with fuel and technical equipment; repair companies and services; numerous parts of pipeline troops; SRI; specialized laboratories and transport units. 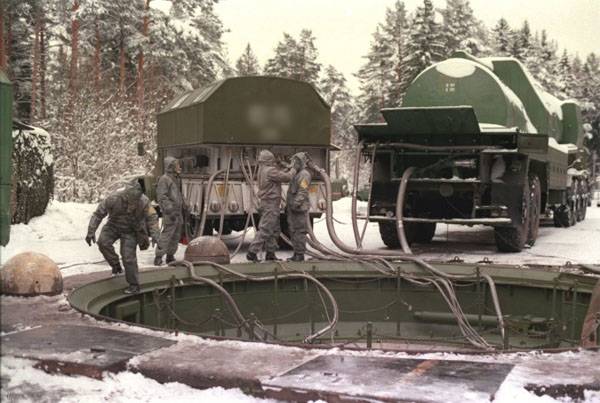 History The fuel service began 81 a year ago, when, according to the Order of the People's Commissar of Defense of the USSR No. 024 from 17.02.1936, the Department for Fuel Supply was established.

The first head of the Fuel Supply Department was Nikolay Nikolayevich Movchin. Even before the official creation of the Fuel Service, he became one of the initiators of the formation of the fuel supply structure of the Workers 'and Peasants' Red Army (RKKA).

Mass equipment of the Red Army and the Navy fleet new models of military equipment increased the need for fuels and lubricants.

In 1937, work on the construction of fuel depots was successfully organized and a whole network of military and district warehouses was formed as part of the army.

During the Great Patriotic War, timely delivery of fuel often decided the outcome of hostilities, which in turn formed a unified picture of the defeat of Hitler’s army. The combat capability of the Soviet troops depended directly on how quickly their fuel supply would be organized. The servicemen who were part of the fuel service division often performed real feats by transporting fuel for military equipment directly to the front line.

During the defense of Leningrad, when the only way to the city lay through Lake Ladoga, officers and soldiers of the Fuel Service, having shown courage and heroism, working for bombing days, laid the 27-kilometer pipeline across the lake.

In total, during the blockade, over the Ladoga pipeline was pumped over 47 thousand tons of various types of fuel, which allowed to meet the needs of the troops and the civilian population, to survive the difficult years of the blockade.

Repeatedly, the employees of the Fuel Service had to carry out their activities in “hot spots”. For the provision of fuel and lubricants of the Soviet troops in Afghanistan for a long time field field pipelines were used. The transfer of fuel through the pipeline was carried out around the clock, and this despite the fact that it was one of the primary objectives for the so-called. "Mujahideen" (Dushmans). The fuel line was constantly undermined, swept, punched with picks. Specialists of the Fuel Service constantly had to eliminate the consequences of accidents and sabotage. 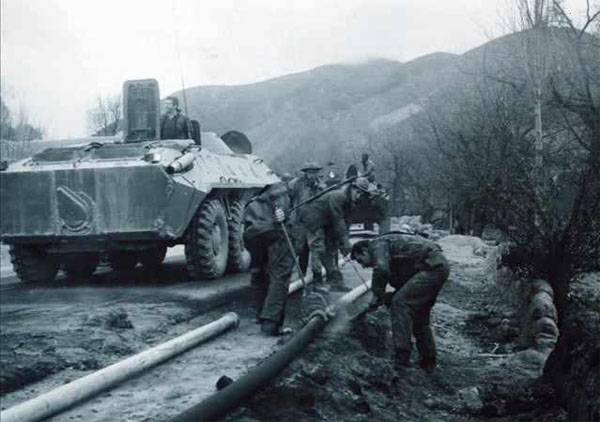 In total, more than 6 thousands of Fuel Service representatives took part in the hostilities in Afghan territory.

In this context, one cannot ignore the page of history devoted to the Chechen campaigns. While providing troops with fuel in an armed conflict on the territory of Chechnya, military vehicles had to be fueled under the threat of militant fire attack. Therefore, it was necessary to improve the organization and speed of the Service, as well as strengthen the disguise. Despite numerous problems with the provision of the necessary forces and means, the servicemen of the Service fulfilled all the basic tasks assigned to them.

The fuel service once again showed its professionalism and high readiness to perform tasks while providing water for extinguishing 1972 fires of the year, while eliminating the consequences of the Chernobyl accident in 1986, while ensuring the supply of drinking water to the cities of Armenia destroyed by a terrible earthquake.

In 2010, the formation, formation and development of the Fuel Service began as a unified logistics system (MTO). In order to improve technical readiness and improve the material base in 2015, the refueling stations were upgraded and the fuel service technical equipment was purchased for 316 million rubles. 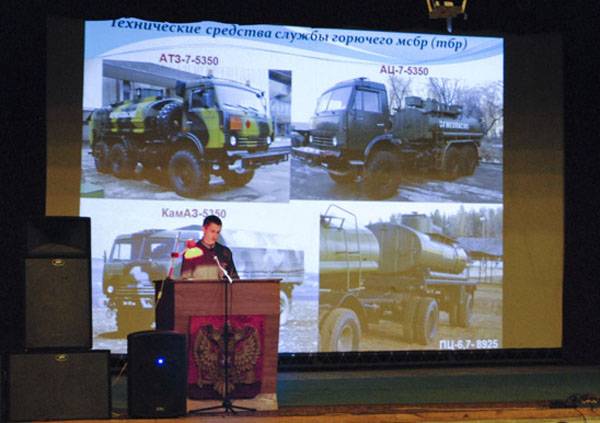 The Ministry of Defense, together with Russian fuel companies, commissioned 8 fueling complexes, the construction of another 4 is being completed, and in 2017, 11 of modern TZK will be built more than three years ahead of the main defense department.

Sergei Shoigu noted that the ministry has already received billion rubles from the oil companies 12. The total investment in all 23 filling stations will be at least 18 billion.

Today, the Fuel Service solves the tasks of storing and transporting fuel by land, sea and air. Specialists of the Special Forces of the Armed Forces of the Russian Federation carry out refueling operations, servicing hundreds of warehouses, automated fuel delivery points, filling stations, bases of various subordination and are constantly on full alert.