February 16 2017
39
According to "Messenger of Mordovia", in Syria, the T-62M, turned out in the country thanks to Russian supplies, again successfully showed itself during the fighting.


According to the Russian expert on the Syrian crisis, Yuri Lyamin, the report of the Syrian satellite TV channel Al-Ihbariya, which captured T-62M with a damaged undercarriage, was made in central Syria, in the eastern part of Homs province, in the area of ​​the battles between T4 and Palmyra. 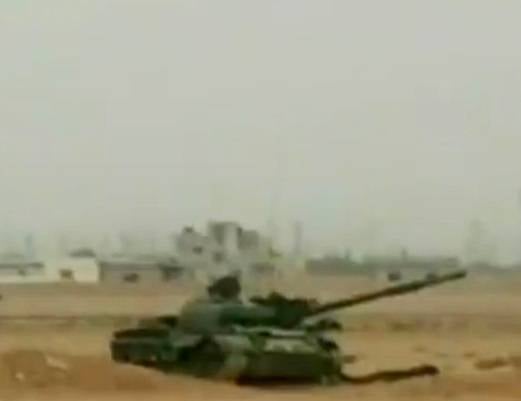 According to the expert, the impression is that the T-62M ran into a mine or explosive device. In this case, it is possible that some anti-tank weapon will fall from the side opposite from the lens of the video camera tank. On armored vehicles, there are no visible signs of fire or other damage.

T-62M were created using measures to increase mine resistance. The tank has an additional reservation of the bottom in the form of a special honeycomb frame, enhanced protection of the emergency hatch. Also in the control compartment between the bottom and the roof of the hull is installed the so-called pillers, which prevents the bottom from deflection in case of a mine explosion. Special work has been done to protect the driver’s seat. All this dramatically increases the chances of survival of the crew of the T-62M. 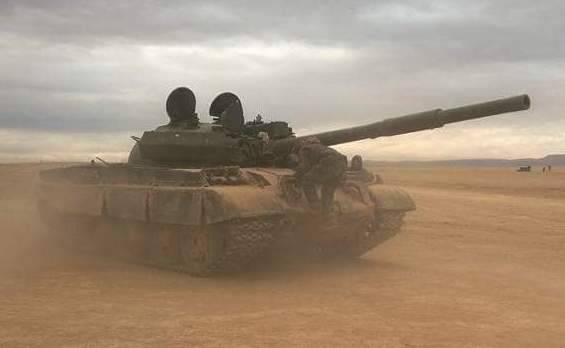 Ctrl Enter
Noticed oshЫbku Highlight text and press. Ctrl + Enter
We are
Anniversary of the famous Borisoglebsky Aviation School (BVVAUL named after V.P. Chkalov). Report "Military Review"French UAV Harfang based on Niamey in Niger (photo report)
39 comments
Information
Dear reader, to leave comments on the publication, you must to register.