February 15 2017
35
Colonel-General Viktor Goremykin, Chief of the Personnel Directorate of the Ministry of Defense of the Russian Federation, gave an interviewTo the News”In which he answered the pressing questions concerning the personnel sphere of the country's armed forces: staffing with officers, training officers, number of contract soldiers. 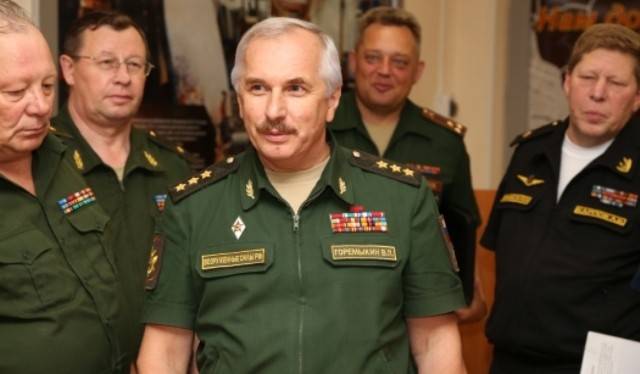 - A couple of years ago, the problem of the lack of officers in the Russian Armed Forces was quite acute. Did you solve it?
- I want to say at once: there is no longer any acute problem with the recruitment of officers. But, admittedly, there were certain difficulties. Although the recruitment of cadets to military schools did not stop, until recently they were not enough to fill all primary officer positions. But in the next year, 2018, the first full-fledged release of lieutenants will arrive in the army in the last five years.
In 2009 – 2012, the formation of the so-called “new look” was carried out in the Armed Forces. An important place in this reform was occupied by the optimization of officer positions. Their numbers have become smaller. Also, some officer positions were replaced by sergeants, foremen, and even civilian positions.
Therefore, significantly reduced the need for training officers. The number of cadets in universities has also decreased. For a number of specialties in which military posts were not provided for, training was stopped altogether. Therefore, until recently, we had a certain personnel shortage.
But today, with a small number of issues from military schools, we have used additional sources of staffing officers. They allowed us to recruit more than 7 officers in the Armed Forces. In particular, we are talking about the admission to military service under a contract of personnel officers in the reserve. All of them have the same military training, the same rights and social guarantees, like other officers undergoing military service under the contract. And their career depends entirely on success in service and the subsequent increase in the level of education and military training.
We also found extraordinary and at the same time effective approaches to maintaining the staffing of a number of other officer positions. For example, in 2016, for the first time, pilots from engineering officers with higher education were trained. These are people who have graduated from specialized military universities, who thoroughly know the structure of the aircraft and the principles of operation of its mechanisms. Their professional retraining took a year and a half.
Last year the first release of newly-fledged pilots came to the troops. Today, 50 are still being trained by such servicemen. In the line of the Air Force command, I think their flight career is well planned.
Another innovation is the training of short-term courses at military academies and colleges of officers - platoon commanders from a number of soldiers and sergeants under a contract with a higher education. In general, all recruitment sources allowed us in 2016 to recruit more than 11 thousand officers. We believe that all of them will remain in service until the start of full-fledged graduations from our universities in 2018. 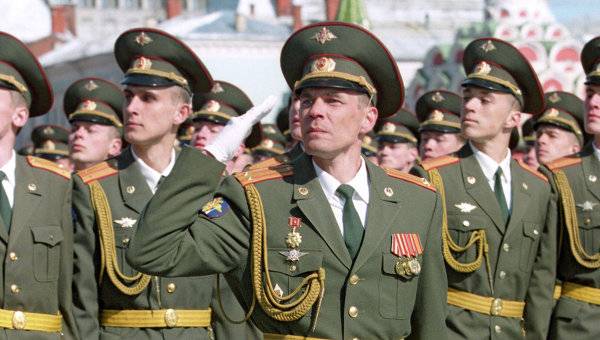 - How many are fired from the Armed Forces?
- An equally important task in the maintenance of staffing is the preservation of experienced officers motivated for military service. This work last year had a positive effect. For the year, the number of early dismissed officers was reduced significantly - almost twice.
To avoid early dismissal helps personal approach, individual work with each dismissed officer. Commanders need to pay attention to the life and concerns of subordinates, take all measures not to lose the present and future of the Armed Forces.
Another very important task is the preservation of young officers and especially university graduates. The work of planning their meeting begins today. We synchronize the work of commanders, personnel, housing, financial bodies and other interested structures. It includes internships at the place of future service, the solution of issues of housing, employment of family members, setting for all types of allowances, assistance in official and professional adaptation.
Next year, in addition to the traditional graduations in June and July, in a number of universities of the Ground Forces, the first graduations will take place in March and also in December. Winter and spring graduates will be for graduates of team specialties transferred to four-year training programs. These are the officers of the motorized rifle, tank troops and a number of other specialties of the Ground Forces.

- Until recently, future officers were trained for five years. How will the four-year study now be organized?
- Yes, indeed, until recently at the Ministry of Defense of Russia the period of study for all specialties was five years. But now, in certain specialties of the command profile of the Ground Forces, the period for mastering the basic educational programs has become four years. At the same time, neither the volume, nor the content, nor the level of the education received are changed.
The name of the civil specialty in the four-year program of study corresponds to the profile of the educational program "Human Resource Management". Without false modesty, I can say that we have taken a good pace of recruitment of cadets to universities. This is the most important task of prospective staff recruitment by officers.
This year, universities will be staffed with a variable composition completely. This will take into account the need to recruit and new formations, and troops to be re-equipped with modern equipment.
Now for the training of future officers, we are actively introducing new forms of training. In particular, since September last year's 1, the training of students and cadets of military schools has been switched to e-textbooks and teaching aids.

- Russian education has switched to the Bologna system. And how does this process go in military schools?
- I want to emphasize that in the universities of the Ministry of Defense the same standards of higher education are implemented as in civil ones. In military schools, undergraduate programs are not trained. According to the specialty programs, we train future tactical officers. The master's course is designed for the issue of operational-tactical specialists in military academies, as well as in the Academy of the General Staff - the operational-strategic level.
In military schools cadets master the program of a specialist. Such graduates occupy junior officer positions - platoon commander, battery, and also company or battalion level. For further promotion you need to master the master's program in the profile academy. This already opens the way to the post of commander of a regiment or brigade, deputy commander of a division. To be appointed to the highest officer positions, it is required to master the graduate program of the Military Academy of the General Staff.

- Talk about the transition of the Russian army on a contract method of recruitment have been going for a long time. What is the situation now?
- At once I want to note that increasing the number of contract servicemen, as well as ensigns and midshipmen, is the most important state task. It is defined by the May Program Decree of the President of the Russian Federation No. 604 of 2012.
The targets for the selection and enrollment of citizens for military service under the contract in 2016 were fulfilled by 100%. The established parameter of the manning of the Armed Forces with military personnel under the contract is achieved. This made it possible to staff almost 384 thousand posts.
On 100% staffed by sergeant positions. The majority of those sent for military service under the contract are up to 30 years old, they have a high or good level of neuropsychic stability. Today, at the positions of privates and sergeants, 67% of military personnel have vocational education (higher or secondary vocational).
The number of people admitted to military service under a contract with higher education is growing every year. In the 2016 year compared with the previous year, it increased by 2%.
To attract and work with candidates today, 83 selection points for contract military service are operating throughout the country. Two of them (in Kandalaksha of the Murmansk region and in the military-patriotic park of culture and recreation of the Armed Forces "Patriot") were opened in 2016 year. 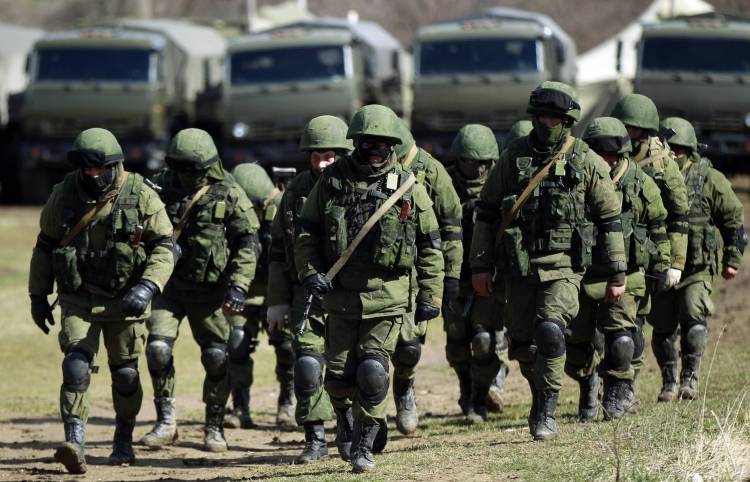