US in the Arctic: neither to yourself nor to people 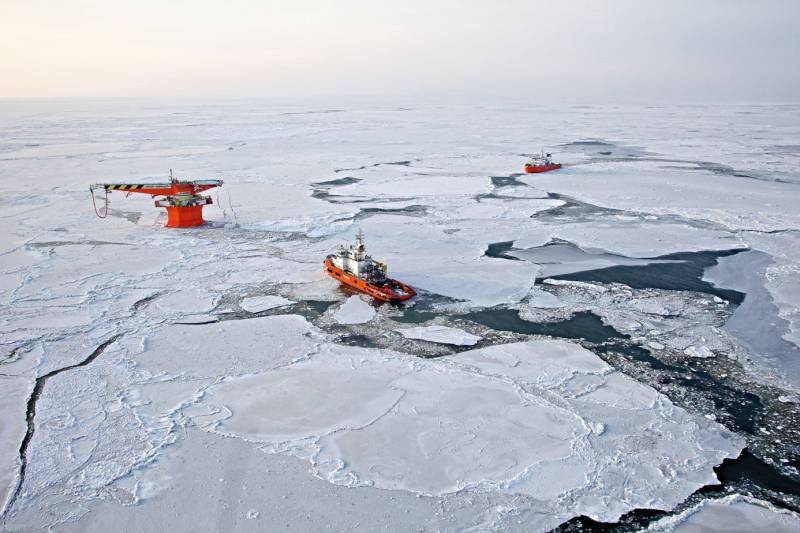 The meeting was attended by representatives of all countries participating in the Arctic Council (Russian Federation, Norway, Sweden, Finland, Denmark, Iceland, Canada and the United States), as well as representatives of other working groups of the Council and non-governmental organizations.

Since May 2017, Finland has become the chairman of the Arctic Council for two years. The focus was on the program that she plans to implement during this period. Among the tasks listed by the Finns, an important place is occupied by the issues of shipping and the protection of the marine environment from its negative impact.

One of the biggest events will be international exercises, which will be held in March 2018 of the year in the Gulf of Bothnia, during which oil spill response in the Arctic will be worked out.

To date, the use of heavy fuels (fuel oil) is one of the biggest problems in the region. As the transport and environmental group reported in its report, “in the event of oil spills as a result of ship accidents, it is impossible to completely clear the sea of ​​heavy sorts of oil products, which will adversely affect extremely vulnerable species in the Arctic.” It is known that only one ton of oil creates a film with an area of ​​about 12 km2, and a tanker can transport from 16 to 320 and even more tons.

Since the vast majority of ships currently use fuel oil in the Arctic waters, delegations made a joint decision to develop an information document with proposals for resolving the problem. The report will be submitted to the International Maritime Organization.

Another project aimed at protecting the marine environment from the negative impact of shipping was the Polar Code, which entered into force on January 1 of the year 2017. Russia and Finland were appointed to be responsible for monitoring its implementation.

Recall that in December 2016, former US President Barack Obama and Canadian Prime Minister Justin Trudeau declared the American and Canadian zones in the Arctic protected areas and banned the production of hydrocarbons in these territories.

On the one hand, the solution looks environmentally positive. No production - no associated infrastructure, the operation of which represents the greatest danger to the environment. The decision of the Western authorities supported the World Wildlife Fund and the international public organization Greenpeace. However, not everything is so clearly rosy.

First, shortly after his victory in the presidential elections in the States, Donald Trump noted that his plans include the active development of fuel production in the Arctic. Experts do not exclude that Obama's innovation was a farewell "gift" for Trump, whose political course he did not approve. Now, after the introduction of restrictions on extractive work, if Mr. Trump wants to re-start work in the north, he will have to seek the lifting of the ban through the courts, which may take more than one year.

Secondly, against the backdrop of the actions of Barack Obama, who have received a positive response from nature conservation organizations, the work of other countries in the Arctic region may cause public criticism. Despite the fact that the development of deposits is carried out in compliance with environmental standards and measures are being taken to improve the environmental situation in the region, they will look like a blind and irresponsible pursuit of resources.

This can play into the hands of Western countries. The US senator from Alaska acknowledged that Russia is far ahead of the United States in developing the Arctic region. “We are late,” he stated. And if the Americans admit that they will not be able to catch up with Moscow, they, nevertheless, may try to obstruct it.

Nevertheless, as the cooperation of Russia with Norway and Finland on the protection of the environment shows, no country takes any rash actions in the Arctic. On the contrary, the development of the region probably goes somewhat slower than it could, but in this case it is impossible to hurry. Without a doubt, each of the countries, considering its next step, acts in its own interests. But while some are worried about the safe increase of efficiency and the prevention of possible consequences, others are trying to do so that no one gets it.