Will Poland’s National Security Council find a “hand in Moscow” in an accident with Prime Minister Beata Szydlo? ..

February 11 2017
75
In the Polish media they spread information about the convocation of an urgent government meeting, as well as meetings of the members of the Polish National Security Council after the accident, in which the motorcade of the Polish Cabinet of Ministers Beata Szydlo landed. The premier motorcade was moving along one of the streets of the city of Auschwitz (it houses the world-famous memorial complex) at the moment when the Fiat car, which was driving along a secondary road, crashed into the escort car. 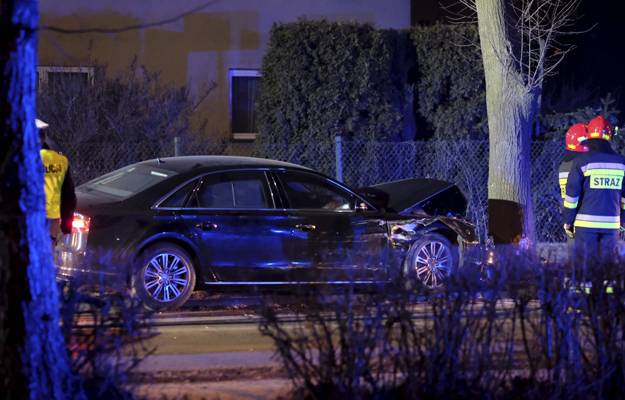 As a result of the strike and attempts to change lanes in the convoy, the limousine with Beata Szydlo slid to the side of the road and crashed into a tree. Shydlo received injuries and bruises and was sent by helicopter to Warsaw. She is in the hospital of the Ministry of Defense. This is reported in the Polish newspaper. "Vedomosti".

The submission says that there is no threat to the life of Beata Szydlo, but her guard, who was in the same limousine, is in serious condition ..

A spokesman for the Polish government said the belts and airbags had saved the Prime Minister from more serious injuries.

The identity of the driver Fiat installed, but the name has not yet been called. The Council of National Security of Poland instructed the police to check whether there was an accidental accident or “we are talking about a planned action”. Against the background of such statements, Polish social networks and the media have already decided to discuss a topic that is familiar to modern Poland, whether foreign special services are involved in the incident. Given the level of Russophobia in the camp of the Polish authorities, it is hardly necessary to be surprised if someone from the number of members of the national security council already had an idea about the “hand of Moscow”.