February 11 2017
27
The 227 artillery brigade in Adygea will be one of the most advanced in the Russian army. In Maykop will bring not only the latest technology and automated control systems (ACS) and drones. They will work deep in the rear of the enemy and give the “batteries” the exact coordinates of the targets. And the gunners "two hundred and twenty-seventh" will only press the buttons, as if in a computer "shooter." 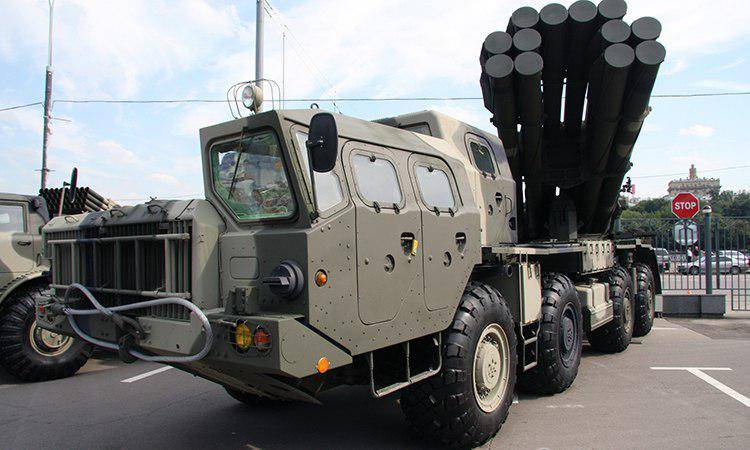 As Konstantin Sivkov, Corresponding Member of the Russian Academy of Rocket and Artillery Sciences, told Utru, aiming and firing, thanks to the automated control system, will be possible almost in real time. A few years ago it was impossible - they worked only in the old manner: the gunners on the spot determined the coordinates of the target, using intelligence and personal experience.

Now, according to the expert, the brigade will find the target itself. Including, in the rear of the enemy. In this case, the gunner automatically come all the data for accurate fire. Including the possible consumption of shells.

The role of reconnaissance aircraft will be performed by drones, which, through GLONASS, will transfer target coordinates to the system. The head of the military forecasting center Anatoly Tsyganok remembers well the days when such technical updates could only be dreamed of.

"Twenty years ago we carried out reconnaissance only on airplanes, sometimes helicopters. The risk was always great. With the advent of drones, we managed to avoid many casualties," says a retired military man.

Receive 227-I brigade and the latest weapons. Now in the brigade's location are 152-mm self-propelled howitzers MSTA-S and the Uragan multiple rocket launchers.

“And this year, the Coalition self-propelled guns and Tornado-S rocket launchers will be brought to Maykop. Guided ammunition will also be a good help. For example, a Krasnopole laser-guided projectile is suitable for the Coalition,” says Konstantin Sivkov. 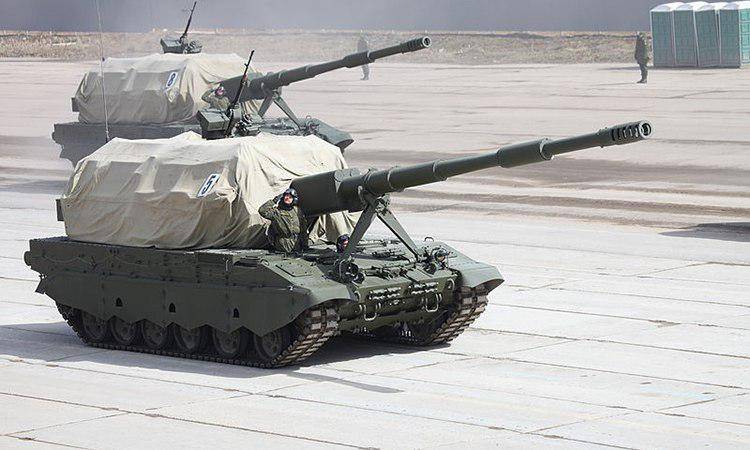 Self-propelled "Coalition" beats on 70 kilometers. And this is two times farther than the same MSTA-S. It is easy to imagine how much the fire power and radius of action of the brigade will increase. With regard to the MLRS "Tornado-S", which entered the Russian army only in December last year, it suffices to say that one salvo of the system covers an area of ​​67 hectares. This is about a hundred football fields. However, destructive power is not the main trump card of Tornado-S. Her horse - the most automated shooting. There is even a bike in the army that the system can successfully shoot back before all the shells have reached the target.

Why do we need such power of Russia on the south-western frontier? According to Anatoly Tsyganok, one of the main tasks of the brigade is to restrain the NATO aggression on the Black Sea. It is no secret that recently the alliance ships have significantly increased their activity on the Russian coast.

According to Konstantin Sivkov, the 227 brigade covers the Georgian-Russian border. Official Tbilisi has long been dreaming of joining NATO. So, in November last year, joint exercises with the alliance took place in Georgia. They were attended by the military of eleven NATO member countries. Even then, the Russian Foreign Ministry stated that "Russia sees in such activity a serious threat to stability and peace in the region."

Allows expert and deterrence of possible aggression of the Armed Forces of Ukraine. It's not a secret that official Kiev considers Moscow its main enemy. Theoretically, in the event of a conflict, the 227-I artillery brigade could come to the aid of the 150-th motorized rifle division in the Rostov region. We should not forget about the member countries of NATO - Bulgaria, Turkey and Romania, where the Americans have deployed a missile defense base, which can directly threaten Russia.

Finally, the revival of the 227 Brigade is a tribute to the traditions of the Russian artillery. "Two hundred and twenty-seven" leads his history since January 1943 of the year - then she bore the name of the 81-I gun artillery brigade and went through almost the entire war. She was awarded the Order of Suvorov and the Red Banner. And for the liberation of Tallinn from the Nazi troops was honored to be called "Tallinn".

In 90, the brigade went through both Chechen campaigns. And in 2009 it was disbanded during the military reform of former defense minister Anatoly Serdyukov. Now, after the revival, the honor is called - 227-th Tallinn Red Banner, Order of Suvorov Artillery Brigade.