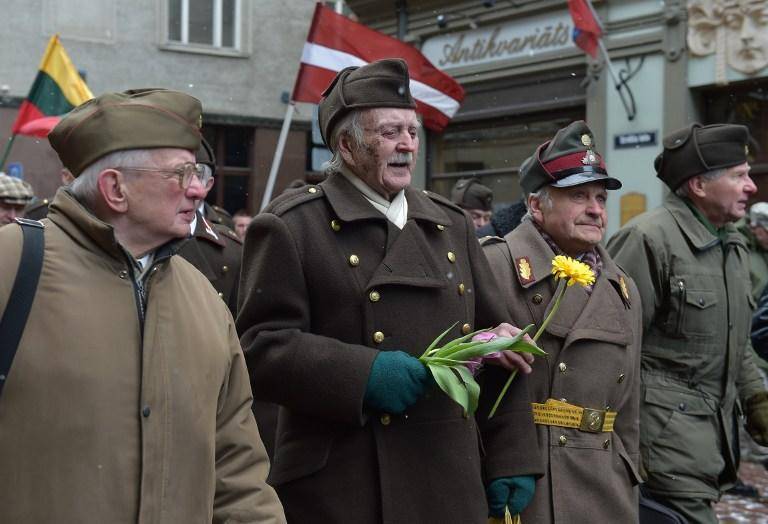 March 16 celebrates the Day of the Legionnaires of the Waffen SS in Latvia. The other day, the Riga City Council received the first applications of organizations wishing to participate in the event.

This non-state holiday is celebrated in the former Baltic republic since 1994. Every year, several hundred people gather at the event, wishing to honor the memory of the soldiers of the Latvian SS Legion, who allegedly fell in battles for the freedom and independence of Latvia. “Celebration” is accompanied by a procession of “veterans”, youth nationalist organizations and the laying of wreaths at the Freedom Monument, located in the center of Riga. Recently, applications for participation were filed by the ultra-right organizations “Hawks of the Daugava” and “In support of national warriors”. So far, the total number of registered participants is about 150 people.

March 16 date is not chosen by chance. On this day in the distant 1944 year, units of the Legion first fought with units of the Red Army near Leningrad, near the Velikaya River. Today, the Latvian state ideology justifies the actions of its fellow citizens and presents them as some kind of fighters against the “totalitarian regime”. Note that both Russia and other sensible countries have repeatedly condemned the leadership of the republic for the glorification of fascism in the post-Soviet space.

However, the Baltic politicians tirelessly refer to the “Declaration on Latvian Legionnaires in the Second World War”, signed by the Seimas 29 of October 1998. In it, the main justifiable thesis of the authorities comes down to the fact that the unfortunate legionaries were forced to join parts of the SS, since Germany conducted almost violent mobilization of the civilian population. In addition, many young people joined the unit to fight the "bloodthirsty Soviet regime" and protect their families from possible "Stalinist repression" in the event of a Soviet victory.

Nevertheless, historical the facts suggest otherwise. In particular, the so-called “Winter magic” makes doubtful the declared hopelessness and holiness of Latvians. This code name was given to the German punitive operation, whose strategic goal was the creation of a “neutral zone” in the Belarusian-Latvian border. Thus, the Wehrmacht planned to prevent the spread of the activity of Soviet partisans in the territory of Latvia.

It is noteworthy that the shock core of the Nazi formations sent to the Drissensky, Osvejsky, Polotsk and Rosson regions of Belarus comprised seven (!) Latvian police battalions (3 / 4 of the total number of punishers). Summing up the preliminary results of the operation, German General B. Bremer, in his report to Berlin, wrote that the punitive forces destroyed 223 Soviet partisans, shot 3904 citizens suspected of “banditry”, were sent to concentration camps 7275 people. This is only in one of the four districts - Osveisk. It should be noted that it was during the “Winter Magic” that the formation of the Latvian SS Legion began, which mainly included the police battalions participating in the operation.

How justified, after the above, to talk about the "hopelessness" of the Baltic fascists and their "fear of Stalinist repression" raises a big question. If we take into account the ratio of killed partisans and civilians, then the answer to it is by itself.

Recall that it took a little more than a year after the events of "Magic" and the Red Army conducted four major front-line operations to liberate the Baltic states: Riga (September 14 - October 24 October 1944 of the year), September September (17 - 26), Moonsund (September 27 - November 24) ) and Memel (5 - October 22). In the course of those battles, more than 120 000 Soviet soldiers and officers died. Of these, 112 people were awarded the title Hero of the Soviet Union, three - twice. This begs the question: did they give their lives for the Nazi marches through the streets of Riga?