February 10 2017
47
The State Duma Committee on Defense recommended deputies to adopt in the first reading a government bill that allows serving under contract to men who are not in reserve and have a secondary vocational education, reports RIA News. 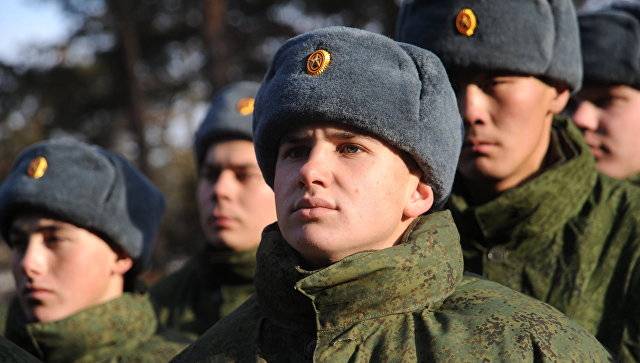 At present, only male citizens who are not in the reserve and have a higher education can enter into a contract with the Ministry of Defense without undergoing military service by conscription.

The idea being implemented by the bill is to provide male citizens who are not in the reserve, with secondary vocational education, the right to enter into contracts for military service in military positions of private and non-commissioned officers,
reads the explanatory note to the document.

It is also reported that the bill "provides the right to conscripts to enter military service under the contract before the expiration of the three-month period."

According to the authors, the adoption of the law “will make it possible to recruit the most demanded military technical posts, to increase the effectiveness of the operation of armaments and military equipment, and also to create an additional source of replenishment of the mobilization human reserve by trained specialists.”