The command of the ATO announced the downed "Russian" drone

February 10 2017
62
The headquarters of the ATO on Thursday announced a Russian reconnaissance drone shot down in the area of ​​the line of demarcation, the newspaper reported Look. 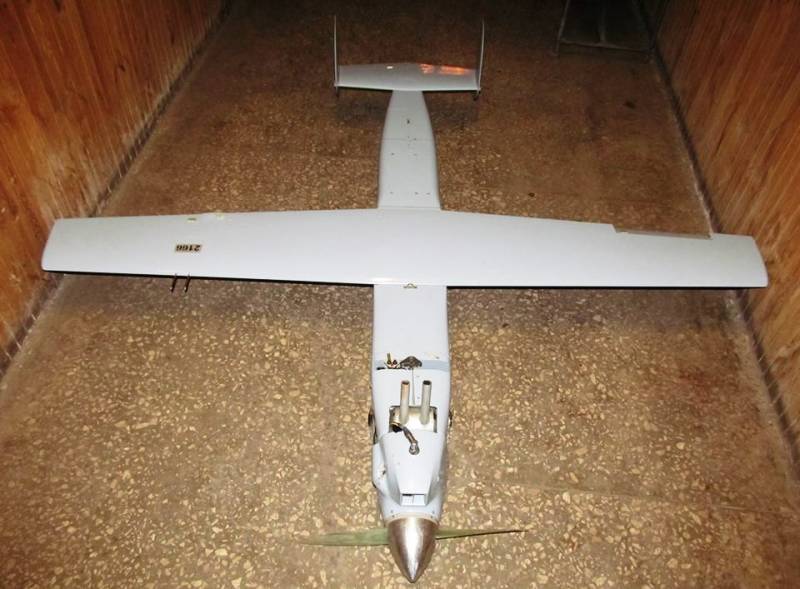 According to the press center of the headquarters, "an unmanned aerial vehicle was discovered on the evening of February 8."

After the command was convinced that the apparatus “did not belong to the Armed Forces of Ukraine and international organizations that could monitor the situation at the demarcation line by unmanned vehicles aviation, it was decided to destroy it, ”the press center’s Facebook release said.

According to Ukrainian security officials, "the drone was shot down from a rifle weapons". At present, the device is being studied by Ukrainian military specialists.

In this case, the headquarters claim that "a similar type of UAV is used by the armed forces of the Russian Federation."

Recall that in November, the ATO command reported a Russian Orlan-10 UAV, which allegedly was launched from the territory of the Rostov region of the Russian Federation, shot down in the area of ​​Melekino (Donetsk region).