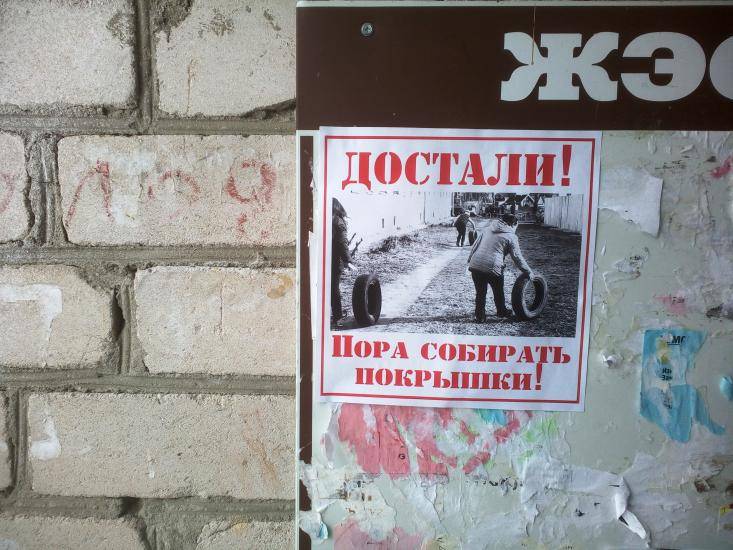 Considering that the parliamentary and presidential elections were held in the Republic of Belarus over the past year and a half, the next few years for the state can be called a period of political lull. At the same time, the Belarusian opposition forces that have significantly intensified their activities, it must be supposed, do not share this opinion.

Recall, April 2 2015, the President of Belarus, Alexander Lukashenko, signed the decree “On the Prevention of Social Dependency”, which received the name of the “Law of Carrion” in the people. According to the Belarusian leader, the introduced measure is aimed at stimulating economically active citizens who refuse to work in a crisis time for the country. Nevertheless, the decision made provoked a mixed reaction from the population, which, it seems, the opposition of the Republic of Belarus decided to take advantage of.

So, three weeks earlier, representatives of the Belarusian National Congress made a statement on holding a March of Disgruntled Belarusians on February 17 in Minsk. According to the official version of the organizers, the purpose of the protest action is the abolition of the decree “on parasitism” adopted by the authorities. However, there is every reason to believe that, by calling on the population for an unauthorized event, the opposition plans to solve other problems, among which, ideally, a repetition of the Ukrainian events three years ago in their state.

Probably, the main evidence of this can be considered as regular informational stuffing concerning the uncoordinated meeting. Opponent of the official authorities in the information sphere - the Charter'97 edition - wrote about this: “If at least 1% of this mass takes up axes and forks, a new government will happen in the country”. As it turned out, the call to come to the rally with personal agricultural equipment found its continuation.

Recently, a group of activists posted stickers in Brest calling on local residents for an unauthorized march, in which, in addition to taking reminders to take forks and axes, the authors propose to bring tires to the rally. In the propaganda leaflets pasted around the city, literally the following is indicated: “We got it! It's time to collect tires!

Understanding the situation, it is impossible not to note two negative trends.

First, recently there has been a clear desire for consolidation among opposition structures. A vivid evidence of this is the formation in the middle of last year of the Belarusian National Congress, whose council included all well-known democrats of the republic, including Nikolai Statkevich, Dmitry Dashkevich, Vladimir Neklyaev and other oppositionists.

Secondly, it is necessary to say about the active work on the coverage of protest events in Belarus, which is carried out by Western-sponsored local media. In addition to screaming slogans, information resources are also engaged in an educational function, explaining to citizens step by step how to conduct a revolution in their country.

Anyway, there is still an antidote to the contagious idea of ​​opposition structures. Obviously, the majority of the population of the republic is not interested in repeating the Ukrainian scenario in their state, no matter how much the Belarusian opposition would like it. Apparently, this is the only case where the Maidan, organized three years ago in Kiev, had a positive impact, however, on residents of another country.