Why is there a circus in Kiev, and death in the Donbas? 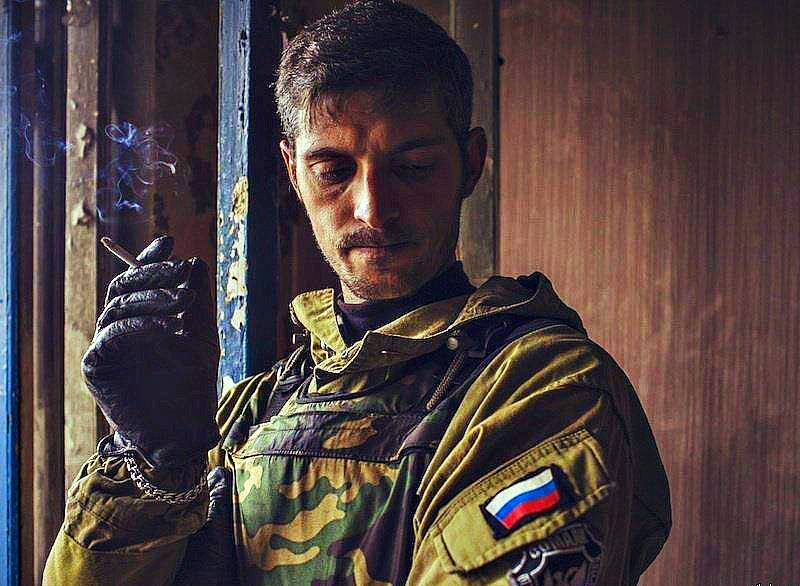 LDNR kill. Slow and methodical. They are being destroyed on both sides almost simultaneously - with massive shelling of peaceful cities and endless breakthroughs and provocations along the line of contact.

And cynical, calculated to the smallest detail, stabs in the back. I wanted to talk about the latter in more detail, because if earlier terrorist attacks and assassinations of Ukrainian mercenaries caused only righteous anger and a desire to take revenge, then recently the terrorist war has increasingly caused confusion and a lot of inconvenient and, moreover, ambiguous issues.

Everyone knows that the hero of the DPR, the commander of the Somalia battalion, Mikhail Tolstoy, better known as “Givi”, died. I think you should not retell the details, because at the moment there is more than enough information. I would just like to dwell on the murder itself.

The investigation confirmed that a shot was fired at the Givi office at Somalia’s headquarters from the Bumblebee rocket infantry flamethrower, which had already proven itself in Afghanistan. At that moment, Mikhail was in the room, so he had no chance of surviving. As a result of a powerful explosion, several floors of the building were completely burnt out.

The hype, of course, rose unimaginable. “Givi”, one might say, was a cult personality and a real hero for all residents of LDNR. During the three years of the war, he repeatedly proved his loyalty and devotion to New Russia. The Donbass naturally rages and is indignant, and the Ukrainian pseudo-patriots, young and old (I’m talking about the ranks now), mock and dance on the bones, as befits vultures.

The official preliminary conclusion of the investigation seems quite logical against the background of the dirty methods of war Kiev has been using for three years. Although many are trying to make fun of the version with the Ukrainian DRG, or at least subject it to serious doubt, unequivocally hinting at either internal disassembly, or the ubiquitous "hand of the Kremlin." That's what I wanted to talk about.

The actions of Moscow do not smell here and with a comprehensive review, because it is simply illogical due to the lack of motives. Givi was an iconic figure, but it was prudent not to get into politics and couldn’t prevent anyone other than the Ukrainian special services, whatever the representatives of the latter are now squealing about.

Kiev, more than ever, now needs an explosion and a total escalation of the conflict. Especially after the failure of the Avdeev adventure. The Donbass is being forced into war with all its might, and Poroshenko would most of all now suit another cauldron with thousands of dead warriors of the Ukrainian Armed Forces. A full-scale offensive is now stopping the west, so bets are made precisely on the counterattack in response to the regular offensive of the LDNR army.
On the one hand, all the threads lead to Kiev.

On the other hand, the incredible success of a simple and uncomplicated operation is striking. The SBU, vaunted by patriots, cannot even more or less plausibly fake an attempted murder of a people's deputy (remember Gerashchenko) and makes a real booth around a pair of stabbed homeless people. All their “successful activities” revolve around the weekly capture of another party of “separatist-saboteurs” in pursuance of the quarterly plan. And only for beautiful (and idiotic) pictures on the TV.

I liked the objection of one of the couch analysts, saying that we should not forget that the SBU still lacks the “old men” of the old KGB school, who could have turned the more serious operation. In response, I would like to recall the so-called lustration. Independent racers for three years managed to completely clear their ranks of the so-called "old school", and at the same time and destroyed the remnants of professionalism in the department.

No, the SBU does not smell here. Circus performers cannot afford murder on foreign territory. They would bum women and old people in the occupied villages, but the plan for separatism should be handed over once a month. In this "heroes" have long been filled. So all statements about the involvement of the SBU, and even the Ministry of Internal Affairs have only a political color.

Well, how can the same Shkiryak plan and organize at least something other than his own muffled chatter about provocations and maybe a couple of actions under the Lukyanovka SIZO on the orders of the boss? Yes, Avakov would not trust him and keep a candle while they are sawing the budget with fellow hyenas (well, or something else, or someone else).

In Donetsk, worked DRG. Even, perhaps, consisting of foreign mercenaries. With the current income of Poroshenko, PMCs can easily afford, and even more than one, and there are enough “pocket” terrorists in Ukraine now. The same Turkish “Gray wolves” in Kherson would be perfect for such “work”. Clearly, there is little hope for their “cubs” from the power steering.

The main question of my sad narrative is not “Who and why” (although it seems to have dealt with this superficially), but how was such a thing allowed to happen at all? And for the umpteenth time. Literally four days ago in Lugansk, the colonel of the people's militia of the LNR Oleg Anashchenko, whom many considered the formal head of the defense ministry, was undermined. Not so long ago killed Motorola. The key fighters of the entire militia of the southeast are killed easily and naturally on the territory of the LDNR.

At the same time, for three years the Ukrainian team of screamers on TV has already developed a certain idiotic practice - to warn about the attempt in advance. Remember, before each high-profile murder, the Ukrainian media literally foams with the same temnyk: “mass purges are being prepared in the DPR”, “the Kremlin’s hand is getting rid of pawns”, etc. etc. So why the security forces of the republics every time are not ready for the assassination? Today, Basurin uttered just a brilliant phrase (really sensible, without any irony) - “It’s time for the DPR to think about a new security concept.”

As they say, less than three years. It turns out in the very fact that neither is literally ...

After the loud murder of Anashchenko, Poroshenko’s militants quietly drive up to the headquarters of one of the most effective and professional battalions and fire at the command center window from the RPO (roughly speaking). And, by the way, they are also quietly dumped from the scene of the crime.

Guys, sorry for the involuntary rudeness and possible disrespect, and you have a war there?

Headquarters, in theory, should be a secure facility under 24-hour security. And it turns out that Motorola was guarded at his house better than the headquarters of Somalia. After all, no one noticed the attackers, that is, they did not smell like a “perimeter”.

Also, which year already raises many questions to the Ministry of State Security. You have the fighters cleaned up under your nose, but everything ends up with loud accusations and the “Interception” plan. Difficult to argue, some terrorist attacks were prevented and operational actions bore fruit. But for some reason, as soon as the hunt for serious people begins, the security service rests. It is surprising that with this situation Zakharchenko himself is still alive. The guardian angel is simply impenetrable.

Today Basurin not only expressed the opinion of the majority, perhaps without understanding it himself, but literally flooded the security service of the republics. You have been killing your heroes for three years and confine yourself to serious statements that you need to do something about it. So maybe all the same time.

Why Kiev can not present anything except circus performances (especially the SBU), but in the Donbas manages to sow death?

I would like to apologize for some rudeness at such a bad time, but this is a purely personal opinion. Just boiling.